Interview
Except the Clouds
These enigmatic views of Athens present the city as a paradox, its rich and luminous past forming the backdrop to the turbulent events of recent times.

Except the Clouds
These enigmatic views of Athens present the city as a paradox, its rich and luminous past forming the backdrop to the turbulent events of recent times. 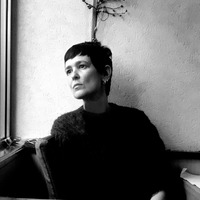 For Bérangère Fromont, Athens is a paradox of a city. In its streets, sediments of its rich and luminous mythological history form the backdrop to the turbulent socio-political events of recent times. Looking for these different temporal layers, Fromont’s book Except the Clouds captures the present moment in monochrome, binding together both light and dark, intensity and resistance, chaos and silence. Embedding herself in the furor of the streets, the resulting images she takes are surprisingly quiet and fragile, isolating objects, buildings and people from their place in this upheaval for further reflection.

Released last year by independent publishing house VOID, the book is currently on view at Minimum in Palermo—but in a different form. A multidisciplinary photography space packed with images, machines, prints, ideas, books and projects, the show is a “contamination of the authors involved”: a meeting of different minds and voices working together to bring the images off the page and into the space.

In this interview with LensCulture, Fromont shares her memories from her first visit to Athens, dissects the relationship that ensues and discusses the opposing forces she perceives on its streets.


LensCulture: Can you tell me about the beginnings of Except the Clouds? How did you end up in Athens? What is your relationship to the city?

Bérangère Fromont: It’s a long story, actually. I didn’t really choose Athens. Someone chose for me. Everything is linked to the terrorist attacks at the Bataclan in Paris in 2015. Emotionally, I couldn’t get over it. Making images no longer made sense; the next image could only be black. I wanted to stop photography. Then, a friend who was going to Athens asked me if I wanted to join. She praised the city and the Exarchia anarchist district. I followed her. I brought my old Nikon just in case. Little by little I started to see again.

The light came back in the dark, fragile but alive, thanks to Athens and its people. There I could feel a much more intense life force than anywhere else. At that time, there was the first big wave of migration and in the neighbourhood everyone was concerned. Unfortunately, things were very different in Paris. I finally saw hope in an humanity I thought I had lost. I started wanting to make pictures again. So I decided to photograph Athens and look for light, even in the darkness and shadows. Perhaps to convey some of this renewed enchantment.

LC: Where do these pictures sit amongst your previous work?

BF: I’ve always worked on issues around the idea of resistance. First with a series on adolescence as a state of mind; revolt in the face of the adult world. Working on the Athenian revolts was a logical continuation.

LC: There’s an important fragment of text that seems to have shaped and guided your interaction with the city. Can you tell me a bit about what guided you on your discovery of the city?

BF: In building this project I read a lot and reread Didi Huberman’s Survivorship of Fireflies. I became obsessed with this quote from Walter Benjamin. “In a landscape where nothing was recognizable except the clouds, and in the middle, in a field of forces crossed by tensions and destructive explosions, the tiny and fragile human body.” I realized that all the work I’ve done was summarized in this sentence. This opposition between the permanent and the fugitive, between chaos and fragility. I started walking the streets with this sentence in mind, chanted in a loop. An invisible thread that gave purpose to my long walks.

There’s an image I kept of my first trip. It served as a basis for what followed. In it, there were several opposing forces. Between the past and the present, with that fragile ray of sunshine on the columns. The sun is also permanent but marks the time that passes with its movement. And these stones are immutable. That’s what’s left when everything falls apart.

LC: Tell me about the Athens that came together in your images.

BF: For me, Athens is a city of contrasts—at all levels. Between the remains and contemporary ruins, between the stealthy, the fragile and the timeless. Between the flesh and the concrete.

This text by Benjamin, who gave the title to my book—Except the Clouds—speaks of the impossibility for a generation to find a moral or political reference point in the experience of war to face a world in ruins. This title becomes a reflection on the experience of history and the way in which young Athenians in revolt seize history and face societies that can no longer think about the future by learning from their past. The book is also a figurative narrative about timelessness and what survives the chaos of the world and confrontation.


LC: The images that make up your tense monochrome vision of Athens are diverse, from the photographs of the anti-austerity riots in 2010 to more abstract objects, difficult to place in space and time. Can you say something about what you were searching for in the final constellation of images?

BF: A Greek photographer Nikolas Ventourakis recently told me something very beautiful: “John Berger says that at any given moment, the moment can be absolutely immense. I get that impression when I look at this book. It is as if I were presented with the immensity of the moment extended and propagated over instants, time, space.” I really like that idea.

This work is a reflection on the contemporary. The contemporary is the past, the present and the future. But also the subjective and the objective. Photography allows us to put everything in the same plane. I could say that the book is a fresco of a vast moment.

LC: You’ve worked with Greek independent publishing house Void on both the book and the exhibition. Tell me about your collaboration. Was it important to work with people that really understood Athens as a city?

BF: Working with the Void team gave the project some legitimacy. It was obvious that the book would be published by a Greek, and more importantly Athenian, publishing house. But above all, it meant a lot for the project. Being foreign to the city and the country, I allowed myself to give a vision of it that, even if personal, should not betray Athenians.

Editor’s note: Except the Clouds is on view at Minimum in Palermo until November 2, 2019. You can read more about VOID and their story in the LensCulture interview from earlier this year. 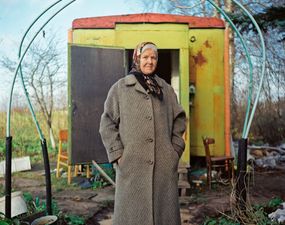 Plane Watchers: Evicted in Estonia
Annika Haas
Whole villages are being uprooted in Estonia simply because the “old ways” are an eyesore near a prominent airport. 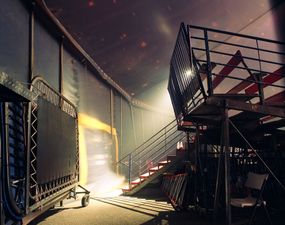 Circus
SF Camerawork
In a new exhibition at SF Camerawork, artists interpret the titular theme in a multitude of ways. Expect to see acrobats and trained animals—but also a sharp critique of our contemporary media environment and the everyday spectacle that is... 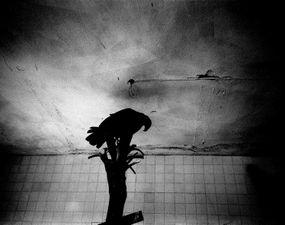 What Are These Mountains Dreaming About?
Gilles Roudière
Albania, despite its proximity to Europe, remains an unknown spot on the map for many—these photographs take us on an emotional, subjective journey deep inside this haunted, sensual land. 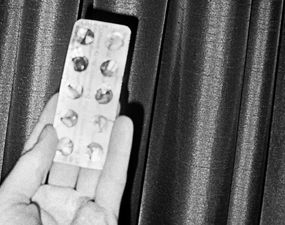 Polarity
Jonas Larsson Folkeson
This intense, deeply personal series looks at the highs and lows of bipolar disorder from the photographer’s own experience—while connecting his internal turmoil with feelings of uncertainty we all feel at times. 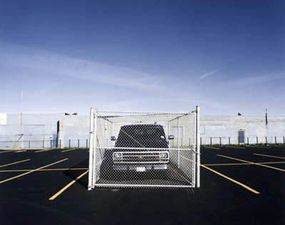