Interview
To Discover a Story
Italian photographer Carolina Repezzi unfolds the story behind this arresting portrait of a young water seller, taken in the Agbogbloshie e-waste scrapyard in Ghana.

To Discover a Story
Italian photographer Carolina Repezzi unfolds the story behind this arresting portrait of a young water seller, taken in the Agbogbloshie e-waste scrapyard in Ghana. 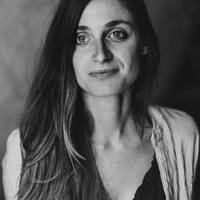 This award-winning photo was made in a hellish place that has become one of the biggest electronic waste dumps in the world. Carolina Rapezzi, an Italian-born photographer now based in London, won the single image category in the LensCulture Art Photography Awards 2019. One photograph among the many that make up her project Burning Dreams, the image is of a young woman called Rashida selling water in the Agbogbloshie scrapyard and electronic waste dump in Accra, Ghana.

In this interview, Rapezzi speaks to W. Scott Olsen for LensCulture about the story behind this photograph, the complex issue of e-waste and the other projects she is working on.

W. Scott Olsen: Tell me about the story behind the image around which the rest of this project unfolded.

Carolina Rapezzi: The way she was moving was very elegant—very slow, very casual, very feminine. She was different from other girls in the area. And when I saw her sitting in that position in the wheelbarrow, I just started moving around her. For me, that shot was how I saw her in the first place.

Unfortunately, she doesn’t speak English very well and I was alone. She smiled at me, I tried to have a conversation with her, but the only information I got was a name and that she comes from the north of the country, as do many of the girls and guys working there. She went to sell some water, I went to find the fixer but by the time we went back the burning was finished and she was gone, along with the other water sellers. Since then, we have been trying to find her. We only know she has not been in the scrapyard for a while and that she has probably gone back to the North.

Rashida represents many other young women working in Agbogbloshie. Most of them had to stop going to school very early, in order to support their families earning some money. When I returned to Agbogbloshie in November 2019, I was intent on continuing the story and knowing more about this part of the community as well.

WSO: You were not there to take portraits or art shots, though. You were there as a photojournalist. What can you tell me about the larger project?

CR: This photograph is part of a bigger project called Burning Dreams. The project is about the younger generation working in Agbogbloshie. I was interested in the environment and the pollution—more specifically e-waste pollution and its consequences. For years we have seriously underestimated the concept of distance, when it comes to waste disposal. We have hidden, buried, shipped our waste—including e-waste—to different countries. And now, we are all paying for it. However, there are people who are directly affected by these trades.

Who are they? How are we connected to them? Are we dealing with our international responsibilities? I went to Agbogbloshie because, despite the Basel convention, which is meant to control hazardous waste moving from developed to developing nations, the scrap yard has become one of the biggest electronic waste dumps in the world. Concerned about the fast pace consumption and disposal of electronic devices, I thought discovering the local communities working and processing ‘our’ waste—the e-waste we send them from the western world—was a good starting point. I wanted to tell their stories, discover their dreams and also, reflect on the responsibilities of different countries.

The burning area is part of the scrapyard where outdated computers and phones are burned. These items are first shipped to Ghana, and some of them are reused, some others are recycled, and when they can no longer be used, they are burned to extract raw materials. This unregulated process causes toxic emissions and soil and water pollution.

WSO: Tell me a bit more about what happens in the scrapyard.

CR: The burning area is part of the scrapyard where outdated computers and phones are burned. These items are first shipped to Ghana, and some of them are reused, some others are recycled, and when they can no longer be used, they are burned to extract raw materials. This unregulated process causes toxic emissions and soil and water pollution. As well as the men who are doing the burning, there are also little girls and women selling water and drinks. Rashida was one of them.

WSO: Your image won an art contest. Not portrait or documentary. For me, the image is much like the painting of Jean-Francois Millet. Do you see hard lines between the different styles of photography?

CR: I have always wondered about the boundary between art and photojournalism. There are different versions and it’s very difficult to bring something more artistic that can fit within photojournalism, although there are beautiful images and amazing photographers who can do it. My challenge was always: am I doing it? Am I able to do it? I come from a family where my father is a painter, an artist, so I’ve grown up among canvas, drawings, art books and colors. This picture, when I saw it, reminded me of a painting straight away. And I think it reflects exactly what I saw about this little girl when I first saw her.

WSO: Did your artistic environment while you were growing up lead you naturally to photography?

CR: I studied the Science of Communication at university, so photography was not in my mind for a long time. Until something clicked. My interest was mainly in journalism at the beginning. But I had a passion for photography on the side, like a hobby. The studio photography I practiced while working in a fashion agency in Florence was not enough. I started street photography in San Francisco, for three months, but there was still something missing.

It was after a trip to Palestine that I realized how journalism and photography could merge. I wasn’t sure if I was able to tell stories, but my interest in talking to people and understanding who they were was a way for me to reflect on current issues, but also on myself too. It was an exercise, really. I understood that I wanted to tell those stories and that I could do it through photography. Since then, photography has become an immersion, a deep research, a way of discovering.

Art is definitely part of this process. I usually do a lot of research and I get inspiration from all forms of art: paintings, photography, performances, illustrations, but also theatre, music and dances. I was a ballerina for 13 years.

WSO: You keep using the word ‘stories’. And you said studio photography was not enough. So would it be fair to say one of your real interests is narrative?

CR: Absolutely, that is correct. For me it’s not enough to take a shot and run away. That’s not my idea of photography. I just want to understand. It’s a process of questioning and discovering. Through narrative, my aim is to give people the motivation to start questioning topics, their own ideas and opinions and, possibly, reevaluate them. Not to discard them. For example, I am at work on a project called It Was Meant To Be, which is a long-term ongoing project about transitioning genders I started in 2017.

It’s been very interesting for me as a woman to see someone learning how to become a woman, to transition from man to woman. I had never really paid attention before to many aspects of my own gestures or manners or things that I take for granted as woman, but that a transperson has to learn. This is why I like to immerse myself in stories. This is photography for me. And also when I do stories, like Burning Dreams, which is classic photojournalism, the aim is always to bring something more personal that can have an impact.

WSO: You have these long-term ongoing projects. What else are you working on?

CR: For sure I’m going back to Ghana. I want to keep working on the e-waste pollution issue. Not as an assignment, but on my own. And the story behind that picture is an ongoing story. I’m still trying to find the girl in the photograph. I’ll be focusing on It was Meant to Be, but I’ve also started working on another project in London, which is about knife crime. This project is at the very beginning. I’ve been working with a volunteer, Courtney Barrett, who has started doing knives collection door to door in specific areas of London.

Most of the knife crime in London is rooted in young teenagers taking knives from their kitchens. So Courtney has started going door to door, along with other volunteers part of ‘Binning Knives Saves Lives’, inviting people to get rid of their excess knives so they can have more control over what is happening.

WSO: Your stories are all about the border between social and personal responsibility.

CR: Yes. Like I said, I want viewers to question and reevaluate their own beliefs.

Editor’s Note: Carolina Rapezzi’s portrait of Rashida won 1st Place Single image in the LensCulture Art Photography Awards 2019. Be sure to check out the rest of the inspiring work that was selected! 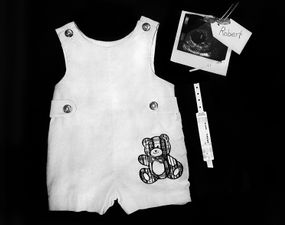 From Online Exposure to “Going Viral”: A Look Into the Editorial Process
Photolucida Organization
A conversation with Behold editor David Rosenberg, offering some revelation about the processes of exposure and discovery in today’s crowded world of online publishing. 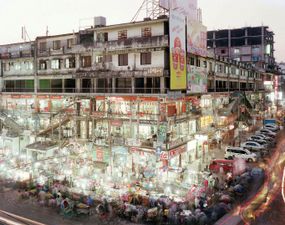 Future Cities
Noah Addis
It is estimated that by 2050, the world’s squatter population will hit 3 billion—this series explores what life looks like in these informal, unplanned settlements that are growing across the world. 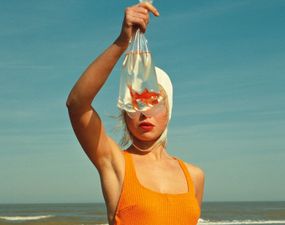 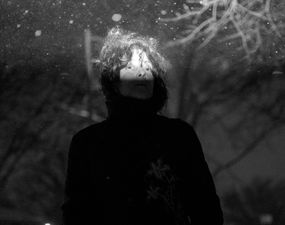 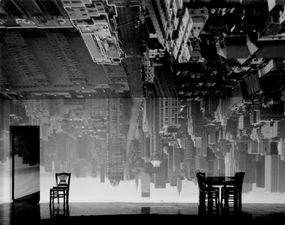 On Photography, Life, and Dancing
Abelardo Morell
This amazing yet short video is pure inspiration for all photographers interested in exploring the endless fine art possibilities that the basics of light and images provide. 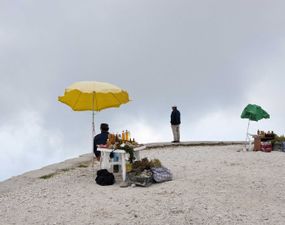 Mediterranean Variations: Photography, Light and Culture
Mois De La Photo
Over 100 preview picks from the Paris Month of Photography celebrating the richness, warmth and diversity of the Mediterranean experience.