Book review
Primal Sight
Curated by Efrem Zelony-Mindell, this book surveys the rich and elastic world of black-and-white photography via the works of over 140 artists and essays from Zelony-Mindell, David Campany, and Gregory Eddi-Jones.

Primal Sight
Curated by Efrem Zelony-Mindell, this book surveys the rich and elastic world of black-and-white photography via the works of over 140 artists and essays from Zelony-Mindell, David Campany, and Gregory Eddi-Jones.

Weaving its way from landscape to portrait, still life to assemblage, Primal Sight takes a near encyclopedic approach to sight itself. From Ally Caple’s quiet but forceful portrait Jasmine in Home Studio to Anastasia Samoylova’s dimensional Black and White Mountain, the viewer is led through multiple iterations of what a photograph can be. A survey, whether an exhibition or a book, is a hard format to get right. What is enough and how much is too much?

There is often the sense of ticking the boxes, going down the line like a to-do list. A book can be a good structure for this; there is a beginning, a middle, and an end to the narrative. Yet one of the great successes of Primal Sight is its ability to both flirt with and scramble narratives. It presents paths between imagery, a fast moving rhythm and then a sharp stop, a zig and a zag to explode the notion that photography could ever be so easily defined.

This is the device, the first trick in which less is revealed to be more. The photographs assembled here depict a world writ large in light and shadow. There is an intensity to the images as there is to the book itself. Large scale with its title in thin white letters filling the cover, the book is a confident object. It announces itself, pulling the viewer into its world. Black pages ground the book, providing a striking design, another way of turning expectation on its head.

The book opens and closes with essays that are emphatic, full blooded. In his closing essay Gregory Eddi-Jones writes that, “Black-and-white photography is peculiar. It is a choice now.” To some it may seem a limitation. Why choose to narrow your spectrum when the world is in color? When we live in a time of instant documentation, showing our followers our hyperreality, why strip it of animating color? This supposed narrowing on first sight hides the particular, quiet power of black and white imagery. In choosing to work this way the photographer is often exerting a form of control—they call the shots, they muddy the water, they play with ambiguity.

In speaking with Zelony-Mindell, they stressed the seduction of this ambiguity. Madeline Cass’s image geometry, at rest, 2019, is a perfect example. A structure fills the page, with rounded arches and a tiled roof. It is nondescript and yet highly familiar. There is something both comforting and unsettling about it. It is hard to tell if it was photographed during the day or at night. These conflicting perceptions open up a space for the viewer to insert themselves, to take the narrative cues and fill in the rest of the story.

Zelony-Mindell also told me of their desire as a curator to create “this immersive, atmospheric experience, even if it was just subtle.” This atmosphere finds itself in the sticky interior of a club in Meryl Meisler’s Black Leather Jackets During Last Dead Boys Concert CBGB, NY, NY, March 1978, the contrast sharp against the figures leaned into each other. This position of two reappears in the figures of Ohemaa Dixon’s Pas de Deux, the soft grey focus cloaking an intimate moment, one that feels both active and gentle.

Throughout the book, I found myself drawn to the pleasure of flipping back and forth, connecting single images and spreads that recalled prior pairings. The high visibility stripes of the construction vests in Mac Lawrence’s Melville felt linked to the striated building in Richard Anderson’s Hollywood, and akin in their glow to the surfaces within Nando Alvarez-Perez’s Primary Document 092315. Manda Quevedo’s image of a luchadore arms stretched above their body feels monumental as if the human form of the peaks of Drew Nikonwicz’s hazy mountain ranges. I started connecting the limbs of Alex Avgud’s Olivier ( as on a crucifix ) to those of Patricia Voulgaris’ I’ll Be Your Mirror, wondering about the stretching of muscle, the pain of holding a pose, the reflected light crowning the image like a North Star.

‘Primal’ has two definitions; the first pertains to the early stages of development whilst the second refers to the foundational importance of something. In photography, of course the primal stages were black-and-white. Color was a late entrant, a finicky friend in its early days. The camera at first recorded light and dark, the building blocks of form. In the decades it took to bring stable color to the market, photographers learned the richness and emotion of greyscale. The inclusion of images by Aaron Siskind and Duane Michals acts as a bridge. Michals’ radiant The Illuminated Man in all of its glowing glory reads like a signal of connection between past and future in communion with the quiet profile in Close by Rana Young and Zora J. Murff. Across many of these photographs what comes across as primal is the sharp spark of emotion, wonder, mystery that these images illicit.

This book is intergenerational, intersectional, and deeply intentional. It presents the vibrancy of contemporary black-and-white photography as well as a nod to its forebears. Primal Sight is as intimate as it is subversive and as timeless as the medium itself. 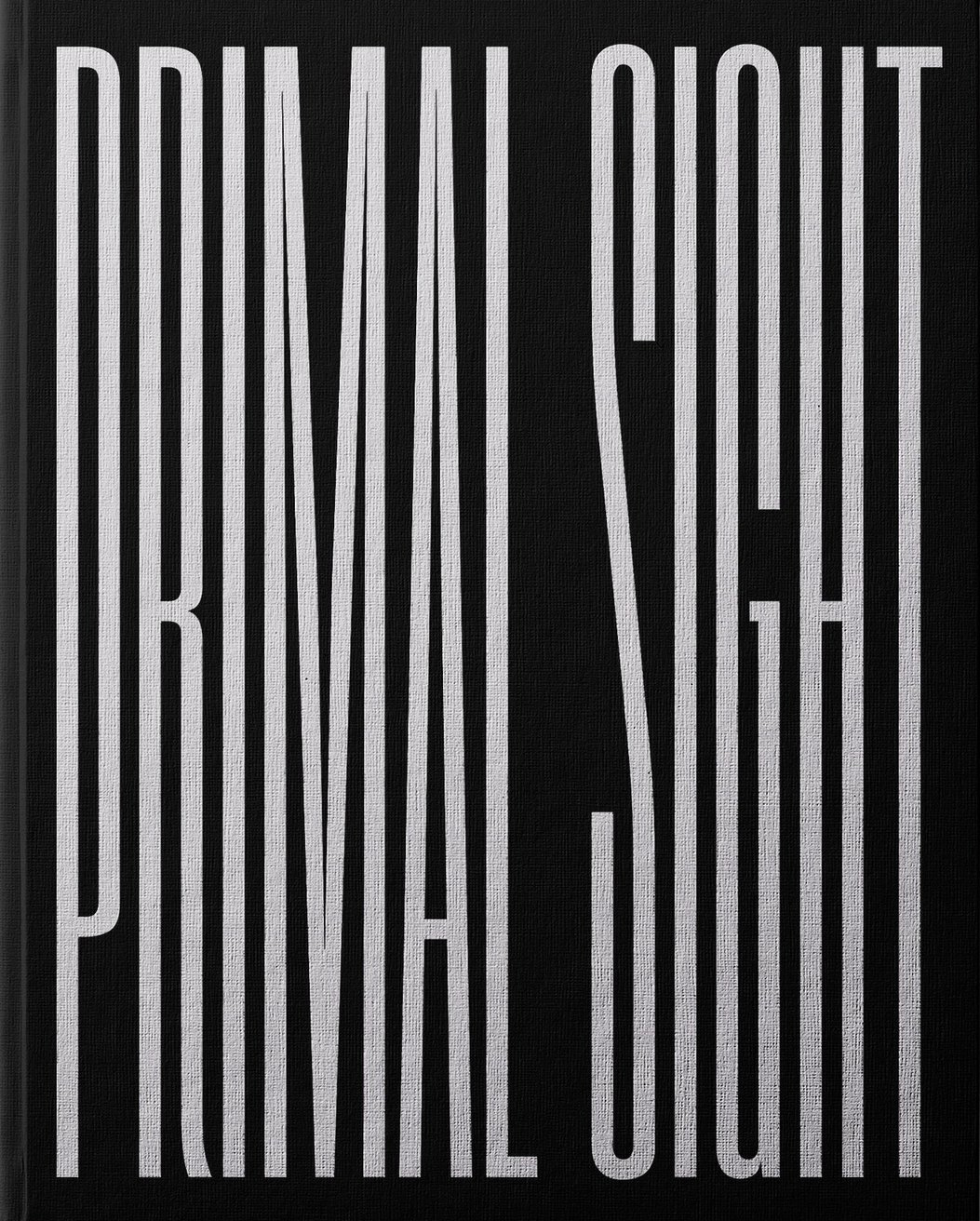