Interview
From Labyrinth
Delving into the uncertainty felt by his generation, Iranian photographer Farshid Tighehsaz’s gritty monochrome images penetrate the fears and tensions of the collective unconscious.

From Labyrinth
Delving into the uncertainty felt by his generation, Iranian photographer Farshid Tighehsaz’s gritty monochrome images penetrate the fears and tensions of the collective unconscious. 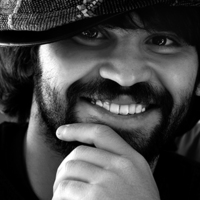 The impact of collective memory and trauma is not only confined to the experience of those who personally face life-changing events firsthand. In reality, the weight of those experiences are carried forward to subsequent generations in the form of culture and societal norms. The Iranian Revolution of 1979 was swiftly followed by the Iran-Iraq War, which officially lasted from 1980 to 1988, but the trauma that those years caused still courses through the lives of young Iranians to this day.

Photographer Farshid Tighehsaz was born in Tabriz in 1987, and is part of the “generation after the Revolution and after war.” In his project From Labyrinth, he searches for evidence of the growing complexity and depression he senses in himself and his peers. Envisioning and capturing the fearful atmosphere of a post-war generation through the lens of his camera, his images offer a representation of generational psychology. Throughout the pursuit of the project, he found that “fears take control of each individual’s life and identity, in ways both unique to each person, and universal.”

In this interview for LensCulture, Tighehsaz speaks to Cat Lachowskyj about how his photographic practice began, the universal message in his photographs, and how he hopes his photographs will impact future generations.

Cat Lachowskyj: When did you first discover the magic of photography?

Farshid Tighehsaz: My father was an amateur photographer. He had a Zenit model camera with a few lenses that his own father bought from Czechoslovakia while he was a metallurgy student. Held in my father’s hands, that camera recorded my childhood, my brother’s childhood, and my sister’s childhood, but for him, the most interesting subject was my mother.

I started photographing with my father’s Zenit camera after he died in 2006. His death left me with an emptiness; I felt like I was stuck in a vacuum, and that life was meaningless. Photography helped me relocate the meaning I was searching for.

CL: Were there any connections or moments that encouraged you to continue with photography, even if things got tough? What are some of the obstacles you’ve faced in the industry?

FT: In 2012, I met Tabriz-based photographer Jalal Shams Azaran, and I learned so much about photography and life from him. Finding good friends in this industry is much more important than the photography itself, especially when there is so much competition and we are made to feel like we need to distrust our peers.

Today, most of my work is done without financial security or a steady income. In recent years, due to the imposed sanctions and economic crisis in Iran, I haven’t been able to travel and regularly obtain the equipment that I need. It’s a terrible feeling to watch your ideas dry up because of the financial limitations in this industry, but I still stick with it.

CL: Your style is incredibly cinematic and impactful. What influenced you to create work in this way?

FT: I was a very shy and antisocial child. I couldn’t look into people’s eyes, and those habits stuck with me throughout my youth. I would try to look at empty spaces, sensing and shaping their atmosphere, and this way of perceiving my surroundings affects my personality to this day. Photography helped me connect with people, but that attention to atmosphere and what is going on around individuals is something I also pay close attention to in my photographs, and that eventually stuck as my personal aesthetic.

CL: Your work isn’t in line with the traditional documentary style. Instead, you focus more on storytelling and pulling the viewer into your own inner thoughts, expressing them through your lens. It feels incredibly personal. How do you go about striking that balance between personal stories and the shared experience of them?

FT: Indeed, I don’t necessarily photograph events. Instead, I try to photograph the ‘eventness’ of the events, if that makes sense. I believe that as human beings, we share common, fundamental feelings—where we are and who we are is not important. We are all capable of feeling and understanding discrimination, anger, violence, fear, loneliness, and so on. I am sure that if I’m honest with my own feelings and memories in my photographs, then other people can feel those same things through my images, and in that miraculous moment, our consciousness is connected.

CL: Let’s get into your project From Labyrinth. How did you start working on it? Did it come together over time, or did you set out to achieve it at the start?

FT: In 2013, I received an assignment from a local newspaper to photograph a story about a little boy who lost his eye in a mine explosion in Kurdistan from an explosive abandoned during the Iraq-Iran War. That little boy’s situation made me realize how much our past directly affects our future, and my studies in psychology helped me analyze the layers of the issue further. With each subsequent photo commission, I realized that these issues were always present, so I decided to start putting together a long-term project touching on these themes.

CL: So, how would you define the story you are trying to tell through these photographs?

FT: This project is about the collective fear of the post-Islamic Revolution generation. This fear seeps into our moral beliefs, religious and political ideologies, and our taboos around sex and gender. All in all, this project is about how this fear shapes our lives and our perceptions.

While researching for the series, I didn’t want to limit its scope to my immediate surroundings. Like I said, I see issues as universal, and though this project focuses on Iran, fear is indeed a universal issue. We are in an age of relentless manipulation: war, migration, climate change, racism, suicide attacks and the slaughtering of students are packaged as terrorism and nationalism. All of these issues have roots in the degeneration of the political and religious cultures that shape our world.

The story I am trying to tell is: if we don’t change the way we think, we are going to see mass destruction.

CL: Why did you decide to primarily use black and white photography for this project?

FT: I like black and white because I think it shows the authenticity of our relationship to the subject matter. There are a few color photos in the project, but most of the time, I don’t feel colors, and I need to feel the atmosphere to communicate through photography.

CL: What did the act of photographing an experience so personal reveal to you? What new connections did you make, not only within yourself, but amongst your peers?

FT: Throughout these years, I had many ups and downs in my relationships, but I always tried to take something new from those experiences. For me, this project revealed that most of our fears are born out of ignorance. We lack discourse with one another—we think politically more than we think philosophically. There is a gaping hole between generations and decades because of this lack of discourse. But I love the newer generations—they can think more freely. I like spending my time with them and talking with them, even though I still struggle with socializing.

CL: After speaking with you, I get a better sense of the eerie metaphor in the title of your work. But how would you explain it, and why is it important?

FT: In the broadest sense, it symbolizes the world and our way of living. We live in a world where governments transmit ideologies, and we, as citizens, become the subjects of their demagoguery. All of our efforts are in service of the wellbeing of a small percentage of the world’s population. In this existence, words like ‘freedom’ and ‘democracy’ feel meaningless. It’s like we are stuck in a maze, and there is no way out.

FT: Today, when I look at photographer Abbas Attar’s photographs of the Islamic Revolution in Iran, I see with clarity what was about to happen in their future. In those pictures, you see what ideology was doing to the people and society. His pictures were angry about the future, and I wish that people could have taken more from his photographs. What I want from my own viewers is for them to experience the future in my images. It might not look beautiful, but it’s honest. 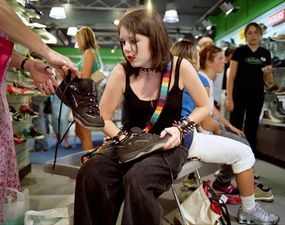 Copia: Where do you go to shop?
Brian Ulrich
American photographer Brian Ulrich takes a long, unsmiling look at how merchandise is presented for sale in Big Box retail outlets and Thrift stores. 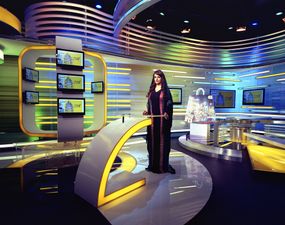 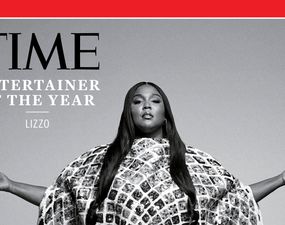 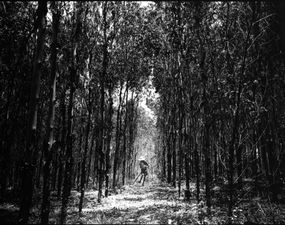 Vanishing Existence
Kosuke Okahara
Deep in the farthest corners of rural China, we find a fast fading population of ex-lepers—their story is told through a magnificent, almost one-of-a-kind art object which is well worth discovering on its own. 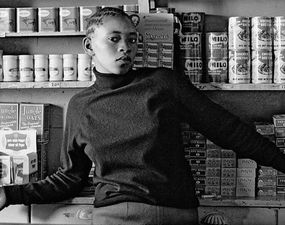 TJ: Johannesburg Photographs 1948-2010
David Goldblatt
David Goldblatt presents old and new photographs of Johannesburg, in chronological order. His quietly perfect pictures, accompanied by spare, telling captions, show how little things have changed since 1948. Indeed, in many ways, things may be... 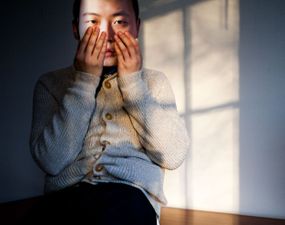 I’m Only Here To Leave
Tommy Kha
In a surreal play on self-portraiture, Tommy Kha creates 3-D masks of his face for his friends, family, and strangers to wear.