The jury for the 2009 Awards was comprised of influential photography experts from all over the world. We thank them for their time and dedication.

After completing a degree in Visual Theories at the University of East London in 1999, Stefanie worked at Creative Camera magazine before joining The Photographers' Gallery in 2000. For the past six years, Stefanie has organized and curated the prestigious annual Deutsche Börse Photography Prize. Other curatorial projects include solo and group exhibitions of historical and contemporary photography, such as Danny Treacy: Them (2008) and André Kertész: On Reading. She regularly serves on international juries such as the ECB Award and Hyères Photo Festival, and is involved in portfolio reviews and lectures at universities and colleges.

After receiving a doctorate in art history and archeology from the Sorbonne (Paris I), Xavier went on to author several books and articles in the field of art history. He has served as the director of the Musée de la Photographie since 2000, while simultaneously publishing the journal "Open Photography". He organizes exhibitions on both photography and surrealism at the Musée de la Photographie and internationally as well.

Jim is the editor and publisher of LensCulture and founder of the LensCulture Exposure Awards. He  participates in portfolio reviews around the world, curates shows, lectures, and writes about photography. Casper created the ongoing series of audio/video interviews titled "LensCulture Conversations with Photographers", and organizes the annual LensCulture FotoFest Paris, a three-day conference of portfolio reviews in Paris attracting participants from more than 30 countries.

Stephen has worked at the top levels of photography for 25 years in the areas of journalism, art, commercial, and fashion — working as manager of Network Photographers; Chair of World Press Photo competition (including six years as Secretary); SVP at eyestorm.com; SVP at Getty Images; and Director of Image Archive at Art + Commerce. Stephen regularly writes and broadcasts on the ethics and realities of photographic practice.

Christopher is co-founder, co-curator and board chairman of Blue Sky Gallery, where over the last 35 years he has co-curated and co-produced 675 solo exhibitions and 47 group shows. He is also co-founder and past president of Photolucida, a Portland photography festival. He is co-founder and a member of the co-op Nine Gallery and has edited and produced approximately 60 photography publications.

Sujong started her career with GEO Korea in 1996, where she worked as Editor in Chief and director of photography from 2000 until 2004. Since then, her work has covered a wide range of fields in photography including publishing, editing, and organization of exhibitions. She was the symposium director of the Daegu Photo Biennale for both 2006 and 2007, the director of Seoul Photo Fair 2008, and curator of the Angkor Photo Festival and Ulsan Photo Festival 2009. In 2008 and 2009, she served on the jury of World Press Photo. Sujong studied Visual Culture in Korea University and is a board member of the Visual Culture Society in Korea.

Mary makes it her goal to help photographers find the strengths in their work and identify appreciative audiences in today’s marketplace. She is considered an expert in the area of marketing and licensing fine art. Swanson’s lectures and seminars on the subjects of industry awareness and marketing opportunities in the arts have proven to aid countless photographers in moving their careers to the next level. Swanson maintains a popular blog about opportunities for photographers and she is the author of The Business of Photography: Principles and Practices. 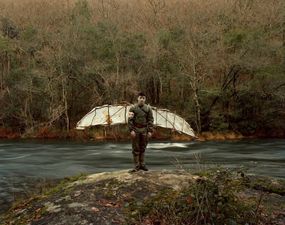 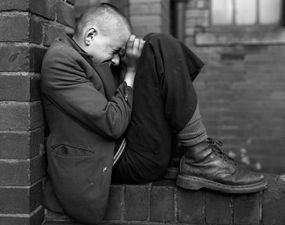 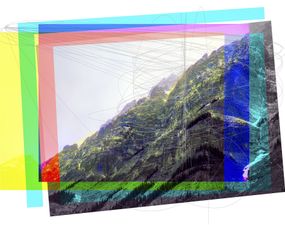 DATA Rush
Noorderlicht Photofestival
“Data traffic, which affects all aspects of our lives and the entire virtual society, is invisible to the naked eye. How do you photograph something that is barely photographable?” 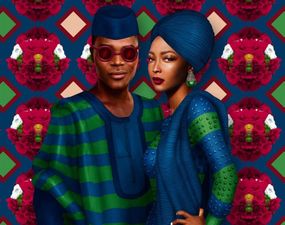 Preview: Unseen Photo Fair and Festival 2016
Unseen Amsterdam
With offerings ranging from curation by the Dutch legend Anton Corbijn to emerging Japanese photography and African portraiture, this year’s Unseen Photo Fair & Festival promises to be as diverse and eclectic as ever. 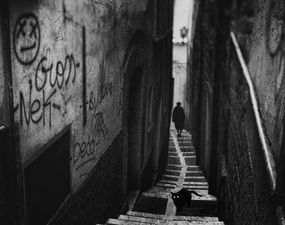 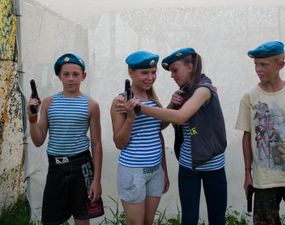 Toy Soldiers: Russia’s “Patriotic Education”
Sarah Blesener
How does a country pass on its military traditions and instill patriotism in the next generation? An in-depth look at Russia’s efforts to train its citizens (and soldiers) of tomorrow.