Feature
Power in Simplicity: How This Modern Photographer Mastered His Style
A behind-the-scenes look at a new exhibition of Charles Sheeler’s striking work reveals a critical skill for all photographers.

Power in Simplicity: How This Modern Photographer Mastered His Style
A behind-the-scenes look at a new exhibition of Charles Sheeler’s striking work reveals a critical skill for all photographers.

Three weeks ago, I was asked by a couple of friends to name my favorite photographers. Normally, this question makes my palms itch and my mind go absolutely blank. On this occasion, however, I was at an advantage—I had just spent an afternoon at the Museum of Fine Arts in Boston speaking with Karen Haas, the Lane Curator of Photographs, about a new exhibition of Charles Sheeler’s photographic works. Slowly, an image floated to the surface from the dark recesses of my brain—a vast, cathedral-like space capped by heavy metal struts. The space is unassuming—even workaday—and yet suffused with a quiet, almost spiritual power.

Charles Sheeler, born in 1883, was long remembered as a painter. But for the modern viewer, it is his photography (once dismissed as a merely commercial pursuit) that is a revelation. Sparse and minimal studies of light, shot within his simple studio in Bucks County, Pennsylvania, bump up against complex images of industrial equipment twisting richly through the frame. Although his subject matter is often plain, Sheeler imbued his compositions with potency and an arresting quality that is hard to define. His minimalist indoor compositions are meditative yet impactful; in contrast, his shots of the Ford River Rouge plant are teeming with intricate machinery, each apparatus looming over its human operator in a powerful—if somewhat disquieting—way.

In order to create a new exhibition that recognized the breadth of Sheeler’s work, Haas had her work cut out for her: the MFA has over 2,500 photographs by Sheeler. In fact, the artist’s entire photographic estate was gifted to the museum from the Lane family, who bought it directly from Sheeler’s widow after his death. Despite the vast stores of material, Haas says, curating the exhibition was “easier than you’d imagine, since many of Sheeler’s prints were never meant to hang on a wall or see the light of day. In his time, Sheeler’s photographs were not well-known—he was very much trying to support himself as a painter, and his dealer wanted him to suppress the relationship between his paintings and his photographs, as people at that time saw photographs as cheating somehow. As such, the images were made for a different purpose—they become only sketches for work in another medium.”

On the other hand, Sheeler also produced deliberate professional work that is a far cry from the “sketches” that Haas showed me. In 1927, Sheeler was commissioned by an advertising agency, themselves hired by Ford, to spend six weeks in Michigan photographing the massive Ford plant there. At that time, Haas tells me, the Ford plant was “the largest industrial complex of its kind in the world, with tens of thousands of acres and thousands of people” working on the company’s newest product—the Ford Model A. Peering closely at one of the photographs perched on a bookshelf behind me, Haas says, “These photographs are remarkable to me because at this point, he was looking to make important photographs, but he was also trying to gratify a corporate entity. They had to be images that not only satisfied the artist but also looked good on the cover of the company’s reports and documents!”

When I remark that six weeks seems like an awfully long time for a photoshoot at an automobile factory, Haas nods. “Just think about today; if you sent a photographer out to do a job for six weeks, they would come back with thousands and thousands of images! After six weeks in Michigan, Sheeler came back with 40. He used to say that it took him a long time to ‘digest’ a subject. You can imagine how overwhelming he found the space: it was smoky and busy, and he struggled with how to handle the scale. So, he worked in small bites; he let go of all the noise and distraction and took small pieces of the larger whole.”

She points at one of his earliest photographs, Side of White Barn, an image that epitomizes this artistic reduction. “He was always looking for a way to boil his subjects down to their most essential qualities. What’s fascinating to me is that in a way, he started with the perfect image! He took this photograph practically on day one, and he almost never pushed beyond it.” It would also be fair to say, I think, that after many years of other artistic production, Sheeler had a set notion of his style and preferences, an aesthetic that he carried into his photography almost from the beginning.

Besides showcasing the artist’s photography, the MFA’s exhibition allows us to explore Sheeler’s unique aesthetic across a variety of media. Although the show is 99% photography, Haas has included a few other materials, such as film and drawings, to give us an idea of his varied talents. Most striking is the video of Manhatta, a short documentary shot by Sheeler and Paul Strand in 1921. Sheeler’s hand—and his striking visual principles—are apparent in all of these media. Part of what is so engaging about the exhibition (when I visited, museum-goers of all ages were perusing the work, transfixed) is the window it offers into Sheeler’s mind. His visual style consumes us; at one point, as I looked at his early work, I felt as if I’d flipped a switch in my brain; I started seeing the world around me in planes of color and rich tonal variations as if through Sheeler’s lens.

As we finished our walk around a study room filled with Sheeler’s photographs, Haas told me, “There’s a lesson here for all photographers: how to approach diverse subject matter while maintaining your visual stamp, your signature.” Leaning in close to a framed print, her finger tracing the air in front of it, she went on: “I’ve always thought that Sheeler as a painter distrusted the sensuous quality of paint—he was constantly trying to erase any sign of the artist’s hand. So in a way, photography was the ideal medium for him. His photographs are beautiful and emotional, and they are tied so closely to his conception of himself as an artist.”

Sheeler’s photographs are echoes of his values and urges when it comes to aesthetics and presentation. Presented in a lineup of other images, his photographs are impossible to miss. Like many artists and photographers, Sheeler has a visual style that pervades his artistic output—both his paintings and photography. This style is present in both his personal projects (like White Barn) and his corporate commission: “In all of the [River Rouge plant] images,” Haas comments, “only once do you see the word ‘Ford’—and you never see a car.”

Like many famous photographers working today—Alec Soth and Annie Leibovitz come to mind immediately—Sheeler had a style that was unmistakable. Much in the way that you know when you’re looking at one of Soth’s photographs, you are equally certain of Sheeler’s work. What this exhibition made clear, however, is how readily that mark translates across subject matter, media and different commissions. Whether he was producing work for himself or a client, Sheeler managed to maintain his visual “stamp,” as Haas so aptly noted. Aspiring photographers today would do well to familiarize themselves with this artist—a quiet master of this crucial skill.

Editors’ note: Charles Sheeler from Doylestown to Detroit is on view at the Museum of Fine Arts in Boston until November 5, 2017. 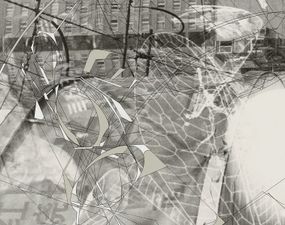 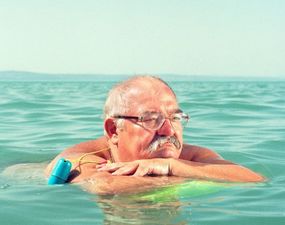 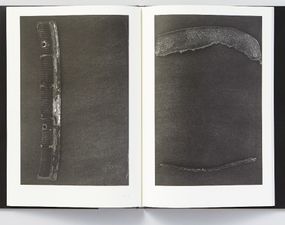 On the Beach
Hiroshi Sugimoto
A luscious, over-sized book filled with beautiful dark images of decaying manmade junk found on the beach, inspiring meditations on the ever-changing nature of life and humankind. 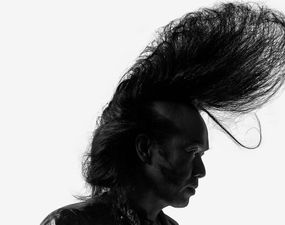 Rockers: Tokyo Roller-zoku Gangs
Denny Renshaw
If you take a stroll through Tokyo’s Yoyogi park this weekend, you might come across a unique sight: members of Japan’s rock n’ roll obsessed subculture, the Roller-zoku. 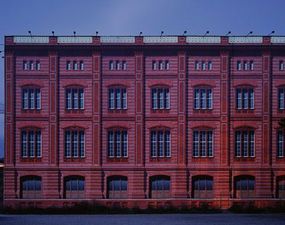 Facade
Sungpil Han
Korean photographer Han Sungpil marvels at the elaborate photographic illusions erected to hide the construction and architectural face-lifts of buildings around the world. 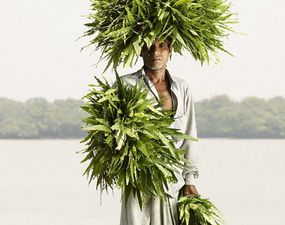 Flower Men
Ken Hermann
Visit the renowned Malik Ghat Flower Market in Kolkata through a series of portraits that capture the proud vendors posing alongside their spectacular, delicate flora.