Book review
Keeper of the Hearth
A new book brings together 200 artists, writers and thinkers to make a beautiful, polyphonic ode to Roland Barthes’ famed ‘Winter Garden’ photograph—a deeply personal image of his mother that he writes about, but never discloses.

Keeper of the Hearth
A new book brings together 200 artists, writers and thinkers to make a beautiful, polyphonic ode to Roland Barthes’ famed ‘Winter Garden’ photograph—a deeply personal image of his mother that he writes about, but never discloses.

“I notice that it is only when my mother is working in her flowers that she is radiant, almost to the point of being invisible—except as Creator: hand and eye. She is involved in work her soul must have. Ordering the universe in the image of her personal conception of Beauty.”

Alice Walker wrote these words in her 1972 essay In Search of Our Mothers’ Gardens, a literary meditation on the art that women like her own mother make in outdoor spaces; growth out of the circumstances available to them at the time. Something about this image of dazzling invisibility seems to pre-empt Camera Lucida, the seminal text on photography that philosopher Roland Barthes published less than a decade later, shortly before his death in 1980.

In it, he describes at length a photograph of his recently-deceased mother Henriette when she was still just a girl, standing with her brother at the end of a little wooden bridge inside a glassed-in conservatory. “There I was, alone in the apartment where she had died, looking at these pictures of my mother, one by one, under the lamp, gradually moving back in time with her, looking for the truth of the face I had loved. And I found it.”

In the picture—which has become known as the ‘Winter Garden’ photograph—he says, “something like an essence of the Photograph floated,” but he does not ever reproduce it. It remains invisible to us to this day. “It exists only for me,” he writes. “For you, it would be nothing but an indifferent picture.” There is a distinctly funerary essence that both Walker and Barthes shared, between loved ones and moments-not-seen and gardens.

To commemorate forty years since the publishing of Camera Lucida, the Australian-British artist Odette England reached out to over 200 photography-based artists, writers, historians and thinkers across the world, asking them to send visual and textual responses to the Winter Garden photograph, based on how they conjured it in their own minds. The impressive compendium Keeper of The Hearth: Picturing Roland Barthes’ Unseen Photograph, published by Schilt, is the result.

There are, of course, plenty of pictures of gardens in this book, and many wintry scenes. Images of mothers proliferate too, seen on wedding days, holidays and standing in front of first houses, in both framed photographs and small loose prints worn from being turned over and over by curious hands. Perhaps the most moving parts of this publication are the ones where that central idea of invisibility, of unseeing and unknowing, have been probed most lucidly.

The edit comes to a sort of shimmering crescendo about half way through the book, with a flurry of images of mother figures appearing as just blinding light or white space, ruptured, blurred and blown-out, and hand-cut from prints with scalpels and scissors. They are interspersed with pictures of blizzards and stormy seas and imperceptible scenes disappearing into enveloping whiteness.

A picture by Silvio Wolf sees a photograph almost entirely eclipsed by the glare of a reflection, and in one by Tierney Gearon there’s only a gauzy nightgown hanging in the window, light streaming through it from behind, its wearer nowhere to be seen. At times the photograph-as-object itself is considered. In Chino Otsuka’s contribution, for instance, we see only the back of a photo. Japanese writing is scrawled upon it and the title reads New Year Snow at the Park. Another image we can only imagine.

It’s an odd feeling to spend time with pictures of our parents before we had existed, because it offers us glimpses into whole lives that we’ll never know, and whole people who were transformed, in both small and significant ways, by the arrival of us. Some of the photographers here have lingered (and laboured) on that point, their contributions attempting to pick at the threads of the years. “When I made this picture of my mother I was thinking about photography and the passage of time—that’s me holding the ball in the lower right-hand corner,” writes Alec Soth. In Soth’s image his mother stretches out on a floral couch, with framed family pictures, including the one he speaks of, covering the wall behind her.

A diptych of images by Mark Steinmetz ponders the same. In the first picture, his parents walk together towards the camera long before he was born. In the second, the two of them walk away from his own lens, arm in arm. He took it towards the end of their lives while his mother could still get around. “The photos act as bookends for a vast and precious space,” he writes. Between and since these two pictures, entire lifetimes have played out.

In her introduction to the book, Charlotte Cotton writes that together all of the entries in this book, “collectively stand in for Barthes’ withheld photograph, while providing a chorus of longing, absence, and love—photographic clues embedded with secrets, incidences, and the actively unspoken.”

I remember having a conversation with the British photographer Mark Power some years ago about his seminal project The Shipping Forecast, a photographic series devoted to the way he imagined the places the enigmatic British radio broadcast describes. Power told me then that he’d received a number of letters from people expressing disappointment that he’d destroyed their own imaginary landscapes. Of course, he was never trying to offer a definitive picture of what these locations looked like—only his own—but laying in their beds at night, conjuring images of faraway places in the darkness, some then found it impossible to unsee his interpretation. I thought of that interview here.

Barthes’ refusal to reproduce the Winter Garden photograph is respectful of this very phenomenon, inviting every reader to project their own memories into the space his image leaves. In Keeper of the Hearth that device is extended quite beautifully, with a whole constellation of images and words and ideas we could imagine our own selves, or the faces of people we know, floating into.

Photography and perception will always be intrinsically linked. “I have struggled with this for months,” writes Nicholas Muellner in a letter turning down England’s invitation to submit a picture. “I fear I must resolve that I cannot send you any such photograph, for reasons of sentiment, selfhood, and stubborn belief.” Muellner understands the personal, non transferrable emotional weight of some pictures, and agonizes over it, finally deciding not to share anything. His letter is printed in lieu. This small, introspective act of concealment might make all of us consider what parts of our own histories we’d share with the world, and what we’d keep for ourselves. 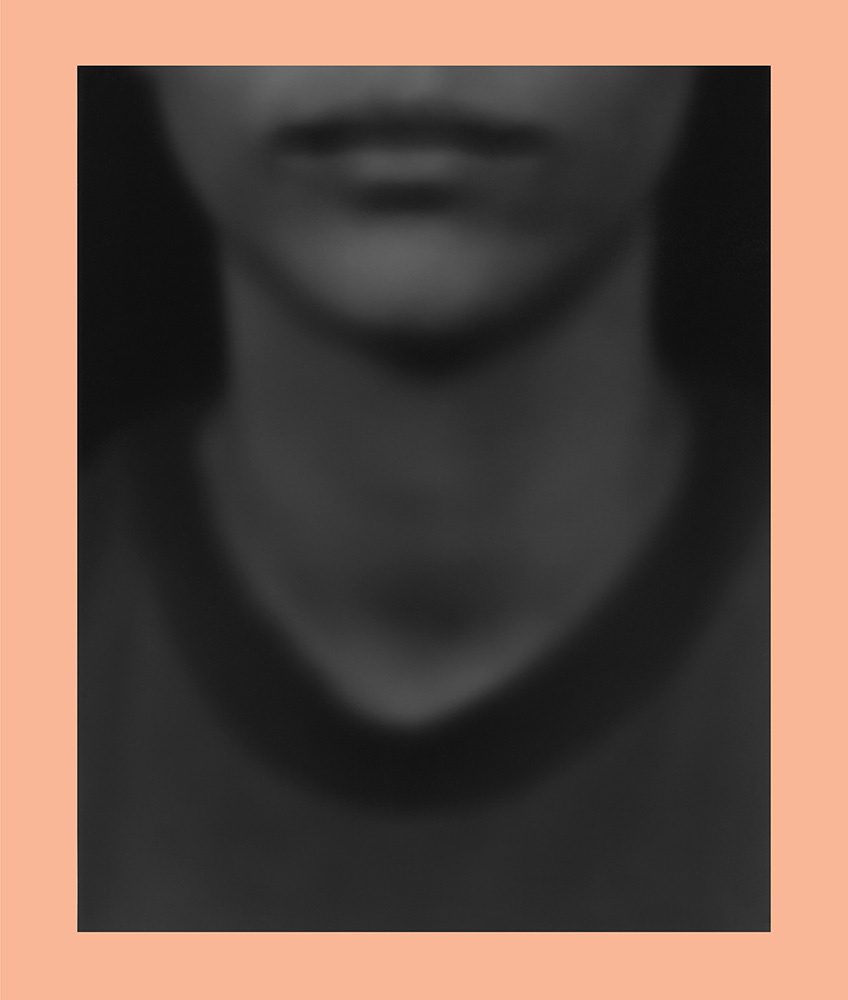 Keeper of the Hearth 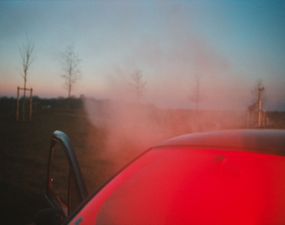 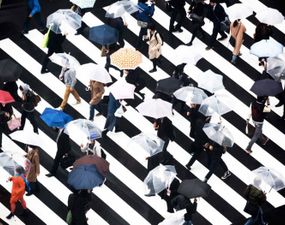 Does the Photograph Connote Power?
IMA Magazine
“Photography is a form of global expression—IMA aims to reveal the meaning, context and story behind a work in order to convey its essence.” An interview with Mutsuko Ota, the Editorial Director of this delightful Japanese publication. 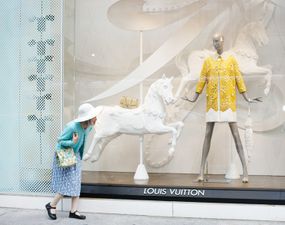 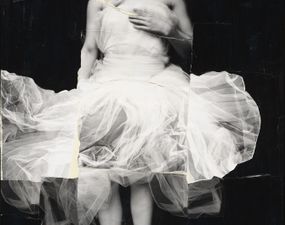 San Francisco International
Photography Awards 2013
San Francisco Bay Month of Photography
77 award-winning photographs were selected from thousands of submissions. This year’s judge was Jim Casper, editor of Lens Culture. The winning images were made by photographers in 24 countries around the world. The Awards are sponsored by... 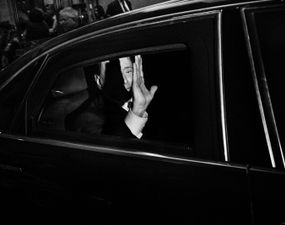 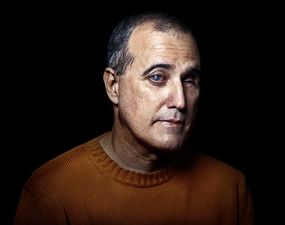 Obscure: Blind Portraits
Rubén Plasencia
By gazing upon eyes which cannot see, these powerfully direct portraits allow us to contemplate, and appreciate, what it means to have sight or to be blinded — and how the differences of perception affect our understanding of others.