Interview
Positive Disintegration
Philosopher Byung-Chul Han says we live in an era of exhaustion and fatigue, caused by an incessant compulsion to make our lives ‘perfect’ — here is a visual response to those ideas.

Positive Disintegration
Philosopher Byung-Chul Han says we live in an era of exhaustion and fatigue, caused by an incessant compulsion to make our lives ‘perfect’ — here is a visual response to those ideas. 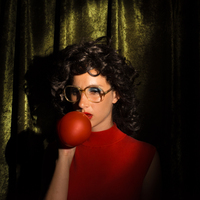 At the age of 28, photographer Tania Franco Klein has already accomplished a lot. She has earned a bachelor’s degree in architecture, a master’s degree in photography, won top prizes in international photo awards, been published and commissioned by high-profile magazines such as New York, Aperture and The New Yorker, as well as creating work for Dior and signing with a great gallery in California.

Exploring her generation’s drive for accomplishment and success is at the root of her new, nearly wordless photobook, Positive Disintegration. She was scheduled for a book signing at Paris Photo this year, but had to cancel since the book has nearly sold out its first edition. But a copy of the book will be on display in Paris as part of the Aperture Photobook Award Shortlist.

LensCulture’s Jim Casper spoke with her in a video call to talk about her early beginnings in photography, the origins of the book, and the unsettling, charged atmosphere that runs through her muted pictures. Here is an edited version of the conversation.

Jim Casper: Your book Positive Disintegration has captivated my imagination; it’s a bit of a puzzle. But before we start talking about that, can you tell me a little bit about yourself and your background and how you arrived at photography?

Tania Franco Klein: Yes, of course. I’m Mexican. I grew up in Mexico City and I studied architecture there. My grandfather was a very important architect in Mexico, and I was very interested in architecture, building and the idea of constructing. When I started college, the first year included explorations of contemporary art, including photography and classes about color theory. I had color classes where I had to literally draw 300 types of green and organize them. I ended up being very fascinated by those classes, and while I proceeded to study architecture I realized I was more interested in photography and color, but I just had no idea how to proceed.

I bought a couple of lights and started experimenting with the camera in my house on my own on the weekends. I would literally lock myself in a bathroom and do self-portraits just to understand the medium. Also, I very much like the idea of mixing my background of architecture and constructing; creating my own worlds, but in a less functional way than architecture.

Architecture has all these rules that you need to follow. And then, often, what you end up doing is completely different from your original idea because you have to follow all these rules for functionality and governmental regulations. By the time I graduated in architecture, I knew I really wanted to be a photographer. So, I took a few workshops in Mexico City and then I went to London to study a master’s in photography. It’s interesting because I actually did it in fashion photography. I didn’t want to do fashion, but I was very interested in the technique, and fortunately my professors held flexible views on what fashion could be.

I also come from a very political background in my family. My mom is a philosopher. We’re always discussing philosophy and psychology. It’s something that is very much part of my personality. I realized that, for the first time, I could try and mesh all my different interests together into one thing: photography. I started to explore different theories about contemporary society and human behavior, working in my own theories and then finding a way to portray them in a psychological way. In the end, I realize that I’m really dealing with emotions.

JC: Those are big ideas. So tell me about how your ideas and photography evolved to produce this book, Positive Disintegration.

TFK: Well, it’s very complex. When I finished my master’s I moved to Spain but traveled often to visit my boyfriend in Los Angeles. For that year it was very confusing to be a nomad. I feel like I completely lost my sense of home. I felt very lost emotionally and couldn’t find my place in the world. I wanted to understand why. I could also see around me in my generation—I am 28—that I wasn’t alone in feeling this way. I realized it was not my fault. This is something that is happening. It’s out there in the world. I feel lonely. People feel lonely.

One day I was in a bookshop in Madrid, and I saw a title in the Philosophy section called The Burnout Society by Byung-Chul Han. The title struck me. I was like, this is exactly how I feel. The author says that we live in an era where everything has to be positive. Positive not in the idea of happiness but more that everything has to be perfect. He talks about performance, success, achievement. He calls us the “Achievement Society”. He says that has led to a constant fatigue and exhaustion, depression and anxiety. This is exactly how I feel.

Earlier, I had started doing some self portraits of these fragmented images of loneliness, solitude, anxiety. But after reading this book I realized that I could mesh these ideas into my project and not just do it as autobiographical but also as generational. In this way, it becomes universal.

JC: So the main character in your story is not necessarily you.

It doesn’t matter if the viewer puts their own narrative into the photos. In the end, the emotions are there and they’re not going to be able to escape them when they see the book.

JC: In the book, you’ve inserted half-sheets that reproduce old newspaper advertisements from the 1950s and 1960s. They tend to provide some clues to the emotional state of the characters in the photos.

For me, printed media is very interesting, as is the concept of nostalgia. This idea that ‘before, it was always better.’ My work has a vintage feel but, at the same time, it’s a wide span of time. Some photos could be from today or 10 years ago or maybe even 20 or 40 years ago. It’s confusing on purpose because I feel that as humans we’re naturally very nostalgic. It doesn’t matter what period you were born: before was always better.

JC: Some of these old advertisements show doctors recommending their own favorite brands of cigarettes as a form of social prestige. It’s so ironic, yet those ads were real.

TFK: I know, I love that one. This constant stimulation and guidance through media has always been part of the universe of my characters. But this is the first time that I actually show it. As you said, there is a little bit of sarcasm in there. It’s dramatic but at the same time it’s super ironic. Life is like this. There’s irony and drama.

JC: Can you talk a bit about your process creating the images?

TFK: I’ve realized my way of working is more experimental; to see in the moment and let the image exist on its own. Working like this, it becomes less contrived. I don’t like making drawings in advance, because the truth is, I have a very skeptical way of seeing staged photography in general. If there was a sketch first, I can feel it when I see the photo. I feel when you plan it a lot people can tell that it’s very planned even if it’s beautifully executed. I prefer photographs that have more of an improvised feel—I believe in them, even though I know they were staged.

JC: Can you talk a little bit about the color in your photographs?

TFK: Yes. I’m obsessed with color. As I told you, I had a very interesting formal introduction to color in college. I feel color is very emotional and because my characters are usually very silent, the colors are screaming for them or, in a way, creating the environment they are in.

JC: Earlier, you said that in the book The Burnout Society, people feel driven to make all the aspects of their lives somehow positive these days. And the name of your book is Positive Disintegration. Can you talk a little bit about your title?

TFK: Yeah the name of the series originally was Our Life in the Shadows before the book took a life of its own. But that sounded too much like a title for a telenovela, and I didn’t wanted people to think that way when they saw my book. I wanted it to be more abstract—to just let the book happen without actually the title telling you too much.

First of all, I very much like the idea of positive disintegration because the terms feel like opposites of each other. A Polish psychologist developed a theory of positive disintegration. He looks at anxiety and depression and all these emotions that we deem as negative, and he proposes that for some people, taking those negative aspects to the edge and letting them run their course makes us regrow. We can be reborn through that edge. It’s kind of like the metaphor of the phoenix. Of course, I have my own personal meaning for this title, but I feel anyone can read Positive Disintegration and get the sense that the person or the characters are in some sort of way of disintegrating.

JC: Yeah. We hope that it’s going to work out well for them.

TFK: That’s what we hope. We don’t know at the end of the book but we hope for it. 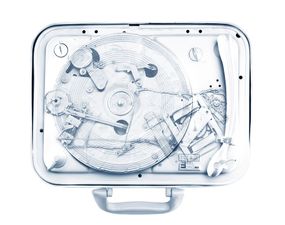 Proposition One
Max De Esteban
Max De Esteban makes X-rays of obsolete technology products that were used — not too long ago — for producing and communicating art. His work poses the philsophical questions of how we change (artistically, culturally, politcally) when our tools... 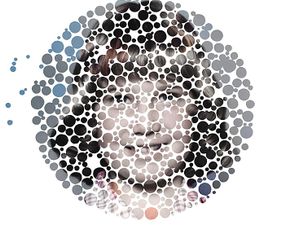 The Science of Vision: Odette England’s Attentional Landscapes
Odette England
How much visual information do we really need to see a picture and understand it? How do photographs define our memories, and what would happen if the photos started to lose their details? Odette England explores these ideas and more in...

Between Two Shores
Tadas Kazakevicius
The Curonian Spit is a peninsula bordered by two shores: the Curonian Lagoon and the Baltic sea. In his tranquil, poetic images, Tadas Kazakevičius captures the powerful bond between the inhabitants of the Spit and the unique space around them. 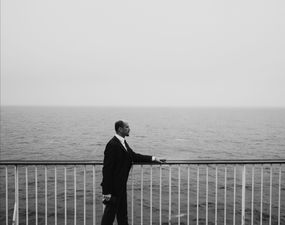 The April Theses
Davide Monteleone
How do you photograph an event that happened a hundred years ago? Davide Monteleone resurrects Lenin’s historic April Theses through a blend of still lifes, landscapes and self-portraits dressed as the man himself. 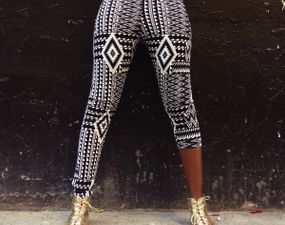 New York Legs: From Instagram Phenomenon to Amazing Photobook
Stacey Baker
If you love quirky street fashion from New York (or from any streets around the world), you’re going to love this gem of a photobook. 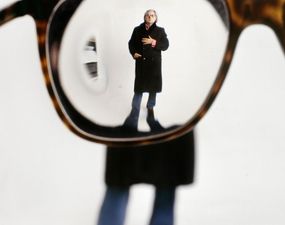 The Face(s) of Spain: Portrait Masterworks
Chema Conesa
An iconic series of portraits that captures Spain’s leading figures in the arts and government since the renewal of democracy after Franco’s death.