I have always been amazed by the ability of the camera (and the photographer) to capture one single event and hold it forever. Life on the street is always flowing, and to catch one particular moment can be a great pleasure. I seek authenticity in everyday life.

One of my interests is the interaction between the police and the public. In Southern California, police reports often use a shorthand phrase to refer to some criminals—”NHI: No Humans Involved.” This photo reminds me of those words.

This set of photos is composed of dystopian views of Paris and its suburbs at night, when the city is asleep and emptiness fills its open spaces. The single image is from the series “Alphaville,” which is about social control systems and how they shape both urban design and built environments everywhere.

I believe that street photography is one of the toughest forms of art to get right. You can’t control anything, and yet you must find something meaningful in the chaos. That gut-wrenching feeling of walking up to a stranger and taking a picture: all of it is random and spontaneous with absolutely zero guarantee of a good result.

For me, this picture—more than any other—represents why I love street photography. It was, first and foremost, an absolute mistake. I was walking up Edinburgh’s busy Royal Mile and it started pissing down with rain. People scattered in all different directions seeking shelter. I could see through the thick sheets of rain that somebody was hiding in one of those iconic red British phone booths. When I walked over to investigate, I saw a woman with a hat and bright red lips. I had that gut feeling of needing to take a photograph, so with my flash gun and camera ready to go, I ran up to the phone box, pressed my camera right up to the glass, and surprised the subject. Even though I hit the shutter button, the flash didn’t go off and I was left but nothing but a black picture. I was ripping my hair out on the way home knowing that I had ruined a potentially great photo.

When I got back and uploaded the RAW file, though, I brought up the exposure and this image appeared. I was initially very angry when I thought about what the photograph could have been, but over time, I realized that the subtle nature of the image works in its favor.

I am a fetishist. I truly am.

It’s a non-sexual fetish—I’ll call it a fetish for faces.

It’s an excessive and irrational devotion at times. But that’s the way it is, whether my camera is with me or not.

I rarely see the connections that are typical of the street photography genre. But rather I see faces—the primary human communicators.

Sometimes I feel like a poker player. My camera is a set of cards. I examine people’s faces and look for emotional expressions. I just wish I was able to capture micro expressions, which are so hard to see, let alone capture with a camera.

I also wish my mind was a darkroom. I’d develop all the things my eyes are able to see and my mind is able to memorize. 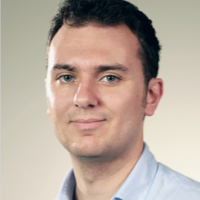 “Cat’s Eyes” by Arek Rataj makes an immediate and bold impression. The photo was taken in Honduras, a country with one of the highest homicide rates in the world. At first glance, we have the optical illusion of a boy with the face of a kitten gazing at us, perfectly symbolizing how we are all born innocent..

This is street photography with imagination.

The title of this photo is “Starry Night” and it is part of a larger series called “Loneliness.” The aim of this photo is to present a moment of isolation in a densely populated city. Each window frames its own secrets. Today, people are losing communication and connection with each other; we never share real contact any more. 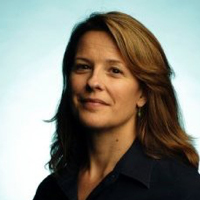 Night is an unusual subject in street photography—one could even argue that this image was not strictly taken on a street—but the poetic way in which Kin Wing Wong shows us what it means to be one person living amongst many in an urban landscape is magical, lonely and memorable.

My passion for street photography ignited just a few years ago. I love the streets and walking among people—witnessing their day-to-day life in the city. I often spend a whole day wandering, sitting on curbs, and drowning in my thoughts while things happen around me. Sometimes I look for myself in the city, and sometimes I look for the city in me.

Taking photos isn’t my sole objective: I aim to create a visual and emotional communication between me, the city, the audience, and the people in my photos.

My mobile phone is a tool that allows me to take photos more comfortably in the city. It helps me to avoid the tension I used to feel when I shot with my camera.

In the age of information, or indeed in any age, the value of something is usually dependent upon its rarity. The more we attempt to connect en masse, the less attention we pay to any individual connection. The more we synthetically connect with even passing acquaintances, the less meaning these connections have.

I live in the north of Russia in the coldest city in the world—Yakutsk. I have been a photographer for three years, working as a journalist at the local newspaper. I love to take pictures in different genres, but what I like most is to photograph people on the street—especially at bus stops. If you stop to look, you will find that people at bus stops are often motionless and deep in thought.

Finalist: Masoud Gharaei, Iran
From the series ”Strangers in the City”

In recent decades, growing urbanization in Iran has resulted in dramatic changes to different layers of society. This has had many consequences—most significantly a sharp increase in individualism and the isolation between people.

This alienation is evident all along the street, wherever you go. Faced with the dichotomy between modernity and tradition, lonely strangers feel separated from other people as well as themselves. They are each detached individuals. This is what I have tried to show in my photos.

In brief, my photography focuses on people. Human beings and their interactions—as well as their inner histories, multiple meanings and metaphors—are of paramount importance to me and my photography.

Mystery, innuendo and absurdity compel me to take a picture; authenticity is also critical.

Street photography is primarily a study of humans in an urban space. I’m interested in documenting the changing reality of our environment.

Underwater, no one can hear you scream.

In this image, kids are mesmerized by Tina Tuna’s mermaid show at the Perth Fringe Festival, Australia.

In my work, what motivates me is trying to explain the strange and crazy world we live in. Not that I can really explain it, but it’s fun to go out and try.

It started as a momentary mind game but resulted in an attempt to unite two worlds at their glass boundary.

I hoped to create a visual bridge between two parallel and conflicting universes—a partnership between dream and reality.

The moment when man released his impudent belief that he is the owner of this world—that is what I tried to record.

Editors’ Note: Be sure to explore the work of all the other winners and finalists of the LensCulture Street Photography Awards 2016. Congratulations to all!