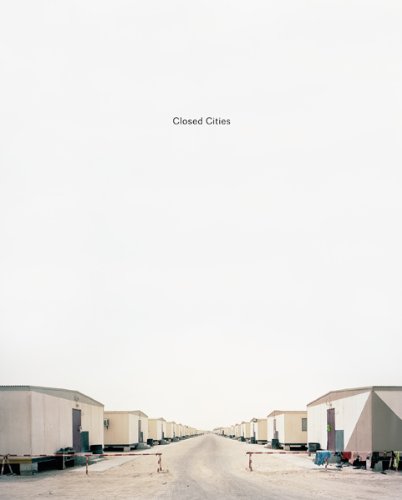 Closed Cities
by Gregor Sailer
Publisher's Description
In his impressive photo series Gregor Sailer examines the forms taken by closed cities in Siberia, Azerbaijan, Qatar, Chile, Algeria, Western Sahara, and Argentina. The term 'closed city' was originally coined for the Soviet Union, where, for various reasons, the existence of numerous towns was long kept secret. Some of them were not officially 'opened up' and added to maps until the early years of this century.

Even today, there are still artificially created urban zones across the globe that are hermetically sealed off from the outside world either by walls or by the hostile landscape that surrounds them.
ISBN: 3868283285
Publisher: Kehrer Verlag
Hardcover : 192 pages
Language: English
Dimensions: 0 x 0 x 0 inches