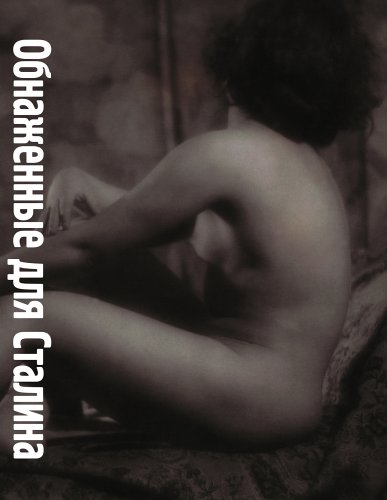 Nudes For Stalin
by Pavel Khoroshilov
Publisher's Description
The theme of this collection of photographs by a wide variety of leading Soviet camera artists is the depiction of the female body. The compilation makes it possible to trace the evolution of approaches to the female body in Soviet photography of the Stalin period, from the so-called 'nude' mode of the 1920s to the official shots of Soviet parades and living pyramids of the 1930s. This album includes nude studies, which official structures were never able entirely to stop. Nudes for Stalin should interest a wide audience.

The 'tyranny of the beautiful,' the motto of the Stalin-epoch art, had its effects even on the photographic treatment of the naked body. The 'old guard' photographers of the relatively liberal 1920s had been inspired by this apolitical subject: A. Grinberg's 'Nu' series (he would be condemned in 1936 for 'dealing in pornography'); Yu. Yeremin's portraits of nudes against the background of the exotic Crimean landscape; N. Svishchov-Paola's likenesses of classical models. These 'forbidden' photographs had been exhibited in specially isolated spaces.

By the mid-1930s, however, nudes disappeared from exhibits, and the so-called 'nu' genre was no longer officially recognized or acceptable. In its place came photographs of powerful bodies brimming with joy and vitality. This was the image, not delicate, disconcertingly attractive bodies, that Soviet photographers were expected to record. The great theme became parades of athletes and 'living pyramids' so brilliantly captured in photographs by Rodchenko, Ignatov, Shagin and Langman.
ISBN: 5894800706
Publisher: Trefoil Press
Hardcover : 128 pages
Language: English