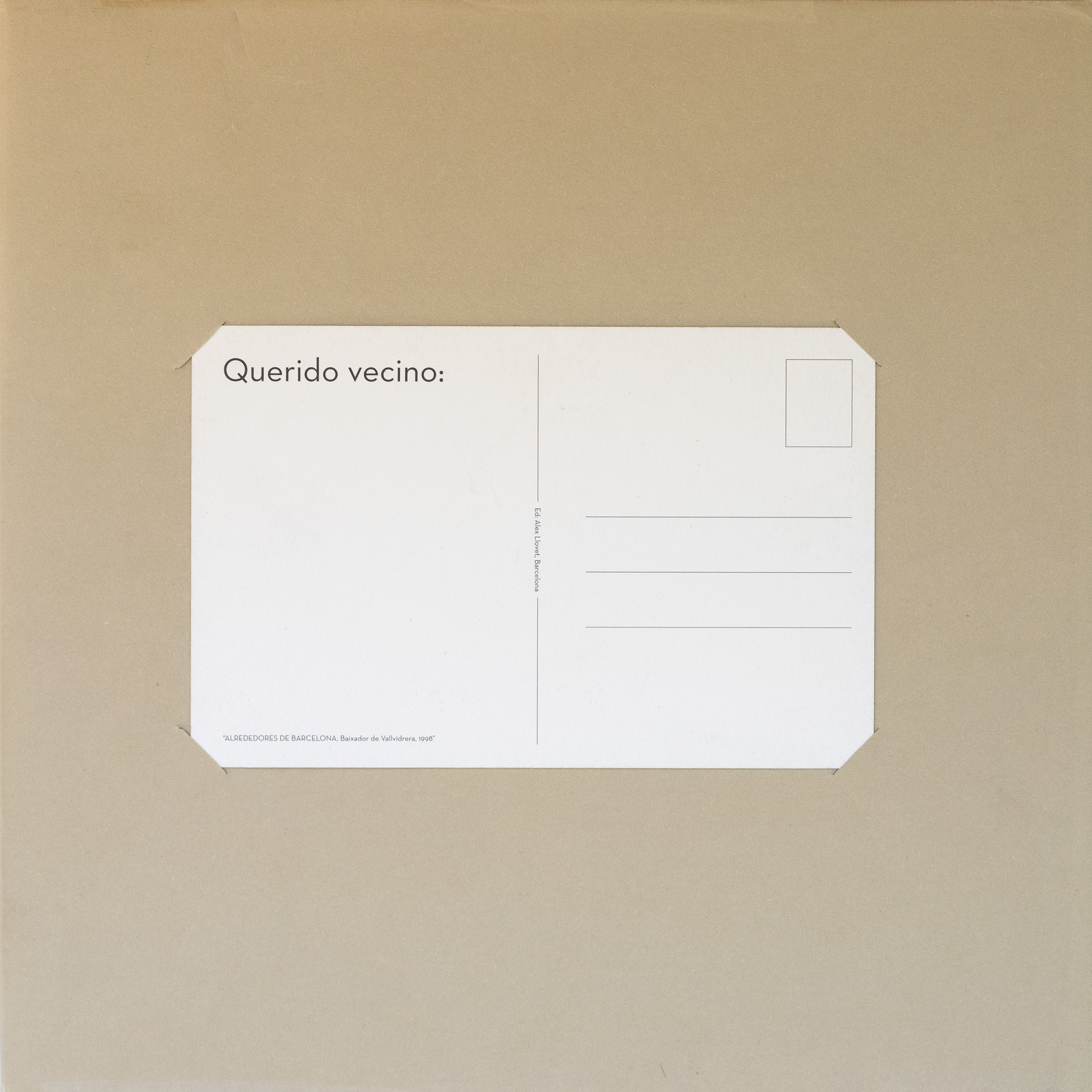 Dear Neighbor
by Alex Llovet
Alex Llovet's work has always been linked to identity and memory. In this, his first book, the author echoes the popular saying "Tell me who you're going with and I'll tell you who you are." And decides to portray all his neighbors to understand why he decided, back in 2003, to move to that particular place in the world, and leave a record of the neighborhood, as it was. In his own words: “Dear neighbor is the celebration of a community of anonymous people and every one of their lives, the search for a common identity beyond their differences, and the attempt to bring them closer to each other from their identification and mutual knowledge. Welcome to Mas Sauró, a vibrant area of Barcelona (Spain), undergoing rapid change. It owes its name to the now non-existent Catalan farmhouse “Masia” Can Sauró. Located at the top of a hill, it overlooked the lands that, at the start of the 20th century, began to be divided into separate housing plots, gradually becoming the neighborhood that we know today. Currently there are about 160 houses, located on small pieces of land. The social and cultural mix of people coming from all over the world, a small Tower of Babel reflection of Catalan society in miniature, has created the varied and sometimes chaotic architectural landscape, from shacks and small simple houses, to architect-designed buildings, contemporary chalets, wooden houses, a teepee, two masias, a modernist mansion, and the Santa María de Vallvidrera church, built towards the end of the Gothic period. This is where I live and I spent 2013 visiting my neighbors, house after house. I took 140 portraits, one of each family. I also made an interview to each one of my neighbors, and then convert it into a short text that goes along every image.”

The book includes a short story inspired by Mas Sauró, written by local journalist Toni Arbonés, from the point of view of the oldest tree in the area, and was designed by Borja Martínez, from LoSiento studio.
Publisher: Self-published (2014)