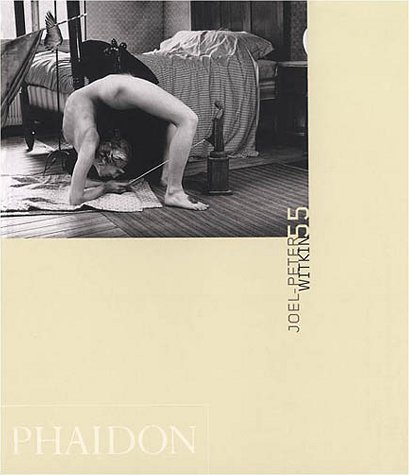 Joel-Peter Witkin (55)
by Eugenia Parry
Publisher's Description
"We see a rather different kind of beauty in the work of Joel-Peter Witkin...Witkin is one of the most well-known and controversial photographic artists working today. His use of animal and human corpses and his depiction of often horrific acts has led to his photography being called 'Degenerate Art' by ultra-conservative politicians in his native America. Nevertheless, he was won four National Endowments for his work from the US government and has been knighted by the French Ministry of Culture. Witkin's world is populated by exceptional people. Although their difference is sometimes strange and even frightening, his images try to understand or at least accept these differences. In his photographs he often reinterprets or references other works of art or myths. In the flesh, the images are incredibly beautiful and their subject matter is fascinating and thought-provoking."-the publisher.
ISBN: 0714840564
Publisher: Phaidon Press
Paperback : 128 pages
Language: English