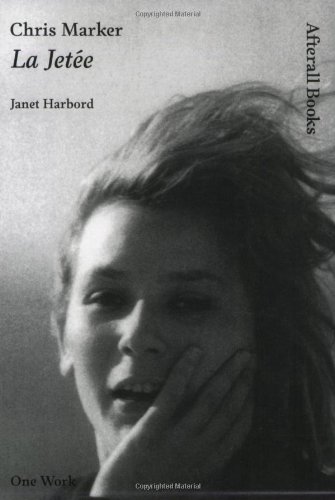 Chris Marker: La Jetée (AFTERALL)
by Janet Harbord
Publisher's Description
Chris Marker's legendary 'ciné roman' ('film novel') La Jetée is considered one of the greatest and most influential experimental films of all time. This short film—a postapocalyptic story composed almost entirely of black-and-white still photographs—has been praised by cultural theorists and Netflix subscribers alike. In this illustrated study of La Jetée, Janet Harbord focuses in part on the film's treatment of time—its shifts from a pre-war past to a projected future a further future of the future (each with its own signature images and sound)—arguing that in this way it addresses the nature of consciousness and the simultaneity of time-frames that we inhabit. Harbord moves easily from a close reading of the film to discussions of broader cultural issues, lucidly piecing together the enigma that is La Jetée.
ISBN: 1846380480
Publisher: Afterall Books
Paperback : 112 pages
Language: English
Dimensions: 5.7 x 8 x 0.4 inches