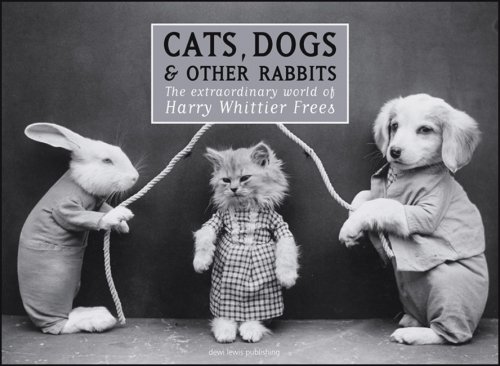 Cats, Dogs & Other Rabbits: The Extraordinary World of Harry Whittier Frees
by Harry Whittier Frees
Publisher's Description
Harry Whittier Frees began his career taking photographs of animals for novelty postcards. By 1905 he was adding various props and clothing to the shots to give the animals a more human image. The photos lent themselves immediately to children’s books, and by 1915 Frees had published several.

His mother made most of the early outfits, which were designed to help hold the animals in what can only be described as ‘unnatural’ poses. In all his books though, Frees reassured readers that these very cute photographs of kittens, puppies and bunnies were made possible ‘only by patient unfailing kindness on the part of the photographer at all times’.

His work was popular for several decades, and he continued to photograph and publish books until his death in 1953. Almost a century on, they remain as surprising and appealing as ever.
ISBN: 1904587240
Publisher: Dewi Lewis Publishing
Hardcover : 80 pages
Language: English
Dimensions: 6.5 x 8.5 x 0.4 inches