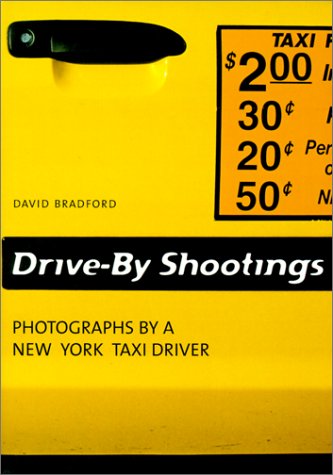 Drive by Shootings : Photographs by a New York Taxi Driver
by David Bradford
Publisher's Description
After abandoning a career as an art director for Saks Fifth Ave, artist David Bradford decided he'd like to work as a taxi driver on the infamous NYC avenues and alleyways. For the past ten years he has done just that, and has had his camera--a Yashica T4 with a Zeiss lens--with him every day of the year. Several exhibitions and magazine spreads later, Bradford presents this monograph of his harsh and poetic 'sketches' of the Metropolis.
ISBN: 3829028911
Publisher: Konemann
Hardcover : 496 pages
Language: English