Feature
Experiences of Conflict: 15 Perspectives on War
The Editors of LensCulture compiled 15 articles and portfolios dealing with conflict, war, soldiers, fighters and all of those affected along the way.
Curated byThe LensCulture Editors
View Images

Experiences of Conflict: 15 Perspectives on War
The Editors of LensCulture compiled 15 articles and portfolios dealing with conflict, war, soldiers, fighters and all of those affected along the way.

Through 15 different photographic series from all over the world, we explore a wide-ranging set of perspectives on the age-old ritual of war. From the bright-eyed, enthusiastic days of training, all the way to the dewey-eyed remembrance of all those young lives sacrificed in the name of some larger cause. In between, we find women at war, children happily carrying on in the midst of conflict, veterans who question the morality of what they did, and others who never fought but strive to make sense of the decisions of those who did.

Regardless of one's feelings about the practice of war, young men and women all over the world continue to put on a uniform (or simply grab a gun) and head off to defend their country, their freedom, their way of life. In the United States, the last Monday of every May is called "Memorial Day," a day set aside to memorialize those who died while serving. These photographs offer many different ways in which to remember, review, and rethink the struggles, decisions and deeds of soldiers from around the world, both in the distant past and in the very real present. 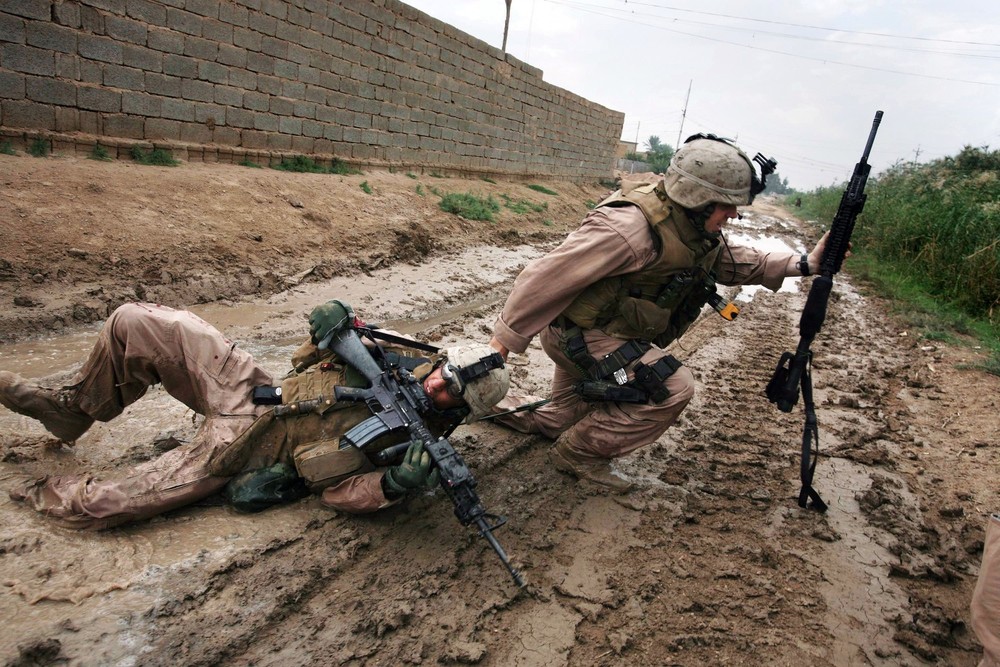 Photojournalists on War contains nearly 40 interviews with front-line photographers, offering an astounding array of stories and perspectives from the Iraq War. By Michael Kamber. 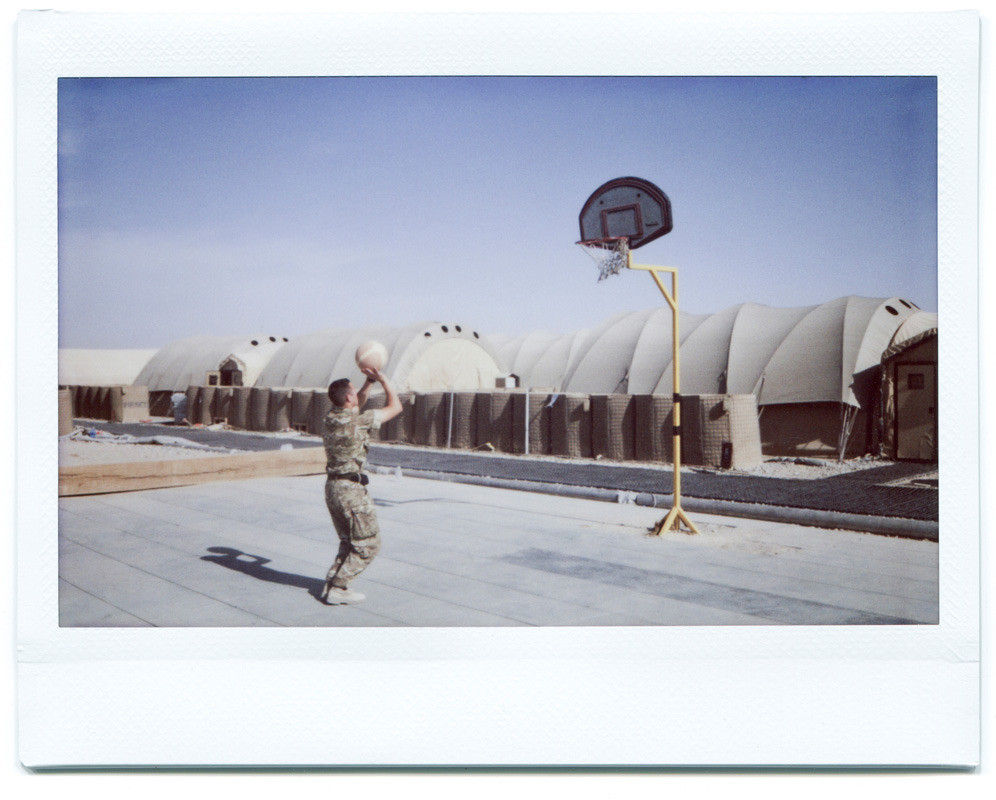 Made by an active serviceman's brother, this series offers a view of the hardship and the banality that make up the lives of soldiers serving in Afghanistan. By Tim Bowditch. 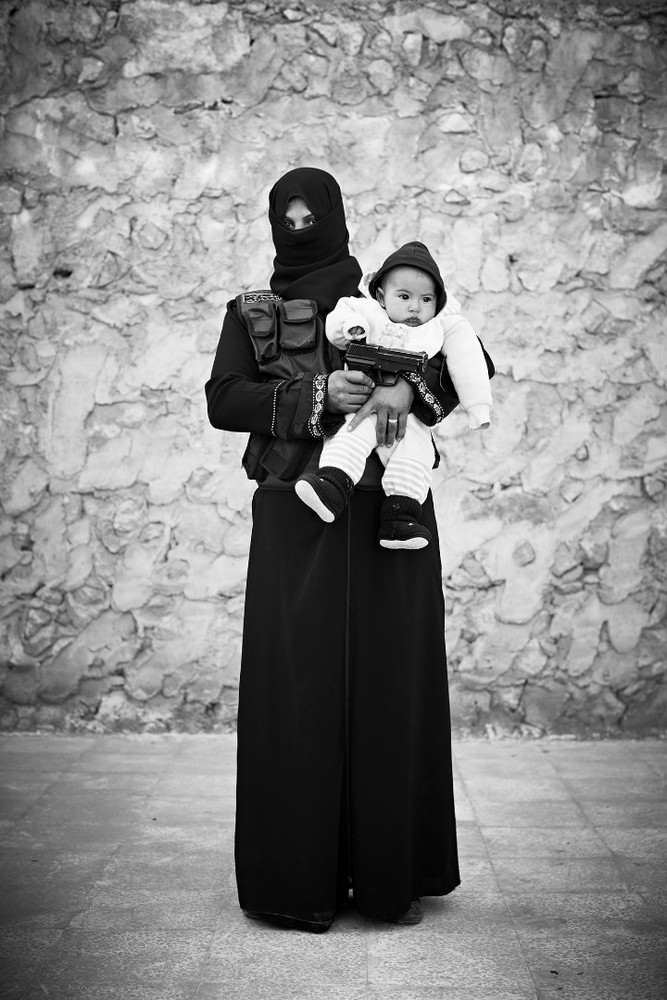 Moving portraits and stories from several women who are part of an all-female fighting unit in war-torn Aleppo, Syria. By Sebastiano Tomada. 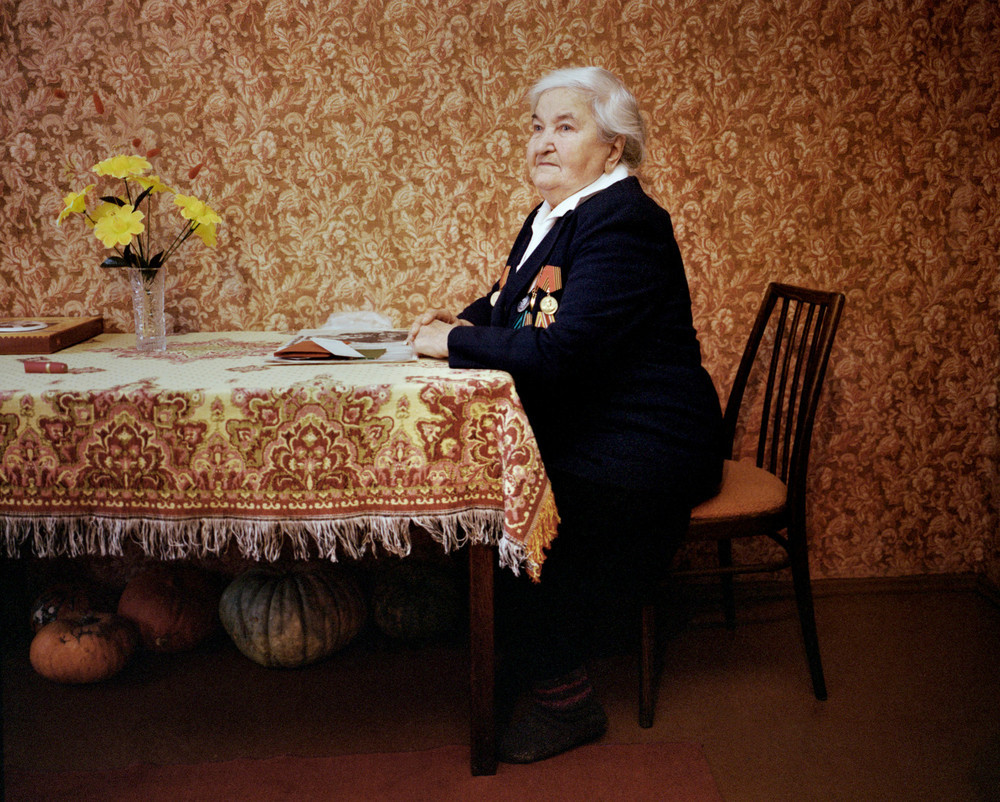 Portraits of women veterans of World War II in Belarus —former teenage soldiers, now in their 90s. Their stories deserve to be known. By Agnieszka Rayss. 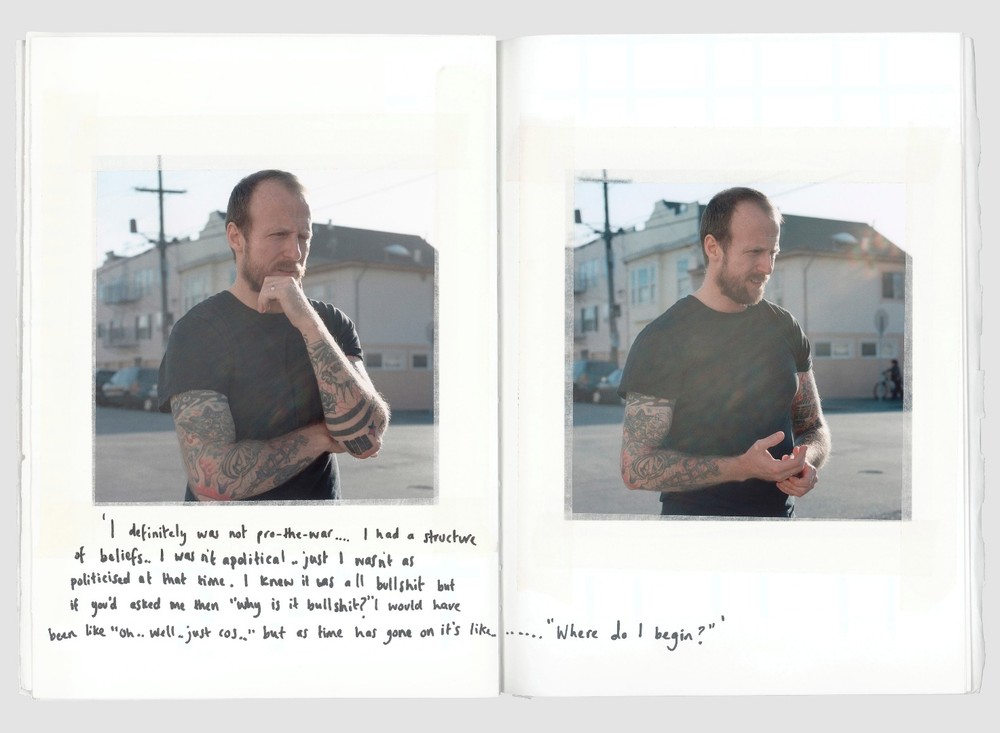 A reflection on war told from the perspective of US and UK soldiers who have spoken out against the Iraq War—a moving collection of the individual personal struggles that soldiers face about the morality of conflict. By Jo Metson Scott. 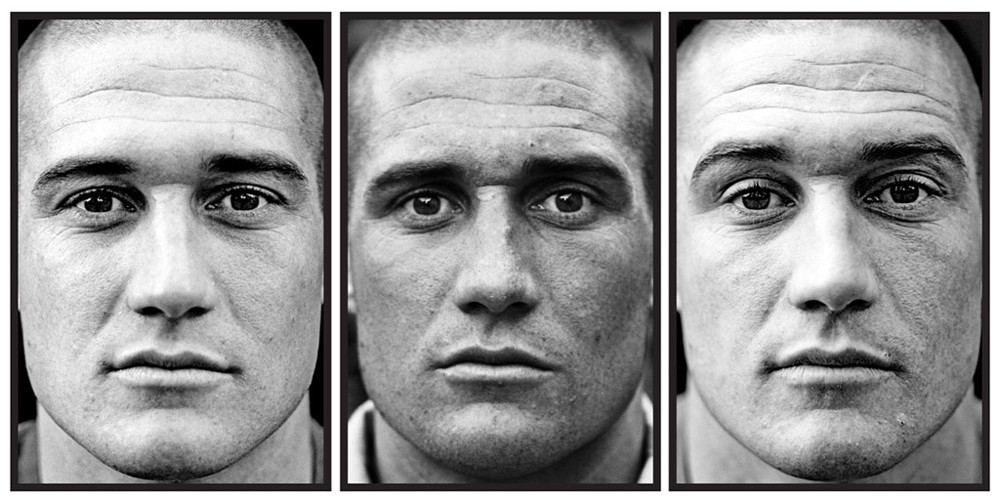 How do the faces of soldiers change — before, during, and then after, war? By Claire Felicie. 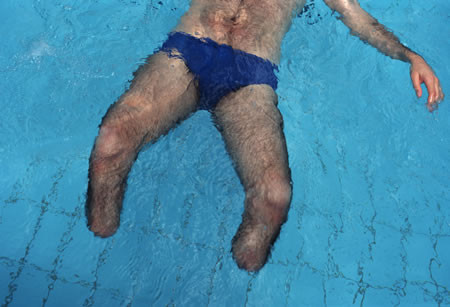 A book-length documentation about the physical and psychological wounds that scar war veterans from World War I to the Iraq War. By Lori Grinker.

Around the Edges of Conflict 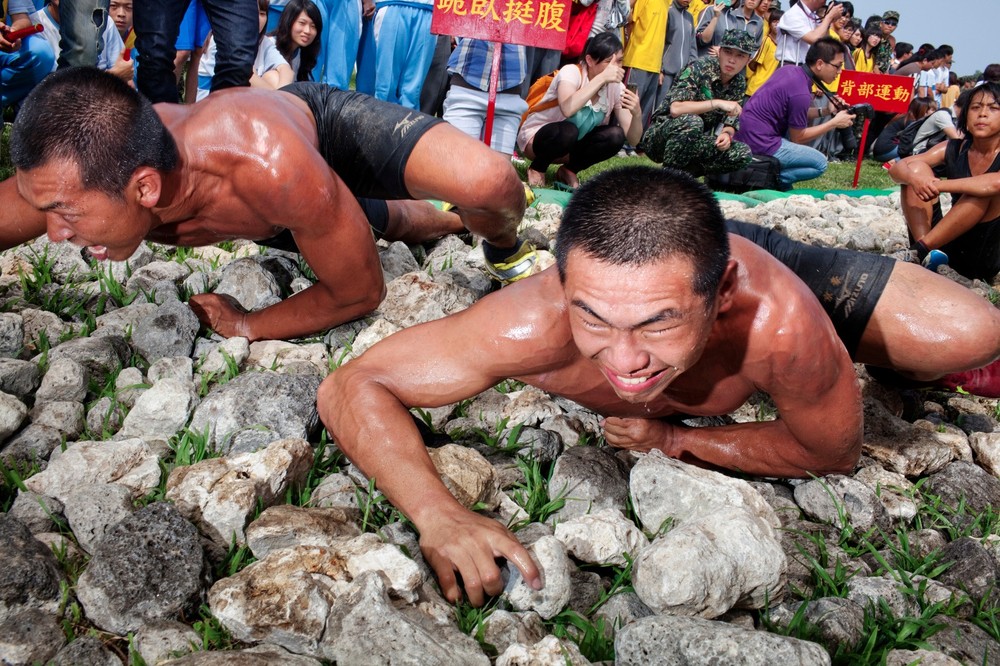 Every year, 100 Taiwanese youngsters test themselves to the limits in order to become frogmen — marine commandos with the highest status. Here we follow the 21 best during the final 3 days of their grueling training. By Touko Hujanen. 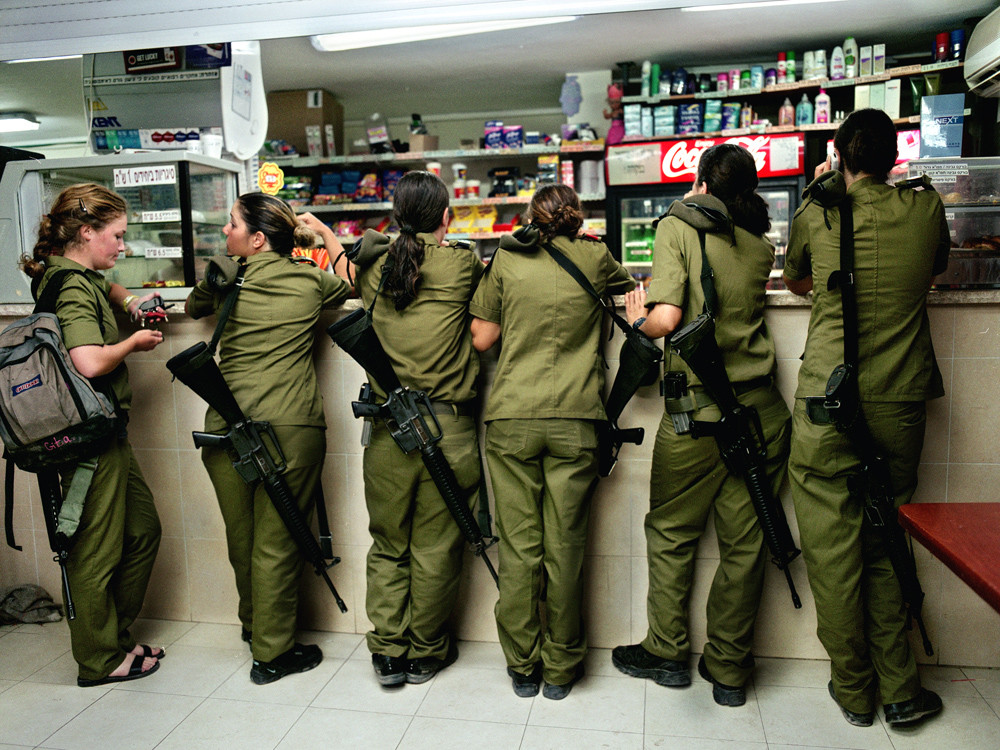 The life of an eighteen-year-old Israeli girl is interrupted to serve in an army involved in daily conflict and war.An insider's look at this difficult rite of passage. By Rachel Papo. 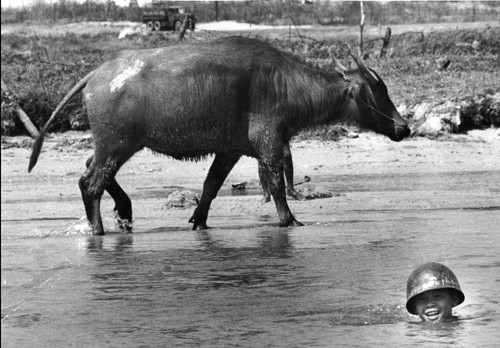 Ranging over several decades and all over the world, this large retrospective series shows people's attempts to have some sort of ordinary life during the ravages of conflict. Showcasing images from Northern Ireland, Vietnam and many more. By Christine Spengler.

The Landscape of War 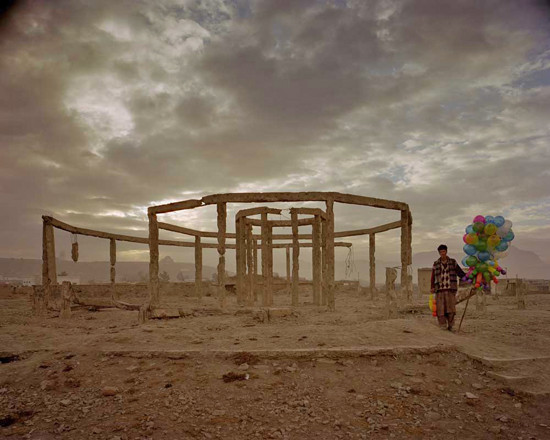 Exploring the idea of "battlefields" and how that term has expanded in meaning in recent wars. Featuring images from several series (with audio interview). By Simon Norfolk. 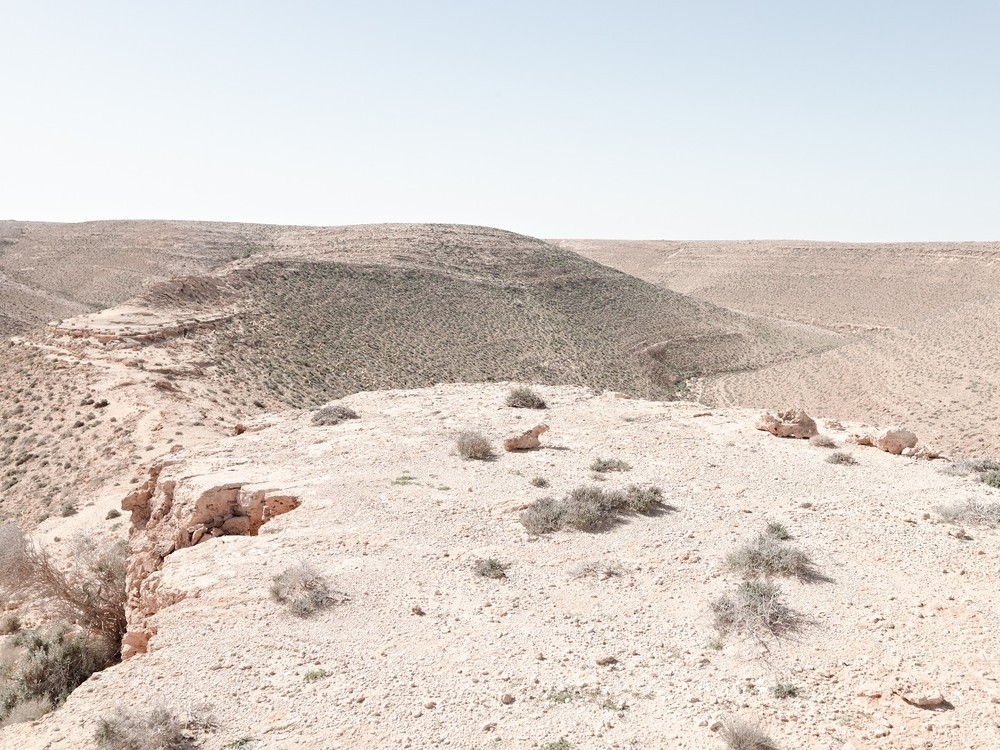 A consideration of the varied landscapes of North Africa that the Allied soldiers of World War II were forced to endure. The emptiness of the landscapes allows viewers to fill in the negative space with their own visualization of the war. By Matthew Arnold. 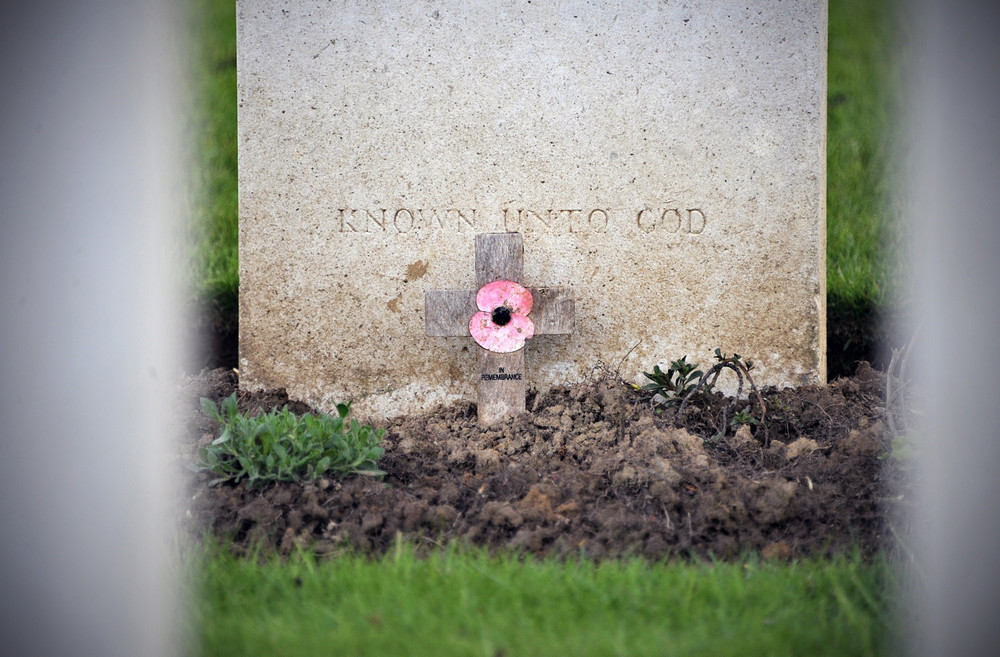 A series of photos of the cemeteries and memorials in the area of the Battle of the Somme in World War I. By Flip Franssen. 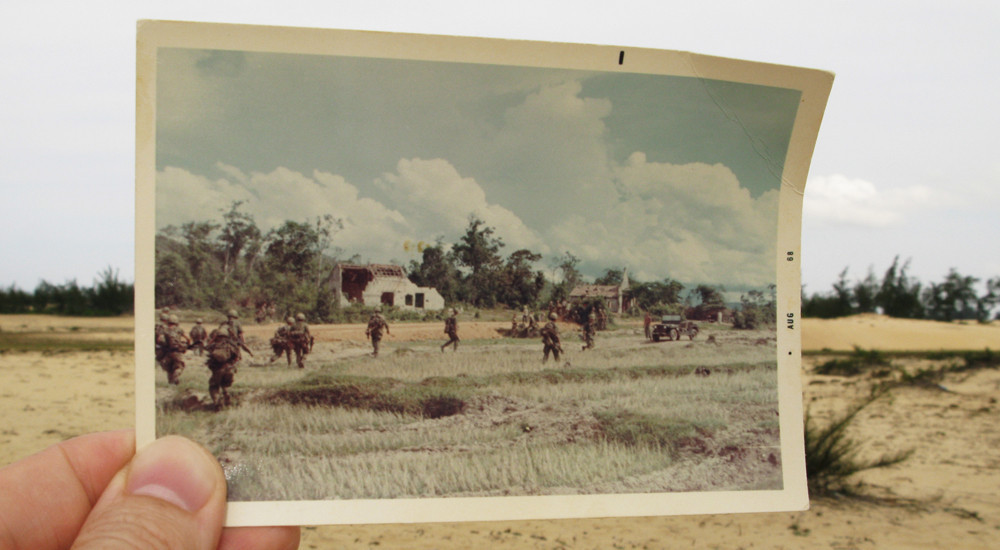 After Gary, a Vietnam War veteran, took his own life, his sister felt compelled to retrace his "footsteps," using his own photographs and letters from the war as guides. By Jessica Hines. 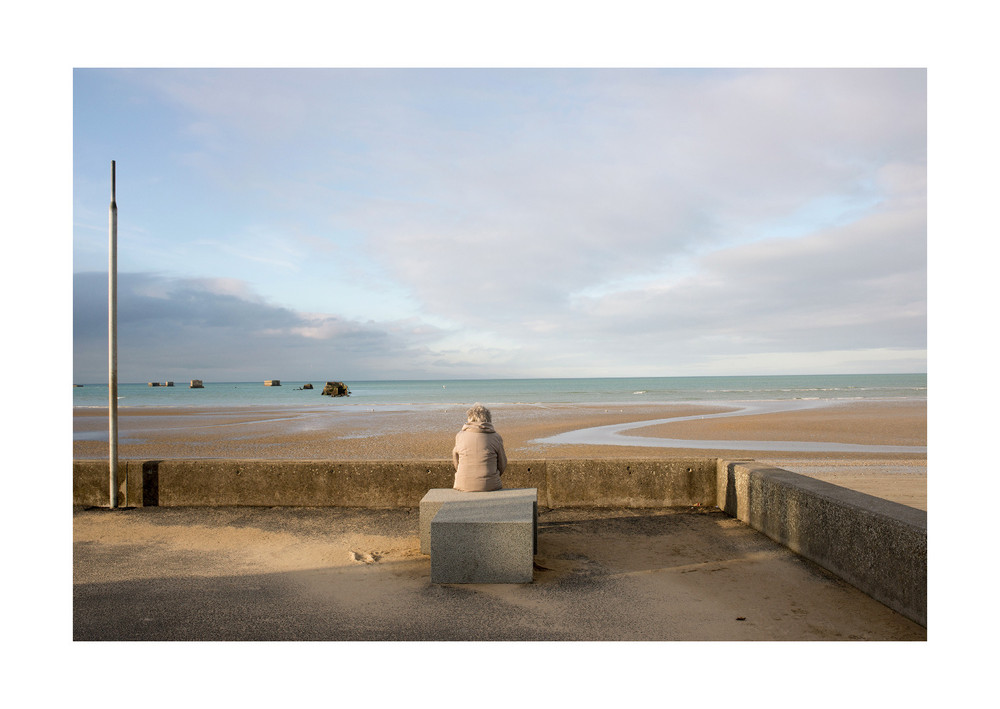 This project invites you to consider the sights, sounds and smells of the soldiers who fought in D-Day as well as those who attempt to connect with the past, looking out across a tranquil, unthreatening sea. By Denise Myers.

Diwaniya April 7, 2003. US Marines remove their dead and wounded after an artillery shell scored a direct hit on a US armored vehicle during an attack on Diwaniya Bridge. From the book "Photojournalists on War" © Gary Knight/VII
Northern Ireland. Belfast. 1972. From the book "War Photographer: Between Shadow and Light" © Christine Spengler
Defense training in the event of a suicide attack, Southern Israel, 2005. From the series "Serial No. 3817131" © Rachel Papo
Jasper, age 21. From the series "Here are the Young Men (Marked)" © Claire Felicie
From the series "Afghanistan Blueys" © Tim Bowditch
Om Ahmad, 72, housewife with 3 children: "My house in Dar’a was destroyed by 2 bombs…I moved to Aleppo with my family and I chose to pick up a weapon and fight the regime.” From the series "Women of War" © Sebastiano Tomada
Chheng recovers after stepping on a landmine in the hospital in Kompong Speu, Cambodia, April 1989. Country: Cambodia, Born: 1959, Served: Cambodian Army, Conflict: Vietnamese Occupation (Cambodian Civil War). © Lori Grinker, courtesy of Nailya Alexander Gallery
Stephen Funk joined the U.S. Marine Corps in 2002, aged 19. He was the first soldier to publicly refuse to be deployed in Iraq. From the photobook "The Grey Line" © Jo Metson Scott
Galina Ivanova, Shchuchyn, Nurse. From the series, "I Reminisce and Cry for Life (Women veterans of II World War in Belarus)" © Agnieszka Rayss. Finalist, LensCulture Exposure Awards 2013. Galina Ivanova Shchuchyn Nurse
Every year, 100 Taiwanese youngsters test themselves to the limits in order to become frogmen. The training has been called "hardest training on Earth". For them, being a marine commando means fame and money. For the Taiwanese military, they are good PR. Huang Adrian (on the right) says he came to the training "to become a real man" © Touko Hujanen
Military hangars containing spares for planes and helicopters at Kabul Airport, destroyed by American bombs. From "Forensic Traces of War" © Simon Norfolk
Bunker Z101 overlooking Mersa Zitoune, Wadi Zitoune Battlefield, Tobruk perimeter, Libya | From the book "Topography is Fate: North African Battlefields of World War II" | © Matthew Arnold Photography. This project, published as a monograph by the German publisher, Kehrer Verlag, considers the varied landscapes of North Africa that the Allied soldier of World War II was forced to endure. Thousands of miles from home, largely untraveled and ignorant of lands and peoples outside his home country, he was dropped onto the shores of what must have seemed to him a dangerous and alien environment—his understanding of the land limited to stereotype, myth and the relevant army field manual.
From the series "Remembering the Battle of the Somme" © Flip Franssen
© Denise Myers
From the book "My Brother's War" © Jessica Hines
From the series "Paradise in Suburbia" © Rebecca Dagnall