Feature
Making Pictures of People
What compels us to look at pictures of people? When is a photographic portrait successful? Does portraiture tell us more about the person sitting for the camera or the image-maker behind the lens? This masterful collection—spanning dozens of photographers—offers precious insight.

Making Pictures of People
What compels us to look at pictures of people? When is a photographic portrait successful? Does portraiture tell us more about the person sitting for the camera or the image-maker behind the lens? This masterful collection—spanning dozens of photographers—offers precious insight.

“Making Pictures of People” is a digital project commissioned by the Nelson-Atkins Museum of Art to complement a physical exhibition of traditional prints that was shown in Kansas City, Missouri August 9, 2013–January 19, 2014. Both exhibitions explored the breadth and diversity of contemporary portrait picture-making. Though the museum’s physical exhibition has since closed, the FlakPhoto digital exhibition lives online in perpetuity.

Below, we have included an excerpt from curator Andy Adams’ exhibition statement. We hope you enjoy his text, our selection and then go on to appreciate the exhibition in full on its dedicated website.

Digital technology, the Web, and social media have changed every aspect of photography, remarkably and forever. They’re also changing the way curators organize and stage exhibitions and the way we, in turn, experience them. What can an exhibition achieve? How should it be presented? Who (and where) is the audience? These questions take on new and exciting dimensions as the medium continues to evolve.

For the past seven years, I have promoted contemporary image-makers and archived their work in The FlakPhoto Collection, a web-based photography archive available exclusively online. The FlakPhoto project has been an ongoing experiment in understanding the Internet and its role in this next, current chapter of photography’s history. Last year, FlakPhoto partnered with the Museum of Art, Rhode Island School of Design to produce Looking at the Land — 21st Century American Views, a digital presentation of contemporary landscape images that aimed to expand the ideas of photographic exhibition and publication.

Making Pictures of People pushes those concepts even further.

As with Looking at the Land, I put out a public call on the Internet inviting the worldwide photography community to submit work for consideration. The response was remarkable — I received more than 10,000 submissions! Making sense of so much material is an imposing challenge and one begins to appreciate the constraints of a physical photographic collection. In the end, I narrowed my focus to photographers working on long-form serial portraiture, and set out to feature a selection of portfolios made over the past 10 years.

The exhibition is an opportunity to consider the meaning of photographic portraiture as well as the multiplicity of images that define it. We’ve structured the show in a way that foregrounds the photographers’ voice — with an emphasis on their ideas, opinions, and experiences. Consider these interviews as you would a gallery talk, an occasion for the artists to share their creative motivations, the way they see the world, and the things that inspire their approach to portrait picture-making. Their images are just one part of the story — their voices add a unique dimension to understanding the work.

I’m interested in expanding the notion of the browser as an exhibition space and the emphasis here is online accessibility, not physical photographic presence. Two of the most destabilizing paradigm shifts of the past decade are the rapid dematerialization of the photograph and the mass consumption of images onscreen. Physical exhibitions are still held in high regard by most photographers and photobooks are more popular than ever, but the loss of inherent photographic physicality makes many people uncomfortable. In Making Pictures of People, the physicality of the image is irrelevant. Naturally, there are concerns about how the Internet diminishes our ability to pay attention to the images we see online. This is another attempt to challenge that notion — to present an engaging, thoughtful photographic experience that encourages slow looking over multiple visits.

The photographer John Gossage has called photography books “objects of fascination.” Elegantly designed websites are objects of fascination too. There’s a good chance you’re reading this on a tablet. Touch plays a big role here and we’ve developed the exhibition so that it renders seamlessly on your mobile devices. You can thumb through these images, taking your time, like you would the pages in a book. Print exhibitions are unparalleled experiences but we’re often limited to just a few hours in the room with the pictures. The advantage here is that you can literally take the exhibition home with you — so you can browse it on your own time, at your own pace. Please, linger as long as you like and come back for repeat viewings at your leisure.

My hope is always that these images will travel — across the Web and the world. You can link to specific galleries and share your favorites in your social networks. If you like what you see here please mention the project in your blog or share it with friends, colleagues and students who would enjoy it.

Thanks so much for looking. 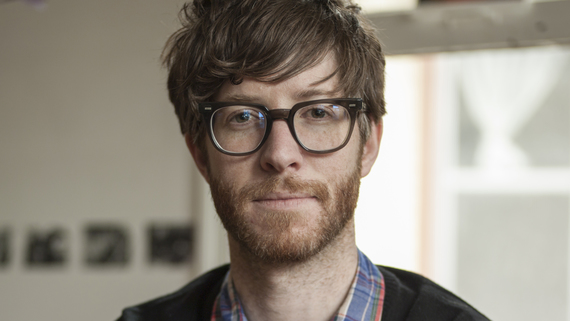 Andy Adams is an independent producer + publisher whose work explores current ideas in photography and visual media. He is the editor of FlakPhoto, a website that promotes the discovery of photographic image-makers from around the world. In his spare time he hosts the FlakPhoto Network, an online community focused on conversations about photo/arts culture. Find him on Twitter @FlakPhoto.