Feature
Suicide Machine: Is Bridgend Really the Town With No Hope?
A small town in Wales—which rose to international prominence after a rash of suicides—is re-examined through the lens of local photographer, who is also facing the question, “Should I stay or go?”
Interview with Dan Wood
View Images

Suicide Machine: Is Bridgend Really the Town With No Hope?
A small town in Wales—which rose to international prominence after a rash of suicides—is re-examined through the lens of local photographer, who is also facing the question, &#8220;Should I stay or go?&#8221;

“The simple truth is that you can understand a town. You can know and love and hate it. You can blame it, resent it, and nothing changes. In the end, you’re just another part of it.”

The work of photographer Dan Wood is not what you might expect given the title of his project, “Suicide Machine.” The title stems from a internationally publicized statistic that Bridgend, Wales was experiencing a high rate of suicides in the early 2000s. Wood’s decision in 2013 to document the city—his hometown—represented a major shift from his prior work on skate culture.

But once he began, he started to see his birthplace through a different sort of lens; that of a husband, father, and ultimately as a person coming to terms with the love-hate relationship that many have with the place where they grew up. Through his photos, Wood asks the big questions, “What does my community mean to me? What impact does it have on myself, my family, and my own child?”

The result of his investigation are beautiful yet melancholy images that depict a place persevering through an economic downturn; where the social fabric is interwoven with feelings of doubt. It appears as if Bridgend’s residents are coming to terms with the question of whether it is better to tough it out, despite the odds, or seek out greener pastures elsewhere. “What should I do?” is a tough question to answer amidst the daily struggle of life and always much easier in hindsight. But by then, it may be too late…

Cary Benbow, of Wobneb Maagazine, spoke with Dan Wood to find out more. This is an edited transcript of their conversation.

CB: What is the idea behind your “Suicide Machine” series?

DW: It all started with my audition of an old Hasselblad 500cm. From somewhere came this epiphany that I’d make a project about my hometown, in colour…When my wife became pregnant with our first child, something clicked in my brain which made me start to think very differently about things—mainly, “Shall we bring up our daughter here or shall we move away?” (probably overseas). So I started forming a synopsis and photographing different parts of the town and also shooting some portraits. It felt so refreshing and new to be using the Hasselblad and colour film, but I was also contemplating my family’s destiny at the same time. What does the future hold for Bridgend and would I want to bring up my daughter here? In short, “Should we stay or go?” — this is what the project is ultimately about.

I’ve now been working on the project for 3 years and I shot the last roll of film for the series last week. It’s time to move on to something new.

CB: What aspects of Bridgend do you wish to show to viewers through your portraits of residents?

DW: I always knew that I wanted to include portraits—in fact it was fundamental to the project. I wanted to show what the people of Bridgend looked like. At first, I focused on folks that were kind of stuck here for life, but as the project developed, I also became interested in the people who had left for a better life elsewhere. Bridgend is quite a small town so everybody knows each other in some way.

I’d never plan the portraits, it was always a spur of the moment thing if I felt the time was right. My camera was always with me so it was just a matter of getting that feeling and then asking the person if it was okay.

Over the three years, I inevitably ended up re-shooting the same person on several occasions, either hoping for a better picture or because I had learned more about their circumstances and needed a fresh shot that consciously included the new knowledge I had acquired of them.

CB: What has been the reaction to the work from people in the area?

DW: The work has been exhibited at three venues in the last year, including Bridgend itself! Thankfully the reaction was nothing but positive. I did receive some challenging remarks on Twitter about the title, suggesting I was being “insensitive and glamourising suicide.” Their attacks and attempts to drag me into an argument were totally ignorant—it was obvious that they hadn’t even read the synopsis, only the title, which I refused to change.

CB: Your work is specific to Wales, but do you feel your work makes a comment on a universal level, as well as the personal level?

DW: To me, Wales feels kind of neglected by the outside world, like we get the raw deal every time—the “nearly” nation that’s living in the shadow of England and Scotland. In that sense, local art and culture are something not to be taken for granted, so we have to grab onto any hint of them as much as possible.

In regards to the “Suicide Machine” series, I’ve looked at many “small town” projects over the last few years and it’s the same story everywhere: small towns are suffering a dark depression at the moment. This is especially evident in the UK, but globally as well.

So, I think Wales is much like many other places in the world and thus, I do think the work translates outward. I really want people from all over to look at my Welsh projects and be able to identify with something in there.

CB: In a recent interview you did with ffoton, you had a great quip: “With a digital camera, you’re always looking at the last shot, but with film you are looking for the next shot.” What importance has film photography had for you?

DW: Film is what drew me to serious photography in the first place. I was totally fascinated by the idea that a split second in time could be frozen onto a piece of celluloid and become a physical thing—it’s something that you can actually hold in your hand…So it’s always been about film for me: shooting, developing, printing, scanning, the cameras, I love it all, especially the pace in which you work.

For some reason, digital has never interested me. It’s incredible for certain things, and I do own a digital camera, but there’s no allure for me to fully switch from film.

CB: Do you feel the increasing expansion and widespread display of images through social media outlets, like Instagram, has watered down the impact that medium-format photography used to have?

DW: Definitely. The majority of people view pictures on their phones these days, so for instance, if you’re posting medium-format photo on Instagram, the viewer is basically looking at a version of the photo that’s smaller than the actual negative. The impact of the image, then, is undeniably affected and can’t be fully appreciated.

Still, medium-format photography seems to have grown very popular once again, which is fantastic. Considering the fact that film/processing is expensive and time-consuming, it’s surprising but a positive development.

CB: What/who are your photography inspirations—and why?

DW: I find that just being outdoors is great inspiration. I like to shoot street and road trip photography, too, when taking breaks from projects. But my main source of inspiration comes from photo books, and I’m completely addicted to collecting them. It’s becoming a pleasant problem! Visiting photo exhibitions is something I find enriching as well.

I truly admire photographers that can make the mundane, interesting—it’s just so clever. That kind of gift can open up a whole new world, and I’ve been fascinated with unlocking it for a long time. Some of the photographers whose work I admire would be: Trent Parke, Stacy Kranitz, Alec Soth, Joel Sternfeld and Todd Hido.

Now, I don’t want to seem like I’m imitating them—I take great pride in the fact that I have developed my own style and approach over the years. To me, these photographers are “real life” photographers (in the broadest sense)—they tell stories about real life, and they each have their own styles and methods in which they do it. That’s what I’m most interested in when it comes to photography: real life and real people. That’s what I want the viewer to understand.

CB: What are the obligations of a documentary photographer?

CB: What’s your opinion on the role of a photographer as publisher and what you think about the recent increased push for photographers to publish photo books?

DW: We’re in a golden age of the self-publishing photographer, which is wonderful, and I’m sure will be looked back on fondly if the trend ever dies out. There are so many admirable photographers creating beautiful photo books, which are pieces of art in themselves.

The only downside is the flooding of poor-quality photo books by mediocre photographers, which can sometimes make it difficult to discover the good ones. There’s lots of fantastic little independent publishing houses popping up all over the place too, which is definitely another good thing.

I made a few dummy books over the last few years and really like the fact that the photographer has full control over how their book will look at the end result—there’s also absolutely no stigma attached to self-publishing these days, which is great in terms of increasing access. 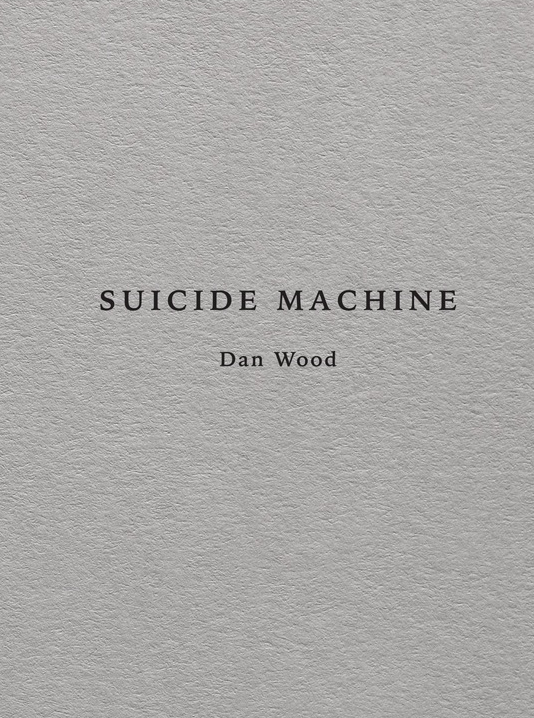