Book review
Human
In this study of sharp contrasts and sculptural abstractions, the story of the banal brick becomes a reflection on the history of human civilization.

Human
In this study of sharp contrasts and sculptural abstractions, the story of the banal brick becomes a reflection on the history of human civilization.

In 2014, photographer Gábor Arion Kudász was approached by Wienerberger, a global brick company commissioning artists to create images related to their business enterprise. At first, Kudász was disenchanted. Bricks and factories didn’t seem like a particularly interesting topic to tackle, especially for an artist working between such cinematic and material aesthetics. But the more he thought about it, the more Kudász realized that bricks represent so much more than their immediate, banal form. “I started to understand that the brick is the metaphor I’ve always been looking for. It’s a simple and humble object, but I can use it to talk about something that is simultaneously personal, local and global. I can talk about things that happened 10,000 years ago, or I can talk about what might happen in the next century.”

Suddenly, the commercial subject matter transformed into a symbol grounded in civilization and the creativity of mankind. Human beings around the world have used bricks for centuries in various iterations, and its form is as much a pillar of society as our own bodies. As Kudász started photographing, the objects took on the role of abstract, beautiful sculptures, their edges alluding to something beautifully primal as opposed to strictly utilitarian.

Each of Kudász’s photographs is a perfectly-lit playing field of contrasts. The images feel as though they were taken while stuck in some temporal limbo between the past and present, housed in the terrain of an alternate dimension. While there is a range in the subject matter—portraits, group settings, landscapes, buildings and, of course, bricks—they all work together to tell the subtle story of how our constructed foundation came to be. The selected takes are often posed, but feel natural somehow, like they are candid moments captured during an unfamiliar, ethereal set of behaviors.

While making the project, Kudász visited ten factories in total throughout Hungary, Romania and Bulgaria. Some of these factories operate 24/7, while some are permanently shut down, but no matter their status, the photographer approached each destination as a site of equal importance for his narrative. Flipping through the images in Human, we feel the energy of movement and sentience that Kudász coaxes from these inanimate objects, and we are compelled to touch them and find out more.

Kudász is quick to credit the unified feeling between his images to the black and white process and his large format camera. “A couple of years ago, someone asked me why my pictures are all color photographs,” he muses. “I said: Because life is color, so black and white is actually an artificial layer we put on a colorful world. I now realize this is completely untrue. I wasn’t able to find the correct language for this project in color, because it made the bricks too literal. A brick needs to have a little help to become a human, a figure, and vice versa.” For Kudász, the bricks in these photos are just as sentient as the humans they are shown alongside, explaining his choice in title for the work.

After developing the images for Human over a number of years, Kudász took on the challenging task of creating a publication of the work. The resulting book is a luscious, dynamic object, incorporating a bright terracotta cover with the monochrome images, alluding to other familiar earthenware building materials. Turning through the pages, the paper feels rough and substantial like the subjects fixed on their surface, and we can clearly see how Kudász’s images are as much a study in visual form as they are the story of our relationship to the humble brick. The figures are simple and familiar, made complex by their striking presentation and clustered contrasts.

The book was published in a limited edition of 500 copies, again transforming the idea of the brick into something more precious than we might presume on first glance. The images stand so well on their own, but together they make for a fantastic, multi-layered story. “Before Human, I never made a series that had a narrative beginning and end,” Kudasz reflects. “But with this project, the pictures started linking together right away, in groups of five or six or twenty. It was like each one was being invited into the series, either on its own or in groups, and that’s what unites them into this single journey.” 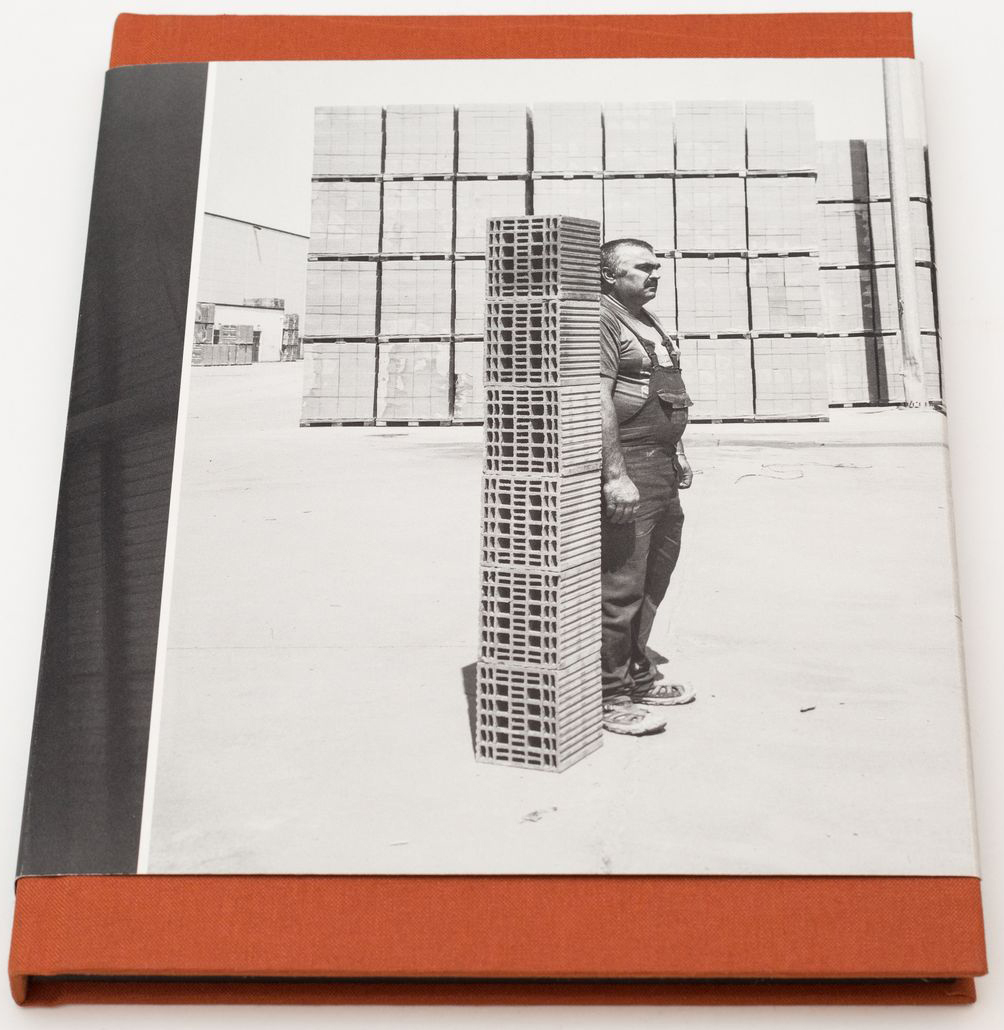