Award winner
Apart Together
Today, there are over 200 million migrants worldwide—this overwhelming figure is humanized through the singular narrative of Sahra, a Somalian refugee living in Munich. A reminder that underneath the alarmist headlines, there are individuals, human beings who feel lost and alone…

Photographs and text by Inés Duemig

Apart Together
Today, there are over 200 million migrants worldwide—this overwhelming figure is humanized through the singular narrative of Sahra, a Somalian refugee living in Munich. A reminder that underneath the alarmist headlines, there are individuals, human beings who feel lost and alone…

Inés Duemig is one of the 50 best emerging photographers for 2015, as voted by the eight-member international jury for the LensCulture Emerging Talent Awards 2015. Here is her winning entry and artist’s statement. View her profile to learn more about her and to see more of her great work.

According to the International Organization of Migration, there are over 200 million migrants worldwide, and the geographic region of Europe is home to the highest number.

There are many reasons for this: economics, civil wars, and the effects of global warming. We see these stories repeated over and over again in the media. It’s a dangerous journey but most don’t have a choice. Nevertheless, the Schengen Area has begun to seals off its Southern borders more and more consistently. For example, the electronic monitoring system (or, “surveillance network”) Eurosur is equipped with new technologies and rapid intervention teams for border security. These so-called Rabbits ensure a complete barrier to Fortress Europe.

Meanwhile, in Europe’s leading country, Germany, there were 2,486 unaccompanied underaged refugees who were registered in 2013.

Is human dignity invaluable? The world around us would seem to suggest otherwise. With this project I have tried to regain some of that lost dignity, those private moments when we feel safe enough to reveal some of ourselves.

Sahra was born in Somalia, but left her home country when she was fourteen. After a perilous two year journey, she currently lives in Munich, Germany. She reveals her inner selves but many of her feelings and emotions can be accessed only subliminally.

Her official status is “Suspension in deportation.” Coming to Europe as a refugee, but never being able to settle, she tries to be part of a new world while reflecting on the people and the cultures that occupy it. Through her unresolved situation and all her experiences she cannot establish a fixed identity; instead she has many identities—not unlike all of us, who tried to shape ourselves when we were young and attempted to discover what kind of people we were

Sahra reminds me of a mosaic or a labyrinth. As if the patterns on her fingers were a poetic symbol. Indeed, her fingerprints play a significant role in her story since the lines can be seen in relation to her journey and the distance she travelled. Her story is a remarkable one, but her testimony is just another one lost among the countless others like hers, that have been seen and documented before. We hear so many of these stories, somehow we know them all already.

Isolation is a main issue in her story. That’s why I decided to photograph her on her own. The issues of closeness and distance play an integral role in her story. Symbolic meanings play a significant role in the pictures, which are like windows to her inner landscape, different interiors. What French poet André Breton described as “a desire to deepen the foundations of the real, to bring about an ever clearer and at the same time ever more passionate consciousness of the world perceived by the senses.”

The stories we see in the media related to immigration are fleeting. With these pictures I intend for the viewer to stand still. To pause for a moment. It is a test of our here and now, a touch from a distance. My intention is to put us in real contact with absolute distance, the searching for a presence. If we understand that “presence is not something present; what is there, not approaching, not withdrawing (…) and yet designates an infinite relation” (Maurice Blachot). 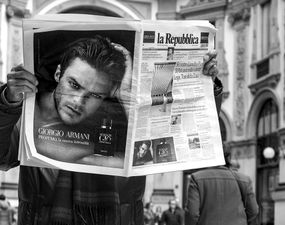 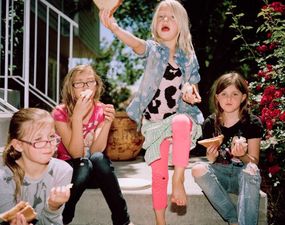 Happy Valley
Brian Shumway
An intimate, strange and quirky family diary chronicling over several years the everyday lives and relationships of typical middle-class kids and teens as they come of age in the ever-changing but sheltered milieu of contemporary suburban... 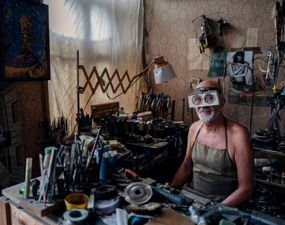 Mystics, Priests and Artists from Poltava, Ukraine
Viktoria Sorochinski
The mysterious Poltava region in Ukraine has been a source of inspiration for eccentric artists, writers, mystics and religious figures for centuries. 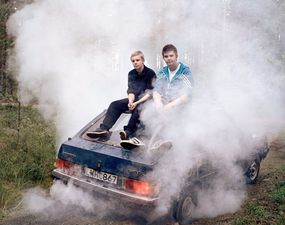 Elf Dalia
Maja Daniels
Enter the mysterious world of Maja Daniels’ “Elf Dalia,” a striking photobook about the town of Älvdalen, where an ancient form of Vikings’ Old Norse is still spoken today. 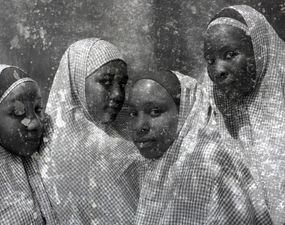 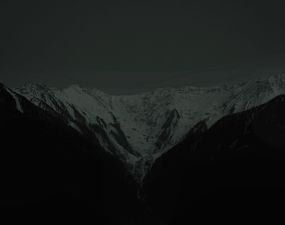 Stille Berge
Michael Schnabel
Rejecting the stereotypical approach to photographing sublime mountain ranges in the light of day, this photographer instead points his lens towards the snowy peaks of the Alps at night.