Interview
Antarctic Abstraction: Plunge into Pure White
Antarctica—the landscape of the mind. Delve deeper into Jean De Pomereu’s dizzying, beautiful abstractions made at the end of the earth.
Interview with Jean De Pomereu

Antarctic Abstraction: Plunge into Pure White
Antarctica—the landscape of the mind. Delve deeper into Jean De Pomereu&#8217;s dizzying, beautiful abstractions made at the end of the earth. 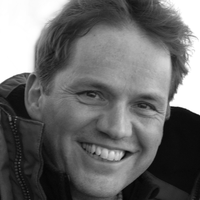 For me, Antarctica is an object of continued visual and intellectual fascination: A wilderness that, however much it is scrutinized and deconstructed, remains unmoved in its glacial quietude, its penetrating silence, and its ability to draw us, one degree at a time, toward the essential.

Explorer, photographer and polar researcher Jean de Pomereu has been returning to Antarctica again and again over the past decade, continuously drawn by its unique majesty and enthralling grandeur.

Jean de Pomereu was named a finalist in the Exposure Awards 2014 for his series Sans Nom, which he shot on a single evening in the Pridz Bay region.

In this short interview—shot at Photo London 2015, where LensCulture hosted an exhibition of all the Exposure Awards’ winners and finalists—Pomereu delves deeper into what drives him to the very ends of the earth in pursuit of his work.