Book review
Skid Row
A former fashion photographer became obsessed with the people and places of Skid Row in Los Angeles—this is her story and the photos she made over the course of several years.

Skid Row
A former fashion photographer became obsessed with the people and places of Skid Row in Los Angeles—this is her story and the photos she made over the course of several years.

Most of the time, they’re just curious, but sometimes there is a hint of a reproach: “Why are you —a relatively wealthy, white girl from Amsterdam —spending your summers on the other side of the planet photographing the poor and the homeless in Los Angeles?”

People are rightfully curious. Am I taking advantage of people? What’s my investment? What are my intentions? What’s in it for the Skid Row residents? These are fair and vital questions to someone like me who is photographing some of society’s most disadvantaged and vulnerable citizens.

I feel the need to address these queries openly and head-on. The need to talk about photographers’ responsibilities and about art’s relation to social change never goes away.

Skid Row is a neighbourhood in downtown LA where some 15,000 people —mostly African Americans —live in shelters, flea bag hotels, or on the streets. Many residents have, or are recovering from, addictions or mental health problems.

I came into the neighborhood by chance in 2007. Close to the Hollywood building where I spent my holiday lived a homeless family. Their “home” consisted of a few mattresses, food items, and children’s toys, stuck between two walls. One day, there was a fire, and all of it was gone.

The internet has many photos of Skid Row, but most of them are made from the passenger-seat of a car, or with a telephoto lens.

This tragedy moved me as a singular event—but it also made me see more widely. Suddenly, I noticed these “homes” everywhere. Strolling through Los Angeles you’ll find them hidden in corners, alleys, parks, bushes, and bus-stops  or even in plain sight on the sidewalk.

Human living conditions had been my main area of interest in the years since I shifted from fashion photography to documentary. So when someone took me to Skid Row, I knew I had found my subject.

I knew I wasn’t the first photographer to work there, but I also knew that no one had captured the neighborhood successfully. Weegee wanted to make a book about Skid Row, but it never happened.

The internet has many photos of Skid Row, but most of them are made from the passenger-seat of a car, or with a telephoto lens.

It is not without reason that photographers have longer maintained their distance. Skid Row can be a dangerous place to work. Most residents don’t like photographers. Some of them can be unpredictable and violent.

Spend time on Skid Row and you’ll discover, as I did, a warm, friendly and remarkably resilient group of folks taking time and responsibility for each other.

I’d be lying if I said I had never been scared photographing on Skid Row. A few times, I’ve even feared for my life. Most of the time however, things have gone smoothly. Often, I was accompanied by Kevin, a big, friendly former lawyer who knew the neighbourhood and could handle the hotheads.

I always ask for permission before making an image. That helped a lot. Some people have found comfort on Skid Row, most have not. But all have found community. Still, feelings of shame can accompany homelessness, so I never assumed I could snap away freely. I never photographed anything that people felt uncomfortable with.

Maybe it’s my fashion background, but I think beauty lies in the details. I began by zooming in closely on people’s homes, clothes and belongings. I photographed shopping carts, bedrolls, cardboard boxes, shirts, dresses, toilet items, and even a perfectly arranged breakfast tray that someone left on the sidewalk.

Later, when the residents started to know me better, I asked if I could take their portraits. This often turned out to be a challenge. When you’re feeling weak and vulnerable, you usually don’t want your picture taken. Others were clowning around or showing off.

Spend time on Skid Row and you’ll discover, as I did, a warm, friendly and remarkably resilient group of folks taking time, care and responsibility for each other. As a foreigner, I’d sometimes feel lonely in LA. Whenever that happened I took the bus to Skid Row, where I would always find a friend to talk to.

Continuing For Seven Years and Sharing The Work With the World

During the dark December days in Amsterdam, I found myself longing for Skid Row. So I kept coming back, year after year. I became interested in the history of places like the Million Dollar Hotel, Crabby Joe’s (Charles Bukowski’s hangout) and Clifton’s Cafeteria.

Still, there was that nagging question: was I not taking advantage? Isn’t it “wrong” to show this work in a gallery or in a book?

I started photographing the architecture, and signs of the recent gentrification of Downtown LA, too.

I was resistant for a long time to formalize the work, or to call it a project. I enjoyed being on Skid Row, and I enjoyed making portraits. Could others’ impressions of Skid Row change significantly, as mine had, and might that shift be helped by committed portraits? I began to think so, more and more.

Still, there was that nagging question: was I not taking advantage? Isn’t it “wrong” to show this work in a gallery or in a book?

Then again, isn’t it important to show the human face of a neighbourhood that many people don’t know, and that is often vilified? What was the alternative? To do nothing and bury the work?

One day, I decided to ask my friend Kevin, who laughed at my patronizing suggestion. In his view, everyone on Skid Row was trying to make a buck, and so was I. What was the problem?

I’m not sure if what Kevin said totally convinced me, but I’m glad he said it. I haven’t heard a better answer yet.

This text was published originally on Medium’s photoblog, Vantage. 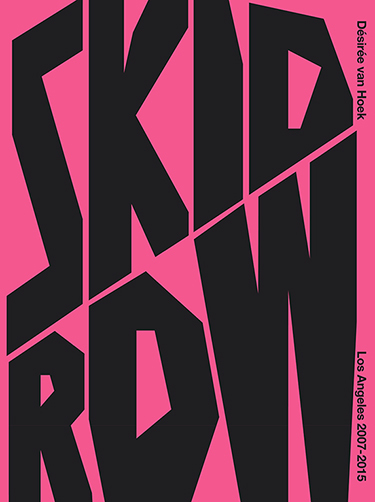