Interview
Like a Bird: The Freedom of the Circus in Muslim Countries
Afghanistan or Iran are not the first places you would expect to find active circuses—but as a young German photographer discovered, these spaces for playful performance provide a much-needed outlet for children (especially girls) living in these countries.

Like a Bird: The Freedom of the Circus in Muslim Countries
Afghanistan or Iran are not the first places you would expect to find active circuses—but as a young German photographer discovered, these spaces for playful performance provide a much-needed outlet for children (especially girls) living in these countries. 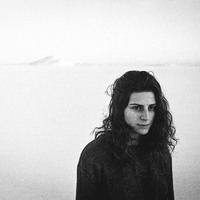 The circus is a place free of religion, nationality or skin color—it is a refuge in times of uncertainty or conflict. With my long-term documentary project “Like a Bird,” I focus on circuses in Muslim countries and, abstractly, on the desire for freedom within these conflict areas.

Seen from an outside perspective, e.g. by someone from the “West,” one does not associate countries like Iran, Palestine or Afghanistan with the idea of the circus. But there are circus projects in all of these countries, despite the tension they face from armed conflicts (Palestine, Afghanistan) or rigid, religious morality (Iran).

The artists of the circuses, as well as the visitors, are the focus of my photographs: how can the circus artists in these countries create a kind of “free” space with their art? Which dreams and hopes do they connect with in their work? What kind of external effect do these circuses exert on their surroundings? I wanted to look at the circus as a place of escape from everyday adversities (Gaza Strip) or as a site where young girls can experience a free and equal atmosphere outside their parents‘ house (Afghanistan).

Through the contrast of intimate portraits, staged performances in the rural/urban environment of the circuses, and images of the spectators, a multitude social currents are pointedly captured here. The quintessence of the project is embodied in the title “Like a Bird.“ These words were spoken by one of the artists from the Gaza Strip, and it seems, to me, to be made clear in the atmosphere of the photographs.

Photo editor Winifred Chiocchia, a frequent contributor to LensCulture, sat down with Johanna-Maria Fritz to learn more about this remarkable project.

LensCulture: You started taking pictures at a young age. What exposed you to photography so early? And how did you learn to become a photographer—in the practical sense, I mean, not just in the classroom?

Johanna-Maria Fritz: When I was 14, my mother gave me my uncle’s old Minolta to shoot with. I used it to take simple, black-and-white pictures of my friends and my environment. Eventually, I began working with a film photographer in parallel to my high school education. As soon as I graduated, I went to Hamburg to work with fashion photographers. Six months later, the late photographer Daniel Josefsohn offered me a job, so I decided to move to Berlin.

Eventually, I ended up at the Ostkreuzschule for Photography (OKS). The OKS is a really free learning environment; their use of flexible tutoring hours allows for a lot of independence, but the school also pushes you to learn on your own through practical experience. This is a skill I find absolutely vital. After all, you’re never done learning—to this day, every time I’m out in the field, I discover new ways to refine how I work and see.

LC: Your ongoing project “Like a Bird” documents circus life in countries such as Afghanistan and Palestine—countries disrupted by brutal, ongoing conflicts—and Iran, where society is dominated by a rigid religious morality. Could you explain how the small circus communities function in these countries?

JMF: In this project, I have followed two types of circus companies: the traditional family circus and the circus school.

“Khalil Oghab” is a traditional family circus I documented in Iran. It was founded by Khalil Oghab, a legendary strongman, once known as the “Hercules from Persia.” After touring the world as a performer for decades, in 1991, Oghab received a government invitation to return to Iran. His original circus contained 60 performers from countries such as Italy, Romania, and Portugal. Its legacy was carried on by his children, making it a family affair. Indeed, this “family” idea was even present in the way I worked—I lived with the circus troupe, in my own trailer, while producing my pictures.

In Afghanistan, the circus I followed is more like a school. Based in Kabul, it is called the “Mobile Mini Children’s Circus” (MMCC). The trainers teach the kids skills, such as juggling and tight-rope walking, and prepare them to perform in shows. Many of these kids come from internally displaced person (IDP) camps or the country’s poorest districts. Thanks to the circus, they are able to travel the country and even visit normal schools (which they are normally barred from entering) as performers. Besides its central location, the MMCC has “funtainers”—containers with circus equipment inside—that they spread across the different provinces of Afghanistan.

Circuses in Palestine work under a similar principle. As in Afghanistan, the trainers and the kids put on performances together. For some young people in Palestine, the circus provides them with the only opportunity to travel outside the country.

LC: The education and opportunities provided by the circus cut across both economic and gender lines. You wrote, “In patriarchal societies, circus schools offer girls the opportunity to demonstrate what they can do.” How does the circus contribute to female education?

JMF: Naturally, my experiences in these countries greatly varied from place to place. From my perspective, the girls living in the West Bank, depending on their family, had the most freedom. This is a product of the long history of foreigners visiting and working in Ramallah. In Iran, on the other hand, women are strictly forbidden from performing in front of an audience. In Afghanistan, a performer’s freedom depends on a combination of factors, namely the family, the particular village/city and the girl’s age. Nevertheless, even in the most conservative situations, the circus provides the promise, or at least possibility, of a way out.

For example, there was a woman I got to know in Iran who was the wife of an artist. For years, she wanted to become a performer herself. At night, she would train, sharpening her skills, so that one day she might join a circus in Turkey and realize her dream of performing.

LC: Together with a colleague, Charlotte Schmitz, you are currently also working on a project titled Garden of Lost Dreams. It documents the situation in the Tiergarten park in Berlin, where young, male refugees support themselves through sex work. Your project both illuminates the issue and also provides direct aid to these young men. In light of your circus work and this latest project, what can you say about the role of the photographer when it comes to directly engaging in social activism?

JMF: The experiences I have had over the course of my professional life have persuaded me to abandon the concept of “perfect objectivity” in photography. Every one of my projects over the last few years has involved contact with individuals who continue to impress me, whose experiences I draw upon and who accompany me long after a project is finished. My perspective as an outsider is always present during my work; it is impossible to observe a situation from exactly the same point of view as someone who is living it. But just because I am a photographer doesn’t mean I have a neutral understanding of the situation. I no longer believe there is such a thing as remaining removed or uninvolved—everything impacts you personally. Your choice is then either to suppress the effect it has on you, or let it move you and eventually expand your own political potential to make a difference.

In the case of “Garden of Lost Dreams,” the aim of our visits to the Tiergarten is no longer to photograph the young men but rather to expand our mentoring and sponsorship program. The role of photography as a means to communicate and establish publicity has been replaced by an activism that runs along the same lines. We have since organized a network that links all the existing efforts created to help these young men. Our cooperation with experts working on these issues has given us the opportunity to come into conversation with local political powers. We hope to build upon the existing structures of our project to help the young men integrate into a society they never had the opportunity to be a part of.

By building on our original photographic project, I’m witnessing the growth of a venture whose final form I can’t yet predict or determine. But I can sense the potential we have to dismantle discriminating structures and integrate people. That is a goal worth setting aside my camera for.