Award winner
After SELMA
“We have marched from Selma, but 50 years later, where are we now?” Turning a contemporary lens onto the issues of racial inequality that divided the United States in the ’60s and have recently come back into the public eye.

After SELMA
“We have marched from Selma, but 50 years later, where are we now?” Turning a contemporary lens onto the issues of racial inequality that divided the United States in the ’60s and have recently come back into the public eye.

Joshua R. McFadden is one of the 50 best emerging photographers for 2015, as named in the LensCulture Emerging Talent Awards. He was also one of the eight “jurors’ picks.” Here is his winning entry and artist’s statement. Below, you can also read more about what made his work so special in the eyes of the jury.

The road from Selma to Montgomery, AL wasn’t without opposition. Yet through adversity, Martin Luther King Jr. led thousands from the African-American community into new and deserved territory known as the Voting Rights Act of 1965.

As seen in these photographs, today’s streets mirror similar scenes from the past. Across the country, community members of all races mourn the wrongful deaths of black boys and young men, while still fighting for what they thought they had all along—civil rights. Their sentiments can be heard: “We have marched from Selma, but 50 years later, where are we now?”

“After SELMA” will continue to be documented all over the USA. 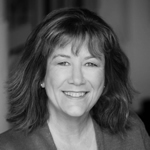 LC: Your work is politically charged. Do you see yourself foremost as an activist or a photographer? Do you feel that these identities go hand-in-hand? Has your work been successful in advancing your point of view?

JRM: I am very much an artist. My work reflects topics I am passionate about. Photography has always been used to tell the stories of social injustices and to advance human and civil rights for all. I believe the photograph continues to hold the power to influence the architecture of social topics and the way people think about them.

So yes, photography and activism go hand-in-hand for me. The new civil rights movement is the primary driving force behind the work that I create. Like the great Moneta Sleet said, “I was a participant like everybody else”—in other words, I feel it is an obligation to be a part of the movement and to continue the work of my ancestors.

LC: The portraits of people gathering together were some of most engaging images. Did you stage the portraits or were they all taken candidly? What was your editing process like?

JRM: I began taking these photographs during the 50th anniversary of the historic march from Selma to Montgomery, Alabama. Fifty is significant because it symbolizes jubilee or deliverance, as well as freedom in action. I kept that idea in mind while I was taking photographs.

All of my photos are taken candidly, in the moment. I think I capture the essence of the people I photograph by fully immersing myself in the environment. For editing, I simply chose the photos that spoke to me the most. I hope people will develop the same emotional connection with these photographs that I feel.

LC: Your photos both reference the past and ground us in the present. Can you talk about why you chose to shoot the series in black and white? What were the pros and cons of that decision?

JRM: In some instances, color can be distracting. In this project specifically, the black and white photography allows viewers to see things differently. This is a current project that is heavily informed by deeper historical roots. Thus, black and white imagery helped to connect those ideas.

LC: In your statement, you ask, “50 years later, where are we now?” Did creating this project help provide you with answers to this question?

JRM: This is a question I posed before beginning the series and completing it has provided me a great deal of insight. The similarities between the Civil Rights Movement of the 1960s and the movement today are striking. I will continue to seek answers to this question, but what has truly become clear to me is that freedom is absolutely a constant struggle.

LC: In the 1960s, it seemed that words (MLK’s speeches, for example) catalyzed actions (mass marches). In 2015, images seem to be the catalysts (for example, the many, many videos that have sparked the latest protests). What do you think about this shift? What role can or should photography play in the contemporary struggle for civil rights?

JRM: The civil rights movement in the ’60s was organized during a time when technology had a significantly diminished presence compared to the contemporary world. Technology was far less accessible. An enormous amount of behind the scenes work went into organizing the demonstrations of the ’60s. It is actually quite amazing how well-organized they were then without computers and cell phones.

Today, we have gone from a movement that was led by prominent leaders like Martin Luther King, Jr. and Malcolm X, to a movement that is now led by small groups and digital activism. Today, we live in a completely digital world where social media platforms and countless other media are disseminating new information at rates unimaginable in the ’60s. Word travels much faster. Photography exposed the brutality of Bloody Sunday in 1965, and also the death of Eric Garner sparking national protest in 2014. It is interesting to see the huge role photography, both still and moving images, are playing in the contemporary struggle for civil rights.