Interview
Neverland: My Korea
“When I first came to Korea, I felt there was a secret behind every corner…” Hailing from the furthest reaches of Canada but quickly adapting to his distant home, JT White discusses how honesty and connection lie at the heart of his street photography.

Neverland: My Korea
“When I first came to Korea, I felt there was a secret behind every corner…” Hailing from the furthest reaches of Canada but quickly adapting to his distant home, JT White discusses how honesty and connection lie at the heart of his street photography. 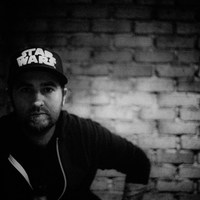 Josh White (also known as JT White) grew up in the furthest reaches of eastern Canada—the island of Newfoundland. From there, life’s journey took him around the world and eventually to the bustling streets of Seoul, South Korea. It was there that he discovered his most important form of expression and his visual diary: street photography.

LensCulture reached out to White to learn more about his work and his views on the genre. This is an edited transcript of the exchange:

LC: Many of your images have a particular atmosphere which haunts the viewer, drawing us to ask more questions about the scene—like they are hiding a secret behind them. How do you create this atmosphere, is it conscious?

JTW: To be honest, I don’t think much about it and I don’t set out to create this type of atmosphere. I take photos of what I see, nothing more or less. The fact that my photos have the atmosphere you describe probably says more about my personality than anything else—my photos are projections of my own mood.

Another way to put it is that I am essentially a selfish photographer. I think my personality is all over every image I take. I would almost go as far as to say that the photos I take are all for me. I think of them as the story of my life.

Finally, about secrets: when I first came to Korea, I felt there was a secret behind every corner…In a lot of ways, my photos are usually lies. What I mean is that if you were there with me while I was taking them, the scene wouldn’t feel nearly as dark or dreary. So I suppose it’s not just what I see but the way I see it.

LC: Born in Newfoundland, Canada, then you moved to Korea where you started taking pictures. What happened there that drew you to photography? What was your “a-ha” moment with street photography?

JTW: I originally started taking photos in Korea so that I had something to send home to my friends and family. Actually, I was more of an athlete growing up and never really thought much about taking photos, making art, anything like that…Even today, I only take photos while I am going somewhere or on my way to something. I almost never go out with the singular goal of making pictures.

Still, it has become a habit. For example, I take so many photos on the subway because it is how I pass the time. Some people read whereas I take photos. I don’t think I ever really had an “a-ha” moment, just a gradual but steady process, really.

LC: You once wrote, ”I take photos to feel connection. I like the idea of fleeting connections. A small piece of shared time.” Could you say more about this concept?

JTW: I am intrinsically a shy person. I don’t speak a lot in social situations. But the camera gives me an opportunity to talk to people. It forces me to do so, actually.

In street photography, we take photos of small moments in others’ lives. In that instant, a connection is created. I get as close as I do because I want this connection to feel more real. At the same time, the connections are fleeting because they aren’t real.

For example, I once took a photo of a girl on the train. She was looking at me as she held her boyfriend’s hand. He was on the phone and not paying attention to her. She looked at me for a long time after I took the photo. I always make it a point to make eye contact with people after I take their photo. Somehow, I feel during that moment that they know I am not taking the photo nefariously. Personally, I hate when street photographers talk about not making eye contact with their subjects since I take photos expressly to do so. That girl nodded at me as she left the train. She understood me without me having to explain. I understood her as well.

I will say, my favorite photographers are contemporary photographers who are also my friends. Sean Lotman and Junku Nishimura are the two whose work I love the most: they are very different, but I consistently get lost in their photos. I even have a tattoo of a Junku Nishimura photo on my arm. All of three of us are part of a group of street photographers called “wearethestreet” (we share an Instagram feed—check it out!).

LC: To finish off, a classic: what is one tip that you would give to aspiring street photographers?

JTW: Don’t be afraid of people. The more honest you are, the more likely people are to be okay with you taking their photo. I never hide when I’m taking photos and I don’t think people need to. I always feel embarrassed when I’m taking photos with friends who do so sneakily. Try to be open and honest with people and you’ll be surprised how far you can get.

I would give up every photo I ever took to have taken one photo of my father before he died…so, don’t wait.