Interview
How to Approach a Gallery: Advice from the Director of Von Lintel
Edward Burtynsky, Klea McKenna, and Joni Sternbach are a few of the artists represented by Von Lintel—here, director Kaycee Olsen offers her insights on the delicate process of approaching a gallery.

How to Approach a Gallery: Advice from the Director of Von Lintel
Edward Burtynsky, Klea McKenna, and Joni Sternbach are a few of the artists represented by Von Lintel—here, director Kaycee Olsen offers her insights on the delicate process of approaching a gallery. 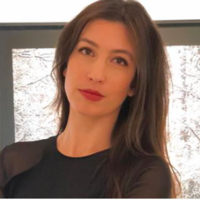 As the director of Von Lintel Gallery in Los Angeles, Kaycee Olsen designs exhibitions, coordinates museum acquisitions, and represents a myriad of photographers—Joni Sternbach, Klea McKenna, and Mark Seliger—who are each known for their unique approach to the medium of photography.

Before she accepted the director role at Von Lintel, Olsen was the director of Kopeikin Gallery and ran her own gallery, Kaycee Olsen Gallery, also in Los Angeles. This extensive experience in the gallery world makes her a sought-after portfolio reviewer and jury member for awards and competitions around the world.

In this conversation for LensCulture, Olsen speaks with Coralie Kraft about fostering a relationship with a gallery, how to tell if your work will appeal to the gallery team, and the most important question to ask yourself when considering an offer for representation.

LensCulture: To start, I know that you ran your own gallery for a while—Kaycee Olsen Gallery—before you became Director at Von Lintel. Can you give me an overview of how you ended up where you are?

Kaycee Olsen: I have two bachelors degrees: in liberal arts and art history. To be honest, art history was just something that I was interested in; I had no idea that it could become a career. It was only when I started meeting curators and gallery directors that I realized one can make a living this way. As soon as I graduated from USC, I got a job as an assistant at Kopeikin Gallery, a photo gallery in Los Angeles. After a while, I moved up to Director and worked with the owner for three years before going off to graduate school, where I then studied the history of photography. After that, I started my own space and became fully invested in the gallery world.

LC: I saw that your first show at Kaycee Olsen was an exhibition of Jeff Sheng’s project “Don’t Ask, Don’t Tell.” I’m curious—why did you decide to open with that show? Were you hoping that it would communicate something about the focus of your gallery, your mission…?

KO: Well, it was partly serendipitous timing. When I was preparing to start my gallery, another dealer in New York said, “Hey, I know this guy in L.A., you should do a studio visit with him.” I went to Jeff’s space and was immediately drawn to these photographs of people in military dress who were blocking their faces. They were unusual portraits. He told me, “They’re members of the armed forces who are serving under ‘Don’t Ask, Don’t Tell,’ so I have to make my portraits in a way that won’t reveal their identities.” I found them interesting and told him to keep in touch.

At the time, Obama was going to repeal Don’t Ask, Don’t Tell, so it was a very timely subject to focus on. Usually, gallery shows can’t be so topical because the calendar is planned far in advance. But since the gallery was so new, I could slot the show in right away (we even put a book together before the gallery had opened!). The whole project ended up getting a lot of traction: some news stations wanted to interview the subjects, taking it beyond the gallery space. It was a beautiful project and collaboration, one that allowed the individuals to speak their mind.

LC: That’s a real argument for keeping a close eye on the contemporary moment and taking stock of what’s going on around you.

KO: Yes. In this case, it was very much a documentary-style project, but I felt that it straddled the line with fine art. And ultimately, it ended up striking a chord with many people, in many formats.

LC: What do you enjoy about running a gallery? What do you find rewarding about the position?

KO: I enjoy having a relationship with the artist and working on shows alongside them. It’s an incredible feeling when you work together to decide on the direction of an exhibition. Such shows are very much the byproduct of that relationship.

Also, as a gallerist, you form very close relationships with your collectors. Sometimes, the collectors even end up fostering the artists directly; they’ll be supportive about buying work from new shows to donate to museums or to help raise money to publish books. The life-cycle of an artist and an artwork is very interesting to me, so I truly enjoy that aspect of the job.

KO: I think the most important thing to consider when you’re looking for representation is whether it’s someone you want to be in a long-term (if not lifelong) relationship with. If it’s just one show, that’s a different story, and you can make that clear in the initial meetings: “I’d love to do a show with you, and then let’s see what happens.” But in general, it isn’t a good idea to bounce around between dealers. That doesn’t get you anywhere.

You want someone that you trust and who can be honest with you. Someone who will give you the time of day and help you get to the next step in your career. Many dealers are just focused on sales; at Von Lintel we’re focused on long-term careers: getting people into museum collections and pricing the work so we can do that.

Finally, be sure to ask around when you’re thinking about committing to a dealer or a gallery. It’s unfortunate, but there are dealers with reputations for treating people badly. It all comes back to that same piece of advice: when you’re looking at a gallery, ask yourself, “Is this someone I want to be in a long-term relationship with?”

LC: So if a photographer does feel ready to start a relationship with a gallery, how should they go about it?

KO: Here are my tips: first of all, you should go to the shows. It sounds simple but it helps a lot if the people working there recognize you. We often receive cold calls or unsolicited submissions, and you can tell that these artists have never looked at our program because they’re not a good fit at all. This is not a comment on the value of their work—but it’s essential to know your audience and who you’re showing your work to.

Ultimately, the number one thing is that your photography should be a good fit for the gallery’s program. You should be able to say, “Yes, this makes sense in relation to their other artists.”

LC: How do you tell if it makes sense?

KO: For Von Lintel, if you look at our program, you’ll see that almost every photographer we represent has an experimental process (with the exception of Edward Burtynsky). That’s what we like. All of our artists push the medium in new directions—even Joni Sternbach, who uses a vintage process of wet-plate collodion, is taking an old format and making it new again. Klea McKenna is another great example. She’s a camera-less photographer who is making photograms in all sorts of ways.

Another piece of advice is to make sure that your outreach is personal. If you can’t make it to the gallery, make sure that you’re addressing the email to the Director, and make sure you know what you’re talking about. For example, “I love Klea’s work. This is my (experimental) process—I’d love to share it with you!” How you approach a gallery is a very delicate process. It can make or break your relationship.

I have relationships with a lot of artists now who I met at portfolio reviews—I gave them feedback and then kept the door open to continue the conversation. None of them have (yet) become people that we’d add to the program, but if I met someone who ran a gallery where they would be a good fit, I wouldn’t hesitate to recommend the artist to that gallery. In short: the more eyes you have on your work, the better.

LC: Does Von Lintel have a system for appraising proposals from hopeful photographers? How does that process work?

KO: It’s very organic. Sometimes I go to studio visits and I like the work enough to share with Tarrah [the owner of Von Lintel]. A lot of the time I receive recommendations from our own artists. That’s what I like best, honestly. I’m always asking them, “Who are you into these days? What’s new?” When Tarrah and I agree that we want to work with someone, we both sign off on it.

LC: Once you’re representing someone, how do you decide which series or which pieces are “saleable” or a good fit for the gallery?

KO: Usually, we carry the artist’s most recent work. That’s generally the case for shows as well. If we see something recent that we like, we’ll say “We’d like to do a show of that work,” and give them a parameter of when we think the show will be. Then, they continue to work on the series and we move things forward in the gallery. Sometimes we see them going in another direction, and that’s fine, but if we’ve already agreed on a show, we will often say directly, “Hey, this is great, but for the show I’d like to see something more in the direction we discussed before.”

We’re not afraid to make suggestions. We never like to give anyone firm directions. But everyone likes to know what is going to sell, and if we have an idea about that, we’ll definitely vocalize it.

LC: And some collectors will also donate to museums, right?

KO: Yes. We’re very fortunate that we have some good relationships with collectors in town, and we know that everything they buy will eventually end up at the Getty or at LACMA. And we have a great relationship with the curators at those institutions. They’re thrilled to receive the work. Sometimes a collector will even say, “Tell the curator to come and pick whatever piece they want for the museum collection.” That’s a best-case scenario!

LC: You were previously on the jury for our Portrait Awards, and some of the photographers that you represent are famous for their portraiture. I’m curious to know whether you find that portraiture attracts a particular type of buyer or collector, as opposed to more abstract work (like Klea McKenna’s, for example)?

KO: I have found that buyers often have a personal connection to the subject matter that they collect. For collectors of Joni Sternbach, for example, maybe they’re enamored of surf culture or California. With Klea, her process might be appealing. Or maybe it’s a response to a social cause that the buyer wants to support. In the end, there is something (or someone) in the photograph that strikes a chord with them—it comes down to a gut feeling.

It is important to note that many of these purchases are not made with the thought, “This will go over my couch.” It’s more visceral than that. And of all the kinds of work we sell, portraits often end up being the pieces that collectors respond most strongly to.