Feature
Vanishing Existence
Deep in the farthest corners of rural China, we find a fast fading population of ex-lepers—their story is told through a magnificent, almost one-of-a-kind art object which is well worth discovering on its own.

Photographs and text by Kosuke Okahara

Vanishing Existence
Deep in the farthest corners of rural China, we find a fast fading population of ex-lepers—their story is told through a magnificent, almost one-of-a-kind art object which is well worth discovering on its own.

There was a time when the world considered leprosy to be a serious health issue. It was regarded with great fear and suspicion by the rest of society and lepers were separated from the population. Today, lepers are treated more humanely, but still with a strong mark of social stigma. Even though a highly effective cure has been discovered, ex-lepers are held at arm’s length. At least these ex-leprosy victims are mostly allowed to live in peace, but often at great distance from “normal” communities.

Right now, there are over 600 ex-leprosy colonies in the southern provinces of China. I traveled to visit some of these locations and see them for myself. Getting there was not easy: one village required that I hike over several mountains; another was in the middle of some coal-mines; a third village I could only reach by boat. In short, these villages were located in places that were almost impossible to know or reach. It surprised me that life somehow managed to continue over several decades, despite their extremely remote locations.

For me, it was a challenge taking pictures of them. No matter what people say, photography shows what is in front of a camera. These ex-patients are discriminated against mainly because of their appearance—especially since their cured disease is scientifically known to be non-contagious. But as I worked, I realized my goal was not to show the disease—but the fact that they exist, still, despite their being left behind the course of history.

In one village in particular, there were eleven ex-patients who had been forced to live on the other side of the river. When I arrived, I was told that this was the first time they had ever been visited by foreigners. When our visit was reaching its end, they came to say goodbye.

When I looked back at the village from our small, unsteady rowboat, I saw old houses almost to the point of ruin. I’m sure there were people living there. Despite being excluded from society and discriminated against, they acted very openly towards strangers like us. The barrier that divided them from society was something larger than the width of the river.

I crossed the river to witness the final days of the afflicted and it felt strange to know that the villagers had not crossed it for decades. I wondered, “Does the end of leprosy mean that the human race has achieved an important medical milestone?” Or maybe it simply means the beginning of a history wiped clean of negativity. After all, people believe that in the near future, leprosy will be almost extinct. When that happens, will we forget the centuries of neglect, mistrust and maltreatment? A slate wiped clean, as if nothing had ever happened…

Editors’ Note: This project was first turned into a standard-sized photo book back in 2013. But over time, Okahara felt moved to make a book that truly corresponded with the specificities of the story and the experience had in shooting the work. Since he was working on leprosy in China—one of the oldest diseases in one of the oldest countries—he went in search of ancient Chinese books for inspiration.

Eventually, he found a hand-made Japanese paper that he felt could express the feelings he was hoping to convey. From there, he began to look past the history of the book into the scroll. The resulting scroll-book—over 10 meters long—is opened up little by little, creating a sense of journey with the audience.

Finally, Okahara decided to push the work one step further. He wanted to discovered if (or how) “size matters” to the sensory experience of the audience. He decided to create an even bigger book, one that could more effectively communicate the exact circumstances he was in when making the work.

The resulting book contains images ranging from 60x40 cm all the way up to 130x90 cm—bigger than many exhibition prints! Okahara believes this object allows readers to feel as if they have been plunged into the story. Perhaps this book is too big, or perhaps it is a truly immersive, mobile exhibition experience…regardless, it is an impressive and beautiful achievement in its own right. There are only three copies of the book, so if you are interested in owning this singular art object, don’t delay. 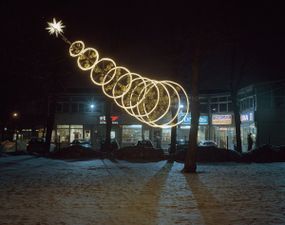 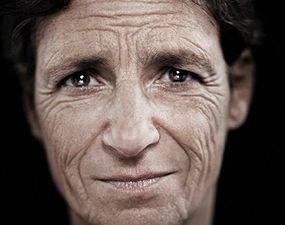 The Fasting Women Against the Mafia
Francesco Francaviglia
1992 was a year of carnage in Palermo: but while the community was stunned by grief and rage, a group of women stood up and did something about it — 22 years later, this book offers the portraits and stories of these brave women, a group who dared... Traveling with Mind, Body and Eye
Ekin Küçük
The real voyage of discovery consists not in seeking new landscapes, but in having new eyes—one woman’s inspiring travels across Turkey, Venice and Paris. 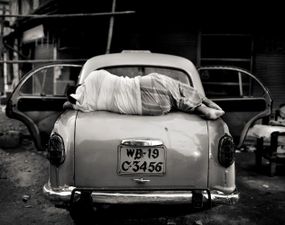 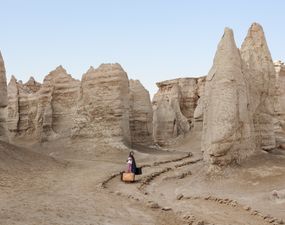 The Stateless, Placeless Desert
Gohar Dashti
Shot in placeless, deserted landscapes, these images examine the timeless relationship between body and home in contemporary Iranian society as well as for the swelling number of refugees around the world. 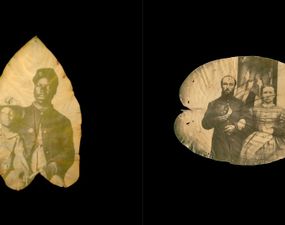