Interview
Building a Deeper Narrative: Photography at La Repubblica
We spoke to the photo editor of one of Italy’s largest newspapers about commissioning for a daily paper, sourcing local talent, and looking for work that will excite the next generation of readers and viewers.

Building a Deeper Narrative: Photography at La Repubblica
We spoke to the photo editor of one of Italy’s largest newspapers about commissioning for a daily paper, sourcing local talent, and looking for work that will excite the next generation of readers and viewers. 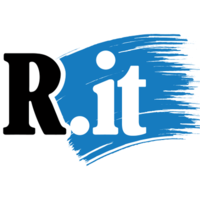 Giulia Ticozzi is the photo editor for La Repubblica, Italy’s second-largest daily newspaper. With a daily readership of over three million readers and nine different editions spread across the country, La Repubblica is a major source of news for many Italians at home and abroad.

As the newspaper’s first dedicated photo editor, Ticozzi works with photographers from all over the world to illustrate and enrich the paper’s international news coverage; her fresh approach has led to a series of compelling projects that offer new perspective on current events. One example was the newspaper’s documentation of the devastating earthquake that hit Italy’s central region in 2016: with Ticozzi’s guidance, La Repubblica commissioned a photography collective (TerraProject) to follow the aftermath for one year. The result is a sprawling and devastating report on the persistent impact of a natural disaster.

Giulia Ticozzi was a jury member for our Street Photography Awards 2018, but she’s better known as the photo editor for La Repubblica, Italy’s second-largest daily newspaper. Her years of experience as a photo editor (and her background as a practitioner) offered valuable expertise and perspective to our esteemed jury. To learn more about the challenges of working at a daily newspaper, LensCulture reached out to Ticozzi for a chat about commissioning for a paper, the magazine’s relationship to freelancers, and more.

LensCulture: To start, Giulia, can you tell us about the photo editing and commissioning process at La Repubblica?

Giulia Ticozzi: Well, I am the photo editing team here! This is the second-largest daily newspaper in Italy, but in Italy it isn’t normal to have a photo editor for a daily press. Usually you’ll find photo editors in weekly publications or monthly issues. The only newspaper with a photo editor is La Stampa (I was with La Stampa before I started at La Repubblica). So I’m actually the newspaper’s first photo editor!

La Repubblica has an efficient photo office that manages contracts and researches copyright problems. On the editorial front, I work with art directors (the wonderful Angelo Rinaldi and Francesco Franchi), but without a photo-specific team. That’s an important goal for the future!

LC: How is it that large dailies in Italy work without a photo editor? The New York Times has an entire department…

GT: In a way, my job was easier—I started from zero, so I could build a structure that worked for me. To be clear: I don’t choose all of the photographs for the entire newspaper, that would be impossible. On a day-to-day basis, I usually work on the front page and some kind of special report within.

LC: How does La Repubblica find photography for the newspaper? Do you have any internal staff photographers?

It’s useful to have local photographers on staff because I can often ask them to propose stories. They’re there, they’re nearby, and they’re seeing everything that’s going on. That’s an important perspective, from a visual point of view!

LC: Do you commission work for the paper?

GT: Yes, but not a lot, due to financial constraints. As a daily newspaper, we need to work with photographers who have a very quick turnaround time. I usually commission more in-depth stories for local issues. For something happening in Syria, I generally use wire agencies like Getty. Sometimes freelancers send me pictures a day after I need them and they ask, “Why don’t you use a freelancer?” But really, it’s a timing problem—as well as a problem of security. Even if your picture is perfect, I needed it yesterday, and I can find photographs very easily through the wire. Not to mention, it can be difficult for freelancers to get insurance for dangerous areas.

LC: So as a result, how often do you source freelancers?

GT: It’s half and half. We produce different printed material alongside the daily newspaper. For example, we publish a food issue for La Repubblica, and most of the time I assign a freelancer to create something for the front page. It’s a special request—I need this chef making this particular dish, and I want the photo to be done with the same artistry. In that case, I like to ask a freelancer.

For example, we worked with a freelance photographer named Gabriele Micalizzi on the protests in Gaza. I assigned him after he initially sent me “traditional” news pictures of someone reacting to tear gas. If I go to Reuters or Getty, there are many good pictures like this. But I stopped him and said, “I like your work, but we need to find something different.” We decided to look for an angle that would give more background history on the protestors. As I read more about the story, an idea came: “You see people throwing stones on the battlefield? Ok, where are they getting the stones from? What are they eating during the battle? How do they get to the hospital?” I’m interested in building a deeper narrative.

Overall, it’s really important for photographers (and photo editors) to understand that photography can be art, it can be intellectual, but it absolutely has a commercial side. For example, when you’re just going to the corner grocery store, you might wear something casual, like H&M. In that case, you’re making a choice. Similarly, if I use a picture from Getty, I’m making a choice designated by the situation, the time pressures, the context and so on.

But when it comes to local projects, I like to work with freelancers. I am always asking Italian photographers to send me local stories, overlooked subjects that are closer at hand. There are so many photographers working on projects abroad—in Bangladesh, the Gaza Strip, the latest hotspot. That work is very important. But it’s important, too, to have excellent coverage of what’s happening closer to home.

LC: I know you’ve worked as a photographer, but I’m curious how you became interested in working with photography on the editor side. Can you name a couple of turning points in your professional life?

GT: I actually have a PhD in Geography, but I was always interested in photography, so I did a Masters in Photography at a school in Milano (CFP Riccaro Bauer). I studied there for three years. After that, I started working as an assistant to Francesco Jodice, a fine art photographer, and while I was in his studio I made some work on my own, too. It was something like “participatory documentary” work. I asked people to bring their pictures to me, and we made a public installation in a museum.

After that, I knew I wanted to work more with photography, so I started a job at Il Post, an Italian digital platform with some news. From there, I ended up at La Stampa, and then when the director of La Stampa went to Rome to become the director of La Repubblica, he brought me with him.

LC: Working for a daily, what is it like to start over every single day? Is it frustrating? Encouraging?

GT: Yes, every day is a new day. It can be frustrating, in a way, but on the other hand it’s also rejuvenating. You can start fresh if you aren’t happy with something that you’ve been working on. Still, when you really love a project, it’s hard to see it fade away…

LC: You’ve mentioned in the past that the new redesign of La Repubblica has made photography and visuals even more important for the magazine. It seems like readers are always looking for visual stimulation in relation to the news. How does that affect the way you think about the visuals in the magazine? How does it affect your commissions?

GT: For me, the photographs will always be equally important to the writing. But it’s true, people are more and more interested in visuals. It seems people are less interested in reading multiple pages full of text with analysis—they might rather read one full page along with a big, beautiful picture that can articulate something additional about the situation.

All of which makes me more determined to utilize the full abilities of photography. For example, in 2016, when there was a huge earthquake in central Italy, the director asked me to have a very famous Italian photographer take photos of the situation. Normally, I’d commission one series. Instead, I thought about it and ultimately proposed to take that same money and assign a year-long, long-form project to a photography collective, TerraProject photographers. That way we could actually track—using photography—the changes in the lives of the people who were affected by the earthquake.

LC: What kinds of stories did they end up following? I would imagine you looked for work that offered a different perspective.

The school was interesting. During the earthquake, the school collapsed—fortunately it was nighttime, so no one was hurt. What I learned through that project is that the school in a community cannot collapse. In a lot of ways, the school has to be the safest place in the community for people, especially children, to gather.

LC: Overall, what did you find by using this different format?

GT: In the end, for me, the series was a victory, because when we were sitting in the final meeting here at La Repubblica, we looked at the work and realized that for most of these people, even though it’s been a full year, nothing has changed. These people are in the same situation. And it was powerful to look at the work and recognize that so clearly. For me, it really felt like that kind of documentation was the right way to go about it.

You looked at the photograph and saw other changes, like seasonal changes—snow and all that. Christmas, the beginning of school. But as a journalist, as documentarians, I felt that we really registered something with this work.

LC: It sounds like a very sensitive and considered approach to a complex subject.

GT: We were very happy with the result. It was very hard to make in the end, and ultimately—because I work only for the printed version of La Repubblica, not online—we left so many fantastic images unpublished. In the end, we created an online version of the earthquake project, and we also made an exhibition. I was very happy to find a way to use the same money to make a long-form story. It was a better approach, I thought—more contemporary, in a way. I hope that it attracted some new readers.

People in their late twenties, young people—they don’t buy newspapers from the kiosk anymore. That’s part of what drives me to find new ways to tell stories—I want to create work that the next generation of readers and viewers will be excited to see.

Editor’s Note: Editors’ note: To coincide with our Visual Storytelling Awards, the LensCulture editors are sharing interviews from our archives that offer insight, advice and tips to photographers who wish to find, make and share remarkable visual stories. Submit your work now to have it seen by our international panel of jurors and for a chance to exhibit your work at Aperture Gallery in New York.