Feature
To See the World in a Grain of Rice
There is a sacred grain eaten by more than 3.5 billion people around the globe—rice. But fast-approaching environmental catastrophes pose a grave threat to its cultivation and thus to food security for millions worldwide.

To See the World in a Grain of Rice
There is a sacred grain eaten by more than 3.5 billion people around the globe—rice. But fast-approaching environmental catastrophes pose a grave threat to its cultivation and thus to food security for millions worldwide.

“From the Himalayas—which bring water to a billion people—to the coastal areas of Bangladesh, South Asian countries must prepare for the effects of global warming, even as they work to combat the human causes of climate change.”

The future is here.

According to a climate model study released in March 2016, climate change is predicted to result in 500,000 deaths due to starvation and disease worldwide by 2050. Despite the awareness brought by this study, produced by Oxford University researchers and published by a well-known British medical journal, The Lancet, the damage is already done.

Southeast Asia—Myanmar, in particular—is especially vulnerable. As an agricultural region, these countries are highly dependent upon a single food source, the sacred grain eaten by more than 3.5 billion people around the globe—rice. The Oxford study estimates that climate change brought on by global warming could severely impact food production in Myanmar, a country precariously stranded between two of the world’s largest polluters: China and India.

Italian photographer, explorer and conservationist Luca Bracali has traveled to more than 138 countries during his 30-year career as a professional photographer. As much as he loves documenting pristine natural environments, it is the rich culture and people of Southeast Asia—and their plight—that has captured his attention recently.

From Laos to Vietnam, Bracali has documented the region’s ethnic cultures, for whom food is a utterly intertwined with spirituality Southeast Asia has hundreds of distinct ethnic groups (138 in Myanmar and 54 in Vietnam), and food cultivation and preparation are a powerful and binding force. In fact, an ancient and common greeting that can still be heard in Myanmar is “Sar pi pi lar?” or “Have you eaten?”

“Vietnam is one of the leading exporters of rice, a food upon which half of the world’s population depends as a primary source of nutrition,” Bracali said. “In fact, ‘Rice is Life’ is a slogan developed by the Food and Agriculture Association (FAO) of the United Nations several years ago.”

According to the FAO, “Rice cultivation is the principal activity and source of income for about 100 million households in Asia and Africa.” And in areas like North Vietnam, Bracali said, “ethnic groups are the last remaining workforce in the rice fields.”

Myanmar is already struggling against a measurable rise in sea levels, and farmers are still struggling to recover from 2015’s devastating floods. Prior to that, Cyclone Nargis hit Myanmar in 2008. The worst storm ever recorded in Myanmar, Nargis caused at least 138,000 official deaths and $10 billion in damage. 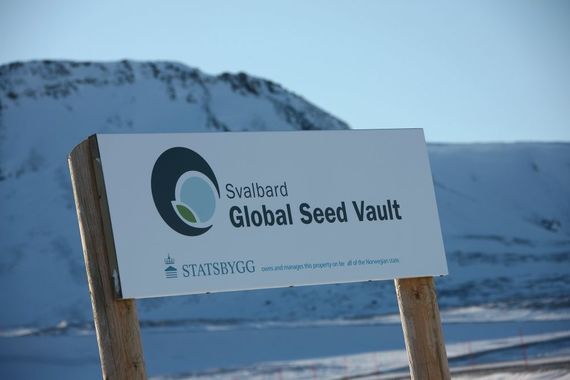 Rice and corn are two of several important crop seeds now being stored at the Svalbard Global Seed Vault, located deep within the permafrost between Norway and the North Pole. Bracali was one of the first photojournalists allowed to document the facility, also known as the “doomsday seed bank.” The vault currently stores more than 860,000 varieties of global seeds, with the capacity to store 4.5 million samples, according to Crop Trust, the organization based in Germany that oversees the project.

Bracali said he uses his lens to give a voice to people engaged in a real struggle for survival. Through documentation and education, he hopes to illustrate the looming environmental and socio-economic challenges while inspiring action. He hopes that our planet and its people will prevail, and that ancient greetings such as, “Have you eaten?” will never go silent.

Learn more about Gina Williams on her personal website or her blog, Accents & Apertures.

If you enjoyed this article, you may also like one of these previous features: villagers in Myanmar alongside the solar panels that changed their lives in Solar Portraits; Oil Rush: Black Gold in Myanmar, a series on citizens who have abandoned agriculture in favor of oil prospecting; and Holly Lynton’s Pioneer Valley, an intimate celebration of the spiritual world of farming.