Daughters
Two young Norwegian sisters appear to be creatures of Scandinavian folklore in this series of photos made over several years by their mother, Margaret M. de Lange. Dark and moody, sometimes care-free, sometimes menacing or dreamlike, these photos represent memories, fantasies, and realites of Norwegian childhood during the brief but sweet summer months.
In her series entitled "Daughters", Margaret M. de Lange presents black-and-white photographs taken of her two daughters during the summers of their childhood. Though the project began in 1993 and continued through 2002, it wasn’t until both daughters were old enough to grant their permission that de Lange took the step of exhibiting the work.

The images depict the two girls enjoying their summers out of doors, barefoot and often bare-bodied, in a dark and grainy, high-contrast style. In the photographs, the children seem to be a part of the nature around them, with dirt and grass clinging to knees and feet, with hoods of animal skin; they become like the creatures of Scandinavian folklore that, as de Lange explains, “were said to appear at twilight, and were always beautiful, but often evil as well.”

And so we view the daughters, captured as they linger in a hazy half-darkness, in that time between day and night and an age between child and adult, exploring, discovering, and experiencing all of those little adventures which amount to growing up. These “creatures” exhibit their initiated ways through various little clues: dead birds hanging from string, bold stares from beneath furry capes. All together, the effect is unabashedly dark and earthy, yet calm and elegantly matter-of-fact.

As for the daughters, the photographs represent a precious conservation of memory. “She has preserved random pieces of our childhood, and we treasure those moments,” says Jannicke de Lange, speaking for herself and her younger sister, Catherine. 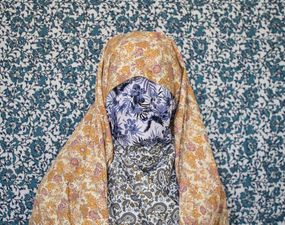 2015 LensCulture Exposure Awards: Single Image Winners & Finalists
Diverse, varied and inspirational, these award-winning single images tell stories from Ukraine to the Balkans, the northernmost settlement in the world to the mystery of twins…See all the work and learn more about how these stunning single...

Exposure Awards Juror Profiles and Advice, Part II
LensCulture Editors
Insights into the personal and professional opinions of four of the jurors who will help decide this year’s LensCulture Exposure Award winners and finalists — words of wisdom and advice that are useful to any serious photographer! 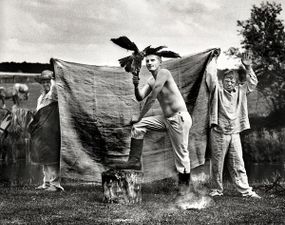 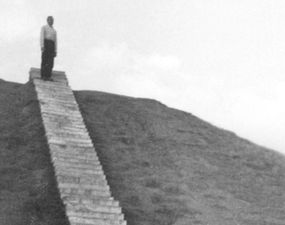 Sans Titre: Suspense
Agnes Geoffray
“With suspension everything remains possible, nothing is definite.” Explore this conceptual series of found photographs which plays with the rich, fertile idea of suspense. 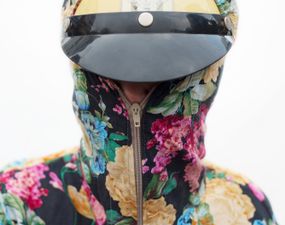 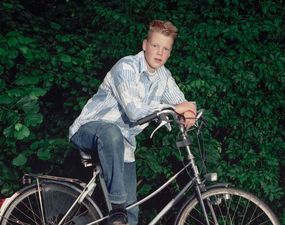 The Eastern Wood
Margaret Mitchell
How much does place shape our paths in life? Margaret Mitchell’s quiet portraits of children and teens in the Dutch countryside explore what it’s like to grow up in a small, contained environment.