Interview
Getting Some Perspective: Views of Africa
Photojournalist Matilde Gattoni looks back on her career and her work in Africa: “It’s one thing to read an article—it’s another to see an image of a countryside devastated by deforestation. The emotional impact is so much greater. In my mind, that’s the power of...
Interview with Matilde Gattoni
View Images

Getting Some Perspective: Views of Africa
Photojournalist Matilde Gattoni looks back on her career and her work in Africa: &#8220;It&#8217;s one thing to read an article—it&#8217;s another to see an image of a countryside devastated by deforestation. The emotional impact is so much greater. In my mind, that&#8217;s the power of photography.&#8221; 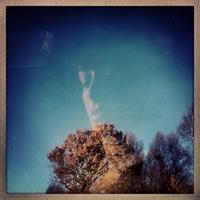 Matilde Gattoni is an award-winning French-Italian photographer based in Milan who covers social, environmental and human rights issues all around the world.

Since the start of her career in 2000, she has worked extensively in Europe, the Middle East, South and Central Asia and Africa; she has covered topics such as droughts, refugee emergencies, illegal mining, mass migrations, large scale land grabbing and climate change for more than one hundred newspapers and magazines worldwide.

Below, she is interviewed by French photo editor and critic Jeanne Mercier about her career and her perspective on photography after over a decade in the field. 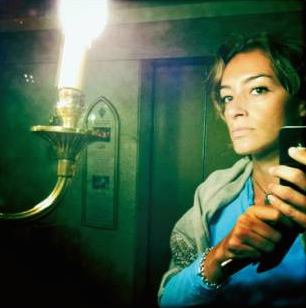 JM: How did you become a photographer?

MG: I went to Morocco when I was 19 carrying an old camera that belonged to my father. I fell in love with the camera and with the adventures it allowed me to experience. Later, in 2000, I was in Hebron at the beginning of the Second Intifada—that was a good opportunity to really start my career.

JM: Your first work in Africa was about Eritrea. How did you end up there in the first place?

MG: I went to Eritrea in 2003 because UNICEF was trying to produce a report about the consequences of war on a very remote country. It was a special journey for me because my father was born there and my grandfather lived there for 20 years. I grew up with images of Eritrea, so it felt like returning to my roots.

JM: After that, you lived for eight years between Dubai and Beirut. Can you say more about why you chose to move?

MG: At that point, I was represented by arabianEye, an agency created by a young English woman named Celia Peterson. I was covering the Middle East for international daily newspapers and magazines such as the Financial Times, TIME, Newsweek, and Der Spiegel. I was also lucky enough to be commissioned for a lot of corporate work; this allowed me to work with a variety of clients who had very different expectations.

Working in such different contexts—from Eritrea to the Middle East—made me realize how Europe has a tendency to confine you to a specific category as a photographer. Abroad, or perhaps outside your familiar context, you feel much greater freedom to explore different paths.

JM: You’ve frequently returned to Africa to produce work—for example, you just completed a project in Western Africa. Can you tell us more about that project?

MG: I just spent five weeks in Western Africa (Ghana, Togo, and Benin) covering the effects of climate change there. Coastal erosion is beginning to swallow the countries on the western coast—this changing landscape will have long-lasting and absolutely devastating consequences.

JM: In your opinion, how are photography and writing related? You co-founded Tandem Reportages with journalist Matteo Fagotto to tackle this question.

MG: This is an essential relationship within photojournalism. The first doesn’t exist without the latter, especially in the context of reportage.

Matteo and I have been working as a team for three years. This allows us to talk about topics that are very important to us. Tandem was our answer to the crisis the press has been experiencing for many years. Commissioned projects are very rare, and when they do exist, they are brief—only a few days. That isn’t enough time to cover a topic in any detail.

Tandem does exactly the opposite: we don’t cover the news. Instead, we go to very remote areas of the world and try to create a link between those isolated zones and the West. We want to exist outside the demands of the ever-changing news cycle.

JM: During your assignments, you often post images on Instagram. Are they part of your documentary work, or are they just random shots? How do you fit them into your “serious” practice?

MG: They definitely serve both purposes! When I’m reporting, I post daily images of what’s around me. Sometimes the images are part of the project I’m working on, sometimes they are just candid moments. On the other hand, when I don’t travel, I post archival images with full captions as a way to catch up on my work.

I really enjoy Instagram because I love having direct contact with the public. I love it when they ask me questions about an image I’ve posted, especially questions I haven’t considered. It’s heartening to see that people are interested in the world and what’s going on in it. Even though I no longer cover “news,” people still care about the stories I’m telling.

JM: You are a member of Everyday Climate Change on Instagram—can you tell us more about that group?

MG: Everyday Climate Change is a group of photographers based on five continents. We aim to illustrate the effects of climate change. Our goal is to make people realize that climate change is real and that it affects the whole world and not only Third World countries. It’s one thing to read an article or a scientific report—it’s another to see an image of a countryside devastated by deforestation. The emotional impact of the second is so much greater. In my mind, that’s the power of photography.

Generally speaking, I would rather publish my work in magazines because they give more people access to the stories that are a part of the project. That said, it’s always personally satisfying to see your work on the walls of a gallery. Exhibitions give me the chance to assess my situation: I have to stop running around and put things in perspective. I get to look at my work and say, “OK, this is where I am now. Where am I going next?”

Jeanne Mercier is a critic and photo editor based in Europe and Africa. She is the co-founder and editor of the platform Afrique in visu.

Editors’ Note: Until January 16, the exhibition ”On the Front Line: Women Photojournalists in War Zones” will be showing at the Palazzo Madama in Rome. This exhibition will feature work from 14 female photojournalists from all over the world.

Sunrise over the Draa Valley, Morocco. © Matilde Gattoni
Dadaab, Kenya. Students at Towfiq secondary school in the Ifo refugee camp. © Matilde Gattoni
Dadaab, Kenya. Somali refugees carry dead wood back to their homes. They will use it for fires and for building fences around their tents. © Matilde Gattoni
Portrait of a Malagasy girl. © Matilde Gattoni
Fuveme, Ghana. A schoolgirl runs for cover as ocean waves flood her village. © Matilde Gattoni
Agbavi, Togo. Komlan Setor (the man), 27 and Adjo Setor (the woman), 25, sit in their house on the coastline of Agbavi. Due to the depletion of fish, Komlan is struggling to feed his family and is now forced to work part-time as a tailor. With their house on the shoreline, Komlan predicts his family will be forced to move in 6 months time. © Matilde Gattoni
Debub Region, Eritrea. It is estimated that every Eritrean family lost two or three family members to the war; this makes the current emergency situation even more painful for Eritreans worldwide. The male population has decreased dramatically. This affects the most fundamental socio-economic systems in the country. Among the refugee population, an overwhelming majority of families are headed by women. © Matilde Gattoni
Debub Region, Eritrea. Mother queuing for food distribution. As a result of years of war with Ethiopia (from 1961 to 1991) and the more recent conflict from 1998 to 2000, there are 50,000 Eritreans currently living in IDP [internally displaced person] camps throughout the country. These IDPs have fled three times in the last 10 years, each time because of renewed military conflicts. © Matilde Gattoni
Gash Barka, Eritrea. The Eritrean situation has been exacerbated by its unresolved border dispute with Ethiopia. This has resulted in economic stagnation, lack of food security and the population's increased susceptibility to various ailments including communicable diseases and malnutrition. © Matilde Gattoni
India and West Bengal. Tea pluckers at work at the Mogulkata Tea Estate in the Dooars region. The tea industry employs millions of workers across India. © Matilde Gattoni
Sunset over Yemen. © Matilde Gattoni 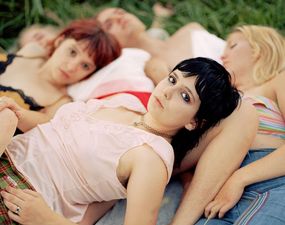 Infinite Tenderness
Peyton Fulford
Drawing on the author’s personal experience of growing up in a religious household in the American South, a series that creates an accepting space for America’s queer youth—while offering a visual diary of youth experience across the USA. 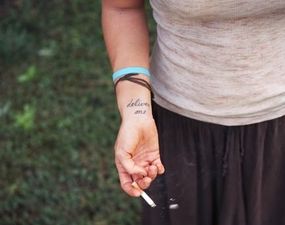 Deliver Me
Laura Noel
Laura Noel takes a look at smokers who have recently become outcasts in health-conscious politically-correct societies. 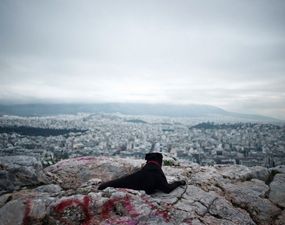 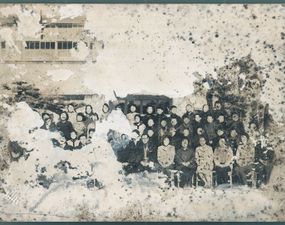 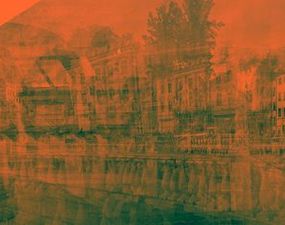 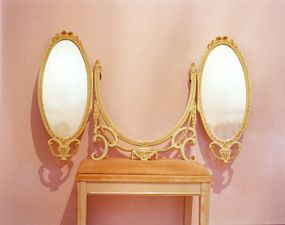 Caught Between Two Worlds
Dana Stirling
The backdrop of growing up between two cultures, two countries, two different realities informs this photographer’s passionate efforts to use her camera to find her identity and place in the world.