Book review
The Only Thing You Can’t Get Is Red Ink
By harnessing bright colors, harsh flash and the forgotten gestures in between poses, photographer Max Pinckers redefines our assumptions about everyday life in North Korea.

The Only Thing You Can’t Get Is Red Ink
By harnessing bright colors, harsh flash and the forgotten gestures in between poses, photographer Max Pinckers redefines our assumptions about everyday life in North Korea.

For the past six years, select photographers from all over the world have made work on the Democratic People’s Republic of Korea (DPRK), with a heavy focus on the country’s capital city Pyongyang. These images permeate the realms of both photojournalism and fine art at an increasing rate, providing outsiders with a glimpse into the lives of North Korean citizens who, for generations, have been systemically cut off from the rest of the world by a totalitarian dictatorship.

The images we see often reveal the same cold, cinematic scenes: expansive public squares designed to frame public ceremonies in a grand fashion, or North Koreans heading to work dressed in identical attire. Pyongyang is presented to us as cold and empty, perpetuating the narrative of eeriness that existed long before we laid eyes on this visual “proof.” These stark, barren scenes do make beautiful images—an understandable goal for photographers—but when images are shaped and sculpted by pre-existing expectations of the unknown, they often operate in service of stereotypes. In the context of North Korea, assumptions about everyday citizens are easily conflated with the harsh rulers that dominate them, and these assumptions are only aggravated by wider media cycles, especially when figureheads like United States President Donald Trump tweets statements like: “Military solutions are now fully in place, locked and loaded, should North Korea act unwisely. Hopefully Kim Jong Un will find another path!”

For photographer Max Pinckers, the peculiar space between fiction and reality, stereotypes and authenticity, is a persistent theme across his ever-growing body of work. This extends to his commissioned images, including a series of photographs he made in the DPRK with his assistant Victoria Gonzalez-Figueras alongside New Yorker journalist Evan Osnos over the course of a four-day trip in 2017. Pinckers isn’t particularly interested in separating fact from fiction, which is the stated purpose of many photojournalists and documentarians. Rather, he works to show how the two are necessarily intertwined, and that the pursuit of truth with a capital ‘T’ is a subjective act driven by personal interpretation.

In that sense, visualizing the DPRK with a camera is an optical playground for image-makers like Pinckers. Cut off from the millions of citizens pushing through autocratic ruling on a daily basis, most photographic representations of the DPRK reduce an entire country to a political standoff headed by the small percentage in power. The further away the unknown is, the easier it is to generalize. Photography can be a powerful tool for untangling or tightening these generalizations; it can either fall in line and strengthen them, through tropes and recognizable symbolism, or it can slowly work to knead them apart, laying the unexpected bare so that we restructure our subjective perception with fresh information, creating a new basis of knowledge.

This is by no means meant to undermine the reality of the matter. The DPRK’s nepotistic military dictatorship is dangerous, and Pinckers, Gonzalez-Figueras and Osnos were met with many peculiar bumps in the road: temporary detention and questioning at the airport for carrying books that were not “approved histories”; frequent interrogative conversations with politicians and assigned tour guides, who were curious about the legitimacy of Trump’s unhinged tweets; and constant supervision with a strict guided schedule (the three visitors also suspect they were subjected to secret surveillance in their own hotel rooms). But problems arise when we are critical of these patterns and routines without reflecting that same criticism back on our own everyday life and existence.

Visually, Pinckers reveals and conflates these complex layers through a number of aesthetic choices that are now synonymous with his personal style: intense flash that releases his subjects from the traditional documentary lighting that we are used to ‘trusting’, and curious framing that isolates gestures, glitches, and those moments just before and after what is conventionally interpreted as ‘the money shot’. He captures candid memories—side glances, exchanged grins and rogue shrugs surrounded by magnified decor—rather than posed stoicism and grand, all-encompassing informational scenes. And while his images of the DPRK were originally commissioned for The New Yorker, Pinckers has also brought them together with a handful of other images in Red Ink, a photobook released in late 2018. Published in an edition of 850, Red Ink’s plastic cover is light pink—a color that surprisingly crops up a lot throughout Pinckers’ images of Pyongyang, on people’s clothes, furniture textiles and matching decor. A ‘Kimjongilia’—a flower named after the late Kim Jong-il—appears on the cover, subtly alluding to the potential subject matter of the photographs contained within.

The book’s title references an old joke from the defunct German Democratic Republic, recounted in Slavoj Žižek’s Welcome to the Desert of the Real. Pinckers includes the excerpt, which outlines the tale of a German worker who is offered a job in Siberia, verbatim on the inner back cover: “Aware of how all mail will be read by the censors, he tells his friends: ‘Let’s establish a code: if a letter you get from me is written in ordinary blue ink, it’s true; if it’s written in red ink, it’s false.’ After a month, his friends get the first letter, written in blue ink: ‘Everything is wonderful here: the shops are full, food is abundant, apartments are large and properly heated, cinemas show films from the West, there are many beautiful girls ready for an affair—the only thing you can’t get is red ink.’”

Žižek’s story directly ties in with Pinckers’ pursuit of appearance and perception. Is freedom a matter of perception? How is it defined? How can it be visualized? Should it be visualized at all? How are we so sure that we have it—or that we don’t? The photographs in Red Ink, with their oversaturation and harsh flash, visually unbraid these concepts as Žižek’s words trail off in the back of our minds. This is Pinckers’ portrait of North Korea, but the images feel familiar, not too distant from our own reality. The work is approachable, armed with colors, patterns and textures that stray from the catastrophic light slate tones we are used to associating with Pyongyang’s urban architecture.

As Žižek explains, “One starts by agreeing that one has all the freedoms one wants—then one merely adds that the only thing missing is the ‘red ink’: we ‘feel free’ because we lack the very language to articulate our unfreedom. What this lack of red ink means is that, today, all the main terms we use to designate the present conflict—‘war on terrorism’, ‘democracy and freedom’, ‘human rights’, and so on—are false terms, mystifying our perception of the situation instead of allowing us to think it. In this precise sense, our ‘freedoms’ themselves serve to mask and sustain our deeper unfreedom.”

There are certainly dystopic elements in Pinckers’ images, like the enshrined chairs once graced by Kim Jong Il during public visits, now on permanent display behind glass. But these are sequenced with people smiling, socializing and learning in the classroom. And what’s clear from Osnos’ original article is that North Koreans spend just as much time puzzling over the hostile, stream-of-consciousness quips from Donald Trump as individuals outside their country spend wondering about their conditioned allegiance to a symbolic leader. Each scenario is bizarre in its own way, it’s just that the one that is further away, untouchable—foreign—is easier to deem less free. We are permitted to use language to speak about our situation, but can language override actions? Can it shape reality? It’s certainly valuable for identifying issues, but it doesn’t necessarily result in their upheaval. Freedom should never be conflated with familiarity. In fact, maybe freedom comes from uprooting this familiarity altogether, replacing it with a network of perspectives that go beyond language—a combination of words, visuals, feelings and all of our senses, into a dynamic infinite impression.

Flipping through the images in Red Ink provides an alternative visual manifestation of North Korea than the one suspended in our minds. For the book’s essay, Osnos drew on the trio’s experience to produce Pyongyang’s Anaconda in the Chandelier—a nod to Perry Link’s analysis of the constant anxiety of living under authoritarian rule. Before and after Osnos’ essay, we flip through the book’s glossy pages, moving from blue hues to pinks, reds and oranges to greens, all suspended in the textures of silky garments, moist food, rough textiles and bright labels. It’s a flip-book of sensory overloads, encapsulating so much potential for language and description, spotlighting the very people who are unable to share their words and perspective. Aptly, Osnos concludes, “A trip to North Korea is only that—an experience of the senses, of the surface, of minor moments. It’s a theatre of the mind. Ours was a glimpse of what it means to live in North Korea, to live beneath the anaconda in the chandelier: We wait for the day when North Koreans can begin to tell the story themselves.” Until then, we have Red Ink.

Editor’s Note: A selection of Pinckers’ images originally appeared alongside Evan Osnos’ article The Risk of Nuclear War with North Korea, published by The New Yorker in their September 18, 2017 issue. To see more of Pinckers’ work, visit his website here. You can also check out our previous interview with Pinckers about his series Margins of Excess here. 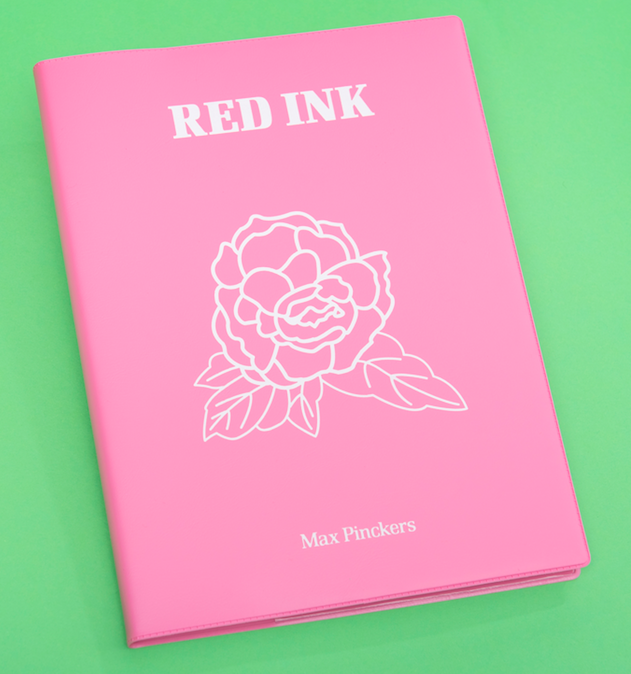