Book review
Between the Anvil and the Hammer: Confronting Culture
In Maxim Dondyuk’s new book, Ukraine’s 2013-2014 civil unrest is rendered as a conflict between shadows and light, snow and fire, two generations, and two layers of culture colliding on the territory of a single country.

Between the Anvil and the Hammer: Confronting Culture
In Maxim Dondyuk’s new book, Ukraine’s 2013-2014 civil unrest is rendered as a conflict between shadows and light, snow and fire, two generations, and two layers of culture colliding on the territory of a single country.

We live in an age of confrontation. It wraps itself around us like the plastic wrapping on supermarket food: usually unnecessary, leaving behind a mess and the problem of safe disposal without further harm to the environment.

Maxim Dondyuk knows this from first-hand experience, having lived through the conflict that erupted in his country, Ukraine, in 2013. Starting with mass protests against government moves to ally itself more with Russia than the EU, the conflict developed into a major political crisis.

Dondyuk’s photographs of the violent confrontations are extraordinary, transcending the political particularities that gave monstrous birth to what his camera records as a hellish phantasmagoria.

Just as the violence of World War II in eastern Europe possessed a barbarity and level of savagery surpassing what took place in the west of the continent, the confrontations in Ukraine are rendered, through the lens of Dondyuk, as a nightmarish inferno that dwarfs scenes of civil unrest witnessed in other European capitals. What we see is more evocative of the 1942-43 battle of Stalingrad than the 1968 street fights in Paris or the Poll Tax riots in British cities in 1990. The closest comparison would come from distilling the thirty-year conflict of Northern Ireland’s Troubles down to the scale of the three months that rocked Kyiv over the winter of 2013-14.

Features of civic clashes—barricades, fire, smoke, flags—are familiar enough but their presence in Dondyuk’s photobook are resonant of a stark, primitive discord that confronts the very notion of culture as something ennobling. On the streets of Kyiv, state authority and its foundations were contested; law became not an abstract force, but a material one, belonging to the side whose strength would endure and defeat its rivals. What would be decided was the power to decide; the end to be justified by the violence of the means. The present cannot be mortgaged when all that matters is whose force and determination prevails in the here and now of bloody confrontation.

Dondyuk notes Sebastião Salgado as an influence. It shows in his eye for multitudes, his sense of the epic and his depictions of collective endeavour. He is drawn to the massed lines of protestors and police, opposing armies in an urban battlefield; phalanxes of police with black helmets facing protestors in orange hard hats; swirling smoke and night skies lit by fire. With no sense of good guys and bad guys, left wing or right wing, East or West, there is something medieval about the crudity and rawness of the conflict. This accords with Dondyuk’s statement that what he tried to capture was the more “abstract, universal conflict that was playing out, between light and shadow, between the thick black smoke and whiteness of the February snow, and in some sense between good and evil, though it was often impossible to tell which side was which.”

Individuals stand stationary, emblems of the mayhem around them: a young man cowering in fear, desperate for protection as he covers his head; a figure silhouetted in an open space amidst burnt-out buses and continuing fire from riot police; and an almost surreal moment of beauty when a fur-clad member of the Dakh Daughters band, with a double bass in its case strapped on her back, glances backwards on her way to a concert performance on the night of December 21. One wonders if Dondyuk has watched the films of Eisenstein.

The visceral quality of the pictures is also akin to the multimedia effect of a blockbuster movie and this is related to the fact that all the photos were taken with one 35mm lens. The camera is only a few feet away from the subject matter of each image. You should not feel intimidated by a photograph but seeing the tooled-up police and the makeshift weapons of protestors is frightening; the acrid smoke and smell of burnt tyres gets into your throat. The tumult is audible and you can hear the breaking glass of Molotov cocktails.

Maxim Dondyuk did not drop into the city of Kyiv for a day’s shoot. He lives there and he lived the confrontations of that winter of discontent. He attended the first mass rally that took place on the Maidan, the city’s central square a major crossroad, in December 2013: “I felt sure that by the morning the police would clean the entire Maidan. I didn’t have the slightest idea that I would spend the next three months there.” The street battles culminated in the shooting of dozens of unarmed protestors by the police, the fleeing of the fourth President of Ukraine in a helicopter over the border to Russia and a week of public mourning for those who had died.

On one occasion, Dondyuk found himself on the police side of the barricades and spent the rest of the day there, returning a number of times. On whatever side of the battlefield he stood, he remained between the anvil and the hammer and Culture of Confrontation is unflinching testimony to what he saw taking place in his city.

Editor’s Note: You can buy Culture of Confrontation directly from the photographer here. 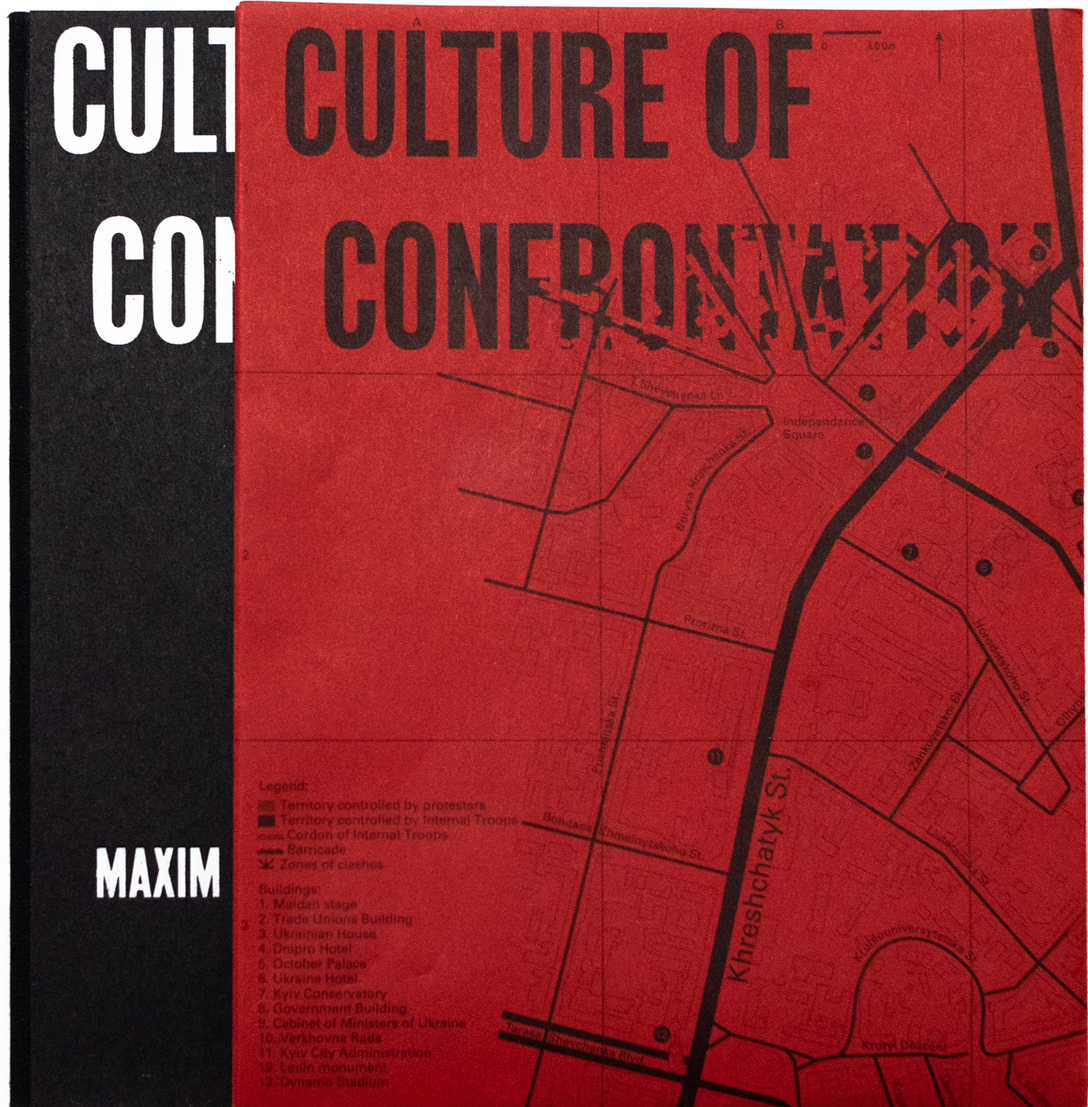 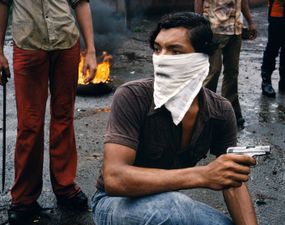 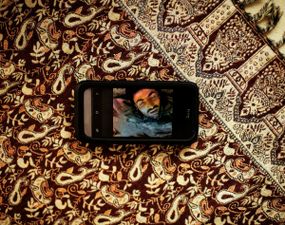 Outside Syria, Yet Outside the Camps
Jérémy Saint-Peyre
Attempting to capture and convey the confusion and tension along Syria’s border with Turkey—using non-linear narrative and powerful, metaphorical imagery. 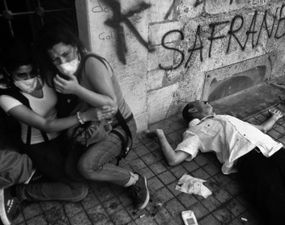 Witnessing Gezi
Emin Ozmen
One Year Anniversary: This prize-winning multimedia project captures how the protests in Taksim Square, Istanbul began as a local issue before transforming “in the blink of an eye” to a foundation-shaking civil resistance movement. 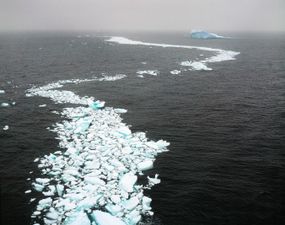 Existence Doubtful: Myth and Reality in the Far, Far South
Ville Lenkkeri
In seafaring days, islands which had been reported but were thought unlikely to be real were labelled with the term “existence doubtful” — as this series shows, such myth and mystery persist in today’s Antarctic. 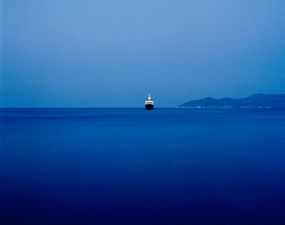 Archipelagos: Aegean Nostalgia
Stratos Kalafatis
An ethereal series meditates on the overwhelming pull of the Greek islands: “One happy moment, sometime between July and September, a breeze arises, stirring numbed bodies. In the softness of a lane, looking across at vineyards and olive groves,... 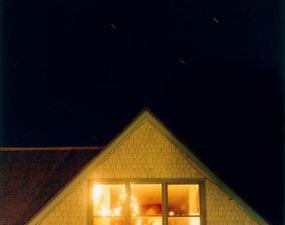