Interview
On the Speed of the Real
How to keep up? Editor at Large for Special Projects at TIME magazine Paul Moakley shares his insights on why the still image is a powerful tool of communication in our age of distraction.

On the Speed of the Real
How to keep up? Editor at Large for Special Projects at TIME magazine Paul Moakley shares his insights on why the still image is a powerful tool of communication in our age of distraction. 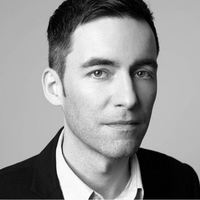 Paul Moakley is Editor at Large of Special Projects at TIME magazine—one of America’s most iconic weeklies. With a passion for photography first ignited at college, his path to becoming a photo editor was shaped by taking pictures himself, making him finely-tuned to the photographer-at-work mindset, and sensitive to the conditions needed to produce a successful project or assignment.

Having spent nearly a decade at TIME, Moakley has a sharp sense of what makes a photographer stand out in the saturated media landscape of today. Working closely with big news events, it’s the synthesis of a strong, specific idea and a unique vision that will make a mark.

We’re thrilled that Moakley has joined our jury for LensCulture’s Exposure Award. In this interview, he speaks to W. Scott Olsen about the important turning points of his career, the TIME approach to photography, and the singular qualities that makes the still image a powerful tool of communication.

W. Scott Olsen: Do you remember your first real connection with photography, either an image or a camera or something else?

Paul Moakley: I was always interested in photography, always taking family pictures, always wanted to be the person doing that. But I never really took it seriously until I was in college. I signed up for photo class just out of general interest, and I remember having a very specific epiphany when the teacher turned on a video about Mary Ellen Mark on the first day.

From that moment I started thinking really seriously about how much I wanted to make pictures or work with photography. It was seeing her in action, having these intimate connections, going places and connecting with people and using photography as a way to do that, and learning about their lives. For me the thing that really stood out was the way she worked in such a graceful way, being incredibly sensitive, but also conveying something really powerful. Through making pictures, she was trying to help people understand something specific about the human condition.

WSO: You are currently a photo editor at large at TIME. You cover news as well as special projects like ‘Person of the Year’. Before that, you were a senior photo editor at Newsweek and photo editor at PDN (Photo District News). You were also an adjunct professor at the School of Visual Arts in New York. How do you get from an epiphany in a college class to where you are now?

PM: I remember making pictures of friends of mine in college and my teacher was really encouraging from the beginning. She was always encouraging me to get more serious. Slowly I got into the world of photo editing. But coming to photo editing from the world of wanting to make pictures helped me out in terms of understanding what photographers need in terms of being a producer and setting them up for success, whatever kind of assignment they’re on. Thinking about the time they need and the lighting conditions. Thinking about all the stuff around them they need to make a production successful.

I was an intern at a college photography magazine that was kind of affiliated with PDN and Kodak, and the person who was managing that publication, Lauren Wendell, later went to work at PDN as associate publisher. I interned with her my second year in college and we had a really good experience. I was basically just a messenger, but I was still working around some of the best photographers in the world, people like Duane Michaels and James Nachtwey, and all the great photographers who were living in New York City at the time. It was like this constant education, learning about different types of photography.

But the thing that really helped me was the day after I graduated Lauren asked me if I wanted to work at PDN on the Photo Plus trade show. My first job was at the very bottom job at PDN but I couldn’t be more excited because I was around great photography and great photographers at every point of the day and it inspired me to think about it and find work that I really loved and carve out my own niche in terms of my own taste and different stories that I was interested in. I learned about commercial photography and documentary and photojournalism—the whole spectrum. When the photo editing job became available at PDN I interviewed and I came into the meeting with tons of story ideas and I think that was the thing that helped me get the job.

WSO: As an editor at TIME, you turn genres several times during a single cup of coffee. You’re looking at a studio portrait, then conflict photography, then field coverage of a political candidate. Is there a way to talk about the whole enterprise that makes sense?

PM: I do think about that a lot. I think, luckily, there’s a lot of room for different styles, a broad take on the types of images that we produce. But there has to be an aesthetic, or something that holds it all together, and for us it’s always been something based in reality. It has to have that element of realness, capturing something about the realness of a person if it’s a portrait. Not fake and polished. That’s the thing that connects all the work we do.

I often think about the book Things as They Are by Mary Panzer which looks back at the history of news and documentary photography to provide perspective on its evolution. I love the way you can always see the intersection of art and documentary photography throughout the history of magazines. It’s so exciting that we get to offer new perspectives on how people see things each week. It’s an energy that makes me love working at a news magazine.

WSO: When selecting photos for something like ‘Person of the Year’, or really anything, what are you looking for?

PM: With that assignment, you’re working with a subject that a lot of people know, that they’re highly familiar with. The ‘Person of the Year’ influenced the news the most. So you want to show that person in a way they haven’t been seen before. This is the biggest and most challenging issue of the year. You want to surprise people and do something that feels really fresh and exciting. Sometimes this requires an unprecedented level of access or intimacy. It’s not a project with the speed of breaking news. It’s an issue you hope will stand up for years and be something people want to share. But we also have to remember ‘Person of the Year’ isn’t an award. It’s a recognition of how people have influenced the news. I feel the weight of history while working on it.

WSO: In your current role, do you see yourself as gatekeeper, mentor, coach, arbiter?

PM: Anyone that’s working at a magazine and hiring photographers is a little bit of a gatekeeper. We all have this great ability to give someone a chance. It’s a really big deal. I’ve seen people get the smallest chances and really go wild with them. That means a lot to photographers and I think about that all the time. I want to be really respectful to them because we need their energy and creativity. It’s essential for the jobs we do. But in my current role I’m definitely a little bit of everything. As an editor at large of special projects, I’m trying to think of the longer term projects I can collaborate with authors, directors and photographers on. It’s strategizing on the big news items.

WSO: How do you recognize excellence? This is an ‘Exposure’ award, so you’re going to receive thousands of photographs, from good photographers, all asking for that small chance you’ve talked about. The goal is to shine light on someone as being particularly good—whatever that may mean. How are you going to decide?

PM: It’s always so different. And I feel like it sounds really cliché, but I think when I start looking at work in a competition, it’s always really hard. But part of it is instinctual, what you like and what you think communicates. A lot of it comes from a photographer having a really smart idea or take on something. Combine that intelligence with a vision that backs up that idea and makes it really stand out. Apart from work that is maybe a little bit meandering or thinking about too many things, going in too many directions.

I think we’re in an age where we’re so distracted that specificity really helps us. Even if it’s a topic that I’m not interested in, I’m impressed with people who can be really specific about it.

WSO: The photo is by definition an ultra-specific capture of a precise moment in time.

PM: It’s more about a tone. It could be about a lot of things. I see a lot of portfolios that tread the same ideas and subject matter. You really have to bring something new to the conversation to stand out. That’s the hardest thing to do. But we see it happen all the time. There are always a few people who jump out, people who are really thinking about photography and really trying to surprise us with something new, which is really hard. That’s the inspiring part. That’s the exciting part of being a photo editor that keeps me going.

WSO: And the thing that’s inspiring is the idea.

PM: You can have a great idea and still be a bad photographer. It’s the combination of the idea with the ability to make interesting pictures about that idea.

WSO: Have you worked with images, as an editor, you’ve really struggled with?

PM: Oh yeah. Any time you’re showing a picture of a person you’re putting their lives out there, into a situation that could be potentially vulnerable. Especially in a world where it’s like we’re all living on Instagram and you can write a comment down below. And inevitably those comments are going to affect that person. We have to be even more careful if that person is in a less privileged position. We have this conversation weekly at TIME.

I just worked on a video about PTSD after mass-shootings. It was an opportunity to dig deeper, to move past the breaking news stories. I think that’s the goal in a world where the news is so fast-paced. Of course we need to get the news quickly and we need to know what’s happening in the world. But we also have to not jump too quickly from things we don’t fully comprehend. It’s impossible to understand the aftershocks of something tragic in a week. It often takes years. I think the slower we can go and the more we can try to open up these things for people, the more helpful we are.

WSO: Would you argue that photography is a way of slowing down?