Feature
Tattooists, Tattoed: Images of Body Ink Worldwide
A fascinating exhibition that returns to the sources of tattooing and tells the story of the practice’s transformation into a permanent, globalized phenomenon.
Exhibition at theMusée Quai Branly
View Images

Tattooists, Tattoed: Images of Body Ink Worldwide
A fascinating exhibition that returns to the sources of tattooing and tells the story of the practice&#8217;s transformation into a permanent, globalized phenomenon.

The Musée Quai Branly in Paris is known for its globe-spanning exhibitions and ability to connect physically and temporally disparate cultures with our contemporary moment. No where is this better on display than their latest exhibition "Tattooists and Tattooed." The exhibition returns to the sources of tattooing and tells the story of the practice's transformation into a permanent, globalized phenomenon. Although we might take for granted that tattoos are commonplace in the Western world, this exhibition reveals the interesting cultural interplay that preceded their current wide-spread acceptance.

In so-called "primitive" societies from the Oriental, African and Oceanian worlds, tattooing has a social, religious and mystical role. In many cases, tattoos would accompany their subjects during their rites of passage, eventually branding them as full members of the community. Conversely, in the West, tattoos were long seen as a mark of infamy, criminality or as a plain circus attraction. Later, they became a mark of identity for urban "tribes" of all kinds, reflecting their original purpose as an identifying symbol.

Over the past few decades though, tattooing became widely exposed by the media. Today, publicity and fashion take inspiration from tattoo's codes—they are firmly entrenched in the mainstream. At the same time, throughout the world, tattooing has lost much of its original symbolic power. In traditional societies, tattooing no longer holds the same ritual exclusivity; in urban societies and in the "westernized" lifestyle, its marginal character is fading and it is becoming a relatively common bodily ornament.

In the fields of anthropology and sociology, academics have been studying the popularization of the practice in the urban environment and theorizing that tattooing establishes the body as a venue for self-affirmation. In the artistic field, there remains much exploration to be done. This exhibition spans both the former and the latter, offering diverse perspective through which to understand the long-running practice.

Although we present to you 13 photographs taken from the exhibition, the full offerings also include many fascinating objects from the history of tattooing as well as life-size, silicone models in which famous tattooists were given a blank canvas to show their work.

For more on the topic of tattooists, be sure to check out Ten Tattooists, a portrait series of the artists behind the ink. 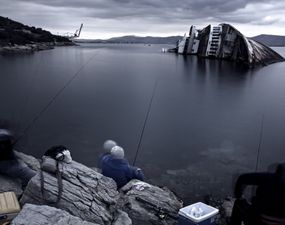 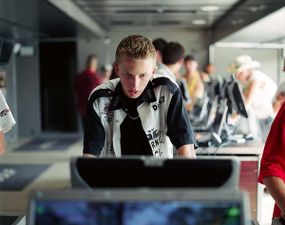 Warzone
Noorderlicht Photofestival
Through the work of top photographers like Ad van Denderen, Martin Specht, Paul Seawright, Peter van Agtmael and Antonin Kratochvil, the exhibition and book,Warzone, pauses to examine the experience of soldiers who have been dispatched to the... 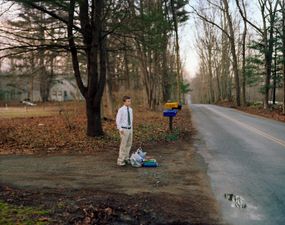 Fragile Innocence at the Morning Bus Stop
Greg Miller
Every morning, there is a moment when we, as parents, part ways from our children—us to work, them to school. Yet the current reality of mass shootings in the US (and in other parts of the world) forces us to realize how fragile and precious this... 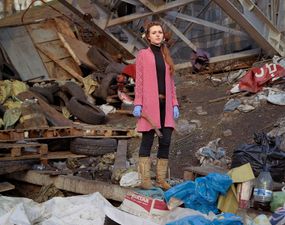 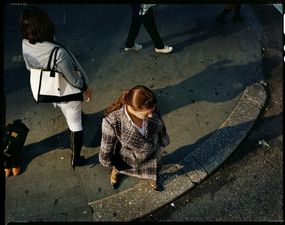 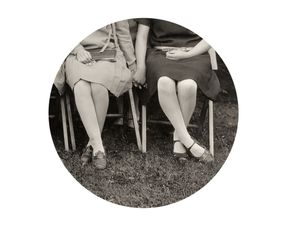 Through the Lens of Desire
Kris Sanford
“Growing up queer, I searched for a history that spoke to me, that included me…” In this unconventional series, vernacular photographs from the 1920s-1950s are used to project new interpretations onto lost stories of life, family...