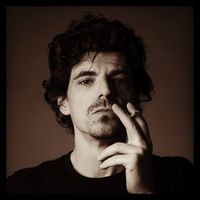 “This is my current project and my primary focus. It is an edit of photos I took in Rome, the city I’ve lived in, more or less happily, for the last year and a half. This is my everyday normalcy. I feel it is the most honest, raw and, in some ways, most ‘problematic’ series I’ve worked on…”

After first discovering this series online, we decided to reach out to Halevi to learn more about his vision of the streets of Rome and how he “truly experiences” his newly adopted home. 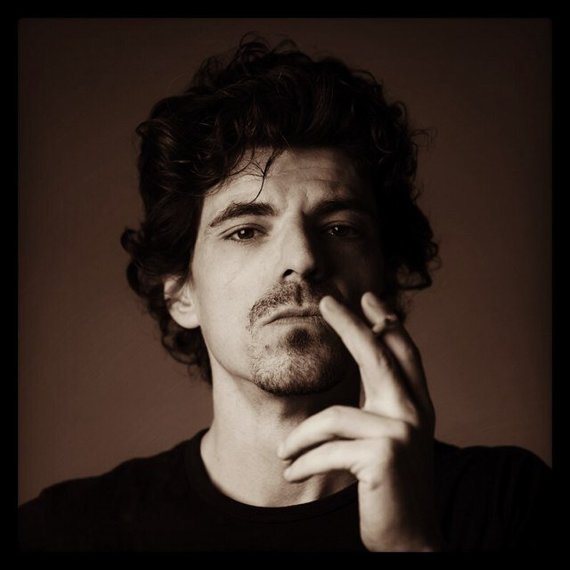 LC: Reuven, please tell us more about your story—how did you first pick up a camera? When did you find out that you had such a creative inner force?

RH: From what I’ve been told, I expressed my “creative inner force” as soon as I could communicate anything other than being hungry or sleepy. One story I heard often growing up is that at 11 months old, I stood on my bed in the middle of the night and pointed at the darkness around me, saying “look…look” over and over again. My parents were very concerned!

Drawing was the first tool I used to process and make sense of the world. I drew all the time—everything and anything—until one day I discovered classical ballet. This was a pivotal moment, as it introduced me to the world of the performing arts. It is, to this day, the most influential creative endeavor in my life: it informs everything from how I move to how I think.

Eventually, though, an uncooperative knee made a career as a dancer impossible. Thankfully, my search for a form of self-expression had only just begun. After some time with theater directing, I became frustrated by the degree of delegation. Anything I wanted to express now had to be filtered through an infinite number of middle-men, producers, assistants, technicians, PR people, etc....

My expressive urge was—and is—too strong to be subject to such everyday hang-ups. My one moral imperative is to be honest in what I do, otherwise it makes no sense to do it at all. So those were very challenging times indeed.

Eventually, I came to realize that the theatrical stage was too far removed from reality. When push came to shove, it was a lost highway detached from the rest of the world, and I would remain perpetually lost if I stayed there.

I had to take my inquiries much closer to where life took place, where it manifested itself abruptly and spontaneously.

I wanted to be at the point where culture and identity are forged, where our ideals about “who we are at our best” assume physical shape, where we build our parliaments, our theaters, our public squares and libraries—the city-stage.

I had bought my first “real” camera because I figured I could do portraits and head shots for actors while working out how to best articulate my future. Thus, I first picked up photography out of necessity. It took me another year and a half before I put two and two together…I sold my DSLR, got a micro four-thirds and took to the streets. Thus I entered a new “stage” in my life.

LC: How does your previous experience as a theatre director influence your photography today?

RH: Everything I have done up until now informs everything I do from this moment onward. I would not be the photographer I am today if I hadn’t lived for decades on and around the stage.

On a more practical note, I feel I have an eye that is attuned to “read” and “interpret” facial expressions, gestures and body movements. I am sensitive to the relationship between bodies in space. These are all basic tools of my trade: essential when directing for the stage and now, today, as a photographer.

That being said, I do not approach the street as a director. Far from it: I am very much on stage and inside the flow of reality when I photograph. My attitude is “immersive-observational”; I am much more a dancer of a corps de ballet than a mind-body standing on the outside looking in.

These days, the only directing I do is when I guide myself to spaces where I am likely to witness and experience what I am looking for. One of the very few directions I give myself—director to actor, so to speak—is to tune into the state of mind of the city and its inhabitants. This is essential.

Photography has restored the performative dimension that was missing from my life after I gave up dancing. For me, photographing the streets is an activity deeply rooted in my own body. To take a photo is a gesture inseparable from the living humanity around me. It is immediate, and intimate. Photos from this dimension are like significant samples of pure being-togetherness. It is a way for me to “be in the world.” This feeling—this sense of place and being—is what I’m interested in exploring and expressing.

LC: Today, what draws you to the streets or public places to photograph?

RH: Well, the streets (the public realm) is not actually what I photograph.

I don’t do surface documentation of the city, which to me is, well, superficial and boring. But in my experience this realm is the ideal place to find what I seek. No other place that I know offers it so clearly, intensely and genuinely.

Public spaces are both stage and text, but they don’t exist in a significant way until they are inhabited.

In the tense rapport between this city—a metropolis that dreams of Utopia through its architecture, but in reality is grimy, clamorous and aggressive—and its inhabitants, who dream of being loving (and loved) creatures, things happen. And I call these “things” discharges of poetry.

They are flashes within which the real world turns inside-out, dissolves and transfigures, like fleeting, fantastical arabesques. This is the space where masks and conventions dissolve. Moments in which you and I together—albeit for just a split moment, the moment of the shutter—are suspended between the grotesque and the infantile. Pop-up humanity.

Thus, in these super-real glimpses of time, I perceive wholeness and experience total communion with humanity at large. Pressing the shutter becomes a gesture of love towards my fellow man. It’s all very addictive.