Interview
Fica Suave
Charting the everyday life of Thay, a young woman living in a favela in Rio de Janeiro, this multimedia project documents the warm, strong community that exists in the midst of a violent, unsafe world.

Fica Suave
Charting the everyday life of Thay, a young woman living in a favela in Rio de Janeiro, this multimedia project documents the warm, strong community that exists in the midst of a violent, unsafe world. 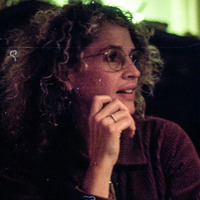 Sabine van Wechem is a Dutch photographer who, through photography and film, investigates how people who live in a physically and socially closed environment still create freedom. After working for years as a producer in the advertising world, she followed her heart in 2016 and started studying photography.

It was during her studies that she started Fica Suave. In this ongoing multimedia project, we are introduced to Thay, a now twenty-year-old woman living in Vila Cruzeiro, a favela in Rio de Janeiro. Against the backdrop of a world that is often unsafe and violent, van Wechem gives us an intimate glimpse into the strong and warm community that Thay belongs to. Inviting us into her world, the project sparks curiosity about how the life of this young woman will unfold.

In this interview for LensCulture, Eefje Ludwig met van Wechem in Amsterdam to discuss the theme of freedom that is central to much of her practice, how to involve oneself as a maker in the presentation of the work and the close friendship the photographer shared with Thay, the protagonist of Fica Suave.

Eefje Ludwig: Sabine, can you tell me what the project Fica Suave is about?

Sabine van Wechem: In my multimedia project Fica Suave, I give an insight into the life of Thay who lives in the favela Vila Cruzeiro in Rio de Janeiro. Thay takes me through the neighborhood where daily life takes place against a backdrop of violence and poverty. I want to show how strong the sense of community is in this inward-looking and closed-off world. Despite the danger, the gunshots, and the fear, ordinary life goes on, Thay is bubbling with joy of life and holds her own in this environment.

EL: How did the project come about?

SVW: I went along as a photographer with a Dutch soccer foundation that had organized a tournament for girls there. I became friends with people from the favela and kept going back. Fica Suave actually came into being in passing by being there and spending time with people. Thay also participated in the tournament. She was a very nice young girl at the time who was really enthusiastic, and I got along well with her. I was photographing different people during that first trip, but at some point I wanted to give direction to the story and not just simply make beautiful pictures. I was curious about Thay’s life; a girl in the prime of her life, living in a place that also has a strong dark side. I then got to know her more and discussed with her whether it would be a good plan to really work together and follow her, including her family and friends. She agreed. So for the past three years, whenever I went back, I was really there to photograph her and be with and around her.

EL: How did you go about getting her on board with your project? It’s not always easy to get that close and have permission to do that…

SVW: That’s where some friends of mine helped me a lot. To explain that well and officially ask permission from her and also from her mother. We discussed this a lot and Thay liked the idea very much. It was also just very nice to be together; we laughed and we danced. Perhaps she also wasn’t so aware of what the project would entail exactly. But it was all very organic. There was never a moment when it was uncomfortable.

I just kept coming back every time I was there. So it was very casual, like: “Hey, there’s that gringa again with that camera… are you coming back again?” I just wanted to be there, so they let me and everything was very relaxed. I slept ten minutes away from her house where I had my own room with a friend of mine. Thay and I were in touch over Whatsapp and agreed on when I was going to see her. When there was [gun] shooting, she would send me a message to stay inside. Gradually all that became a little smoother and I gained confidence that I could walk outside alone. But I would never shoot randomly on the streets alone. Thay and the other friends I have there are really my guides.

EL: Your projects often focus on the question of how people live in certain circumstances and how they find their way despite expectations, social context or the place they were born. How does this take shape in Fica Suave?

SVW: With this project I hope to break through the stereotypes of favelas and show life as it is lived every day. Where people have a strong, nice community life, despite the misery, danger and poverty. People just live their lives. And I’d like to show that. I am interested in how people live when they are closed off in a physical or mental environment. They are also free. Even though you are in the walls of the favela and you live with certain restrictions and danger, there is freedom.

So I try to give answers to that question; how do you find that freedom and what is that freedom in? This is a subject that appeals to me. Also, it’s about the encounters. For me, projects and relationships should also arise organically. This also makes it difficult to close things. Because when a friendship has been formed, how do you end a project?

EL: You haven’t been there for a while now, partly because of Covid. Are you still in touch with Thay?

SVW: Sure. I forward things about the book and the exhibition, so she sees what’s happening with the work. I’m so far away from her, of course, but I try very hard to include her in what I’m doing.

EL: I think it’s great that you continue to follow her… To capture her life at such a crucial time. It can go so many ways at that age. When I first saw Fica Suave, it made me very curious. I am getting to know her, but I would like to get to know her even better. Is the project still ongoing?

SVW: Yes, in my mind it is. I find it hard to close it in any case. And I would like to continue to photograph her in the long term. To follow and record what is going to happen to her. She’s at such a crucial age now. She lives with her mother and her sister and her dream is to become a soccer star. Also in terms of serious relationships. How does all of that work when you are young and living in the favela? In terms of work, relationships, children… Girls usually get pregnant young there. So if I can do it again, I would like to go back. Thay often asks me when I am coming back. I really want to but I don’t know when.

EL: Fica Suave has been exhibited in multimedia form, published as a longread in De Volkskrant and now you’ve also made a book. In both the longread and the installation, you also play a role as a creator. In that sense, your voice, in the form of your Whatsapp conversation, is included in the presentation, which I find very interesting. How do you see your role as a maker in the presentation of the project?

SVW: We have a personal relationship—a friendship—and I wanted to show how we are as two people. Also to show our softness and that we are two people who feel like seeing each other and chilling out. And through showing these chats, you also get an idea of our mutual respect and trust and a picture of how and what we talk about. I think it’s important to show the public the nature of our relationship.

EL: For me, the multimedia presentation form is very appropriate for what you want to tell, and really invites viewers to get to know Thay. Can you talk a bit about why you decided to make a book and how it came about?

SVW: I wasn’t necessarily very keen on making a book because I always wanted to present it as a multimedia installation. I also did it that way during my final exam in 2019. But when I got the chance to exhibit in Naarden, I saw it as a good opportunity to also make a booklet. It is not a finished book. I made it myself, with my mentor and my partner who is a graphic designer and a friend of hers. It went very organically and quickly because I wanted to make something that would give me more visibility and give people something to take away after they saw the installation. It has been a super fun process because it made me think differently about how to present the work. I’m happy with it.

In my experience, Thay’s story comes out really well in the book. And I found it exciting to go through this process. Thay has seen it digitally. The mail often doesn’t arrive from here to Brazil so I don’t dare send it, but I’m going to show it to her when I go again.

EL: The installation is now being presented at the Fotofestival Naarden. How has that experience been for you?

SVW: I got goosebumps again when I was building it. It’s been a while since I was last in Brazil. My motivation really started to flow again, which was very inspiring. The audience has also been positive. People usually find the work very intimate. They ask me if it wasn’t dangerous to be there or want to know how I ended up there. The other day a couple of Brazilians had seen the installation and thought it was a good representation of Rio. I really liked that, because at the end of the day I’m just the person here doing something there.

Editor’s note: Fica Suave is on view at Fotofestival Naarden 2021 until the 29th of August and will also be on display from the 10th of October until 19th November at the Fotomanifestatie in Enschede. You can find out more about the book of the project here.