“Wolfgang Tillmans 2017” In Review
How are rapid changes in technology, politics and culture shaping the way we live? Free-ranging artist Wolfgang Tillmans explores this concept in his blockbuster exhibition.

There is this looking at the world as shapes and patterns and colors that have meaning, and you can’t deny the superficial because the superficial is what meets the eye.

How can we better understand our world today, and how are rapid changes in technology, politics and culture shaping the way we live? All these questions, and more, are explored in Tate Modern’s intense and wide-ranging exhibition, “Wolfgang Tillmans: 2017.”

Photographer and artist Wolfgang Tillmans was born in 1968 and rose to prominence in the 1990s. Initially, he was praised for giving a voice to contemporary youth culture. His work since has grown in multiplicity and depth, carrying an ever-refreshing vision of photography as a diverse, conceptual and political medium. The Berlin-based Tillmans, who is known for presenting his work in a variety of media, continues to push his experimentation further today.

At Tate Modern, a 14-room exhibition puts this characteristic variety on display. The show proceeds through a number of Tillmans’ most significant works, presenting his key themes and painting a picture of the artist himself. Thought-provoking, dynamic and at times prophetic, “Wolfgang Tillmans: 2017” brings questions of change and modernity to the fore.

Despite his multiplicity, political themes underscore much of Tillmans’ recent work. Taking 2003 (the first year of the Iraq War and, for the artist, the moment the world changed) as its point of departure, the exhibition explores a world in flux—a world we still inhabit.

In particular, the cultural impact of technological change carries significant weight for Tillmans. This concept is explored through his interaction with the photographic process. In one image, ink cartridges sitting alongside supermarket vegetable shelves imply a futile desire to recreate the natural. In another, a man in traditional dress poses by a worn—but once ostentatious—car, a direct reference to the increasing infiltration of modernity and technology into traditional communities around the world. In both images, Tillmans uses unexpected juxtapositions to make his point, contrasting the ruthless pace of modern change with the memory of what was once pure and natural.

The immersion of audience into his art is an important and recurring focus for Tillmans. In Tate’s exhibition, the display of prints in different sizes and styles encourages varied interactions between viewer and image. In addition, work in different media abounds.

A video installation of Tillmans, haunted by his dogged, lagging shadow, acknowledges the inevitable presence of his public image as a consequence of pushing photographs out into the world. At other points, Tillmans reveals his resistance to the idea of a photograph as a direct record of reality. Take another self-portrait, this one shot at HM Prison Reading, which shows the artist’s distorted image in a broken mirror. What are the effects of the photograph on the soul—on our physical and psychological sense of self? Are we confining ourselves, self-censoring? Tillmans presents these questions without providing easy answers.

And yet Tillmans has not completely abandoned the specificities of the photographic medium. After all, his roots were in explorations of youth culture, a classic subject that he captured with freedom and an uninhibited desire for the human spirit. Still today, his aptitude for capturing momentary, fleeting shapes, moods and situations is clear. This aesthetic power, alongside his conceptual prowess, grounds what could be an overly intellectual show.

“Wolfgang Tillmans: 2017” ends on an intriguingly decisive—yet subtle—note. In the final room, “The State We’re In” (2015) offers up a large print of the Atlantic Ocean, its great borderless mass reminding us of the powerful, natural world we all share. On the tables surrounding the print lie cuttings from “Time Mirrored 3” (2017), an installation that reinforces how closely our present is tied to the past—and the importance of placing our present within a broader historical context.

By placing his work from the early aughts alongside more recent endeavors, Tillmans conveys the increasing presence (and necessity) of his political voice. Viewing all of Tillmans’ work together, it’s tempting to wonder whether this prophetic artist feels that we have finally reached our collective breaking point. 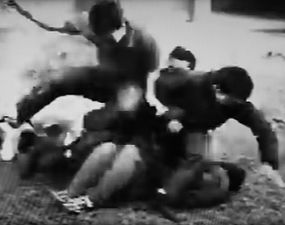 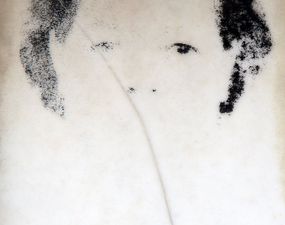 Ad Infinitum
Kris Vervaeke
A selection of over 1,000 pictures of portraits found on tombstones in Hong Kong — posing questions about individuality, anonymity and mortality. 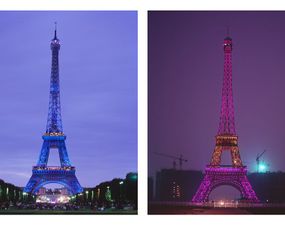 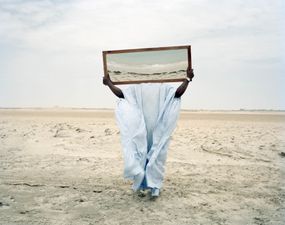 Photo London 2016: Portrait Focus
Photo London
We continue our in-depth preview of Photo London by sharing a selection of some of the most inspiring portrait photography that will be on show in the Somerset House this week. Hope to see you there! 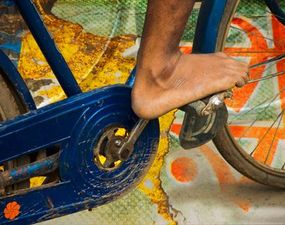 Waking from Dreams of India
Neil Chowdhury
Neil Chowdhury visits the towns of his ancestors in India, and tries to come to grips with the confluence of old, new and imagined. The results are intriguing photo-collages. 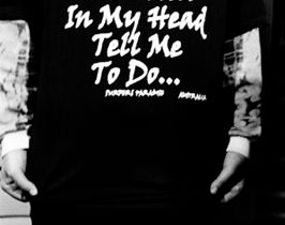