Feature
Where the River Turns
A proposed dam in Brazil has brought jobs and the promise of energy to a depressed region while at the same time threatening to destroy the environment and displace 20,000-40,000 people—an exploration of the complex issue through a variety of lenses.
Photographs and text by Tommaso Protti
View Images

Where the River Turns
A proposed dam in Brazil has brought jobs and the promise of energy to a depressed region while at the same time threatening to destroy the environment and displace 20,000-40,000 people—an exploration of the complex issue through a variety of lenses.

“Once this was a quiet city—now it’s a mess.” These words were said over and over by the different people that I encountered on the streets of Altamira, an isolated city in the core of the Brazilian state of Para.

Since the Brazilian government started building the world’s third largest hydroelectric dam on the Xingu River, one of the Amazon’s major tributaries, the region and the city of Altamira have fallen into chaos. The arrival of thousands of migrants working at the Belo Monte Dam complex has added huge pressure to the region’s already weak infrastructures and social services. This process has given rise to a spike in criminality—such as widespread insecurity, increased drug use, growing cases of violence and prostitution.

The decision to construct dams has always presented governments with the dilemma of balancing economic development with the rights of local populations and environmental protection. Ultimately, development has trumped these other concerns. Once the Belo Monte project is completed, (at an estimated cost of $11 billion), the dam will have diverted 80% of the river’s flow, will flood an area of 668 square kilometers and will force the displacement of between 20,000-40,000 people.

My project takes into account the region where the Belo Monte complex is expanding and explores the contradictions incidental to the developments of large dams. This is part of a personal, ongoing investigation on the idea of progress in Brazil since 2010. I want to explore the social impacts that are a consequence of these massive construction processes.

An aerial view of Altamira. © Tommaso Protti
Two men watch the police arresting a thief after an attempted robbery on a fellow resident. © Tommaso Protti
Belo Monte dam construction site. The planned capacity of the dam complex would be 11,233 megawatts (MW), which would make it the second-largest hydroelectric dam complex in Brazil and the third world's largest in terms of installed capacity. © Tommaso Protti
A local street party in Altamira at night. © Tommaso Protti
Local residents occupy a rodeo on the edge of the city while awaiting compensation from Norte Energia. Their homes were flooded and destroyed after the dam's construction. Norte Energia refuses to compensate, claiming that the floods are the result of the natural flooding season. © Tommaso Protti
© Tommaso Protti
Fishermen burn buses belonging to the Belo Monte dam consortium in protest. Due to the construction of the Belo Monte dam, the level of fish in the Xingu river has decreased by 60%-70%, causing a severe economic crisis among the fishermen. They too are looking for compensation. © Tommaso Protti
A local "funky" party in Altamira. With the arrival of thousands of immigrants working at the Belo Monte Dam complex, the number of bars and nightclubs in the city has increased exponentially. The city has become the main hub for night entertainment in the region. © Tommaso Protti
A man is arrested after a fight in a bar of Altamira. The arrival of thousands of migrant workers has increased tensions within the centre’s community spaces. Violent crime in the city has increased dramatically since the dam’s construction work began three years ago. © Tommaso Protti
A squad of the Policia Militar arrest two suspected thieves during a night patrol in a street of Altamira. © Tommaso Protti
Two crack cocaine addicts suffer from withdrawal inside the Altamira police station after being arrested for attempted robbery. © Tommaso Protti
A prostitute smokes crack inside the bathroom of an illegal brothel in Altamira. A university study concluded that the construction of Belo Monte has established a "sex market," consisting of a network of sexual exploitation in the region, but especially in Altamira. © Tommaso Protti
Altamira, during a black-out. The cost of electricity in the area is the most expensive in Brazil. More than 6,000 families live without power. In 2014 alone, the cost of electricity went up 37%. Meanwhile, the $11 billion dam will produce electricity for far away cities—not for this area.
A local activist had this to say: "The problem is not the dam itself. The problem is that such mega-projects do not benefit the general population but instead the multinational companies. They destroy the social fabric of the regions around the structures" © Tommaso Protti
A man blocks the way to prevent an electrical company from cutting the power cables to his home. © Tommaso Protti
Residents of Jatoba, a new neighborhood under construction in the outskirts. The town was built by the Norte Energia company to relocate the families affected by the Belo Monte Dam. The dam, once completed, will force the displacement of between 20,000 - 40,000 people. © Tommaso Protti
Residents of the Boa Esperanca neighborhood, an area scheduled to be flooded by the Belo Monte Dam. The Brazilian government says that residents forced to relocate will be compensated and that most will benefit from the relocation. Opponents of the dam are skeptical of this claim. © Tommaso Protti
An aerial view of the Xingu river, one of the major tributaries of the Amazon river. The Belo Monte dam is designed to divert 80% of the Xingu's flow. © Tommaso Protti 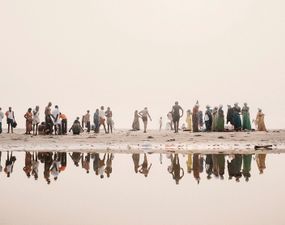 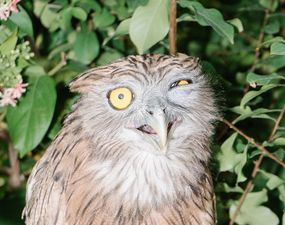 Charlie Surfs on Lotus Flowers
Simone Sapienza
Occupying a limbo between freedom and control, Simone Sapienza’s portrait of Vietnam explores the collision of communism and capitalism in its post-war landscape. 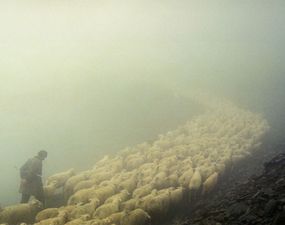 Akrak Vazha (The Shepherd’s Way)
Dmitry Gomberg
Over five years, we follow in the footsteps of shepherds in the Caucasus mountains: simple, harsh, beautiful. 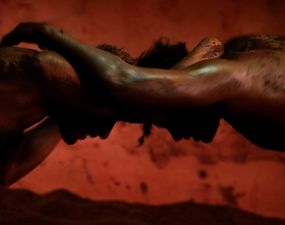 Kushti: A Martial Art, A Way of Life
Alain Schroeder
Much more than a sport, this traditional form of Indian wrestling offers its adherents a spiritual quest, a sacred space, and an unparalleled atmosphere of social unity. 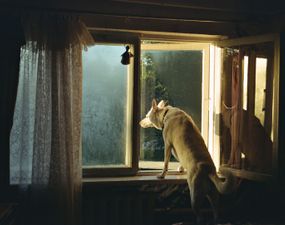