Book review
Gomorrah Girl
Valerio Spada’s award-winning photobook about a murder in Naples, Italy is a visual rumination about adolescence, choices and chances in a land of Camorra (the name of the Mafia in Naples).

Photographs and text by Valerio Spada

Gomorrah Girl
Valerio Spada’s award-winning photobook about a murder in Naples, Italy is a visual rumination about adolescence, choices and chances in a land of Camorra (the name of the Mafia in Naples).

On March 27, 2004, Annalisa Durante, at the age of 14, was killed in Forcella, a Naples area under the Giuliano clan’s dominance. Annalisa and two of her friends were in front of her father’s small store, leaning on a car, talking with Salvatore Giuliano, a young Camorra boss, then 22.

Everything that happens next will take only seconds but will change many lives forever.

Two killers on a motorcycle pop out of a side street and open fire. Their aim is to kill Guiliano, who hides behind the car and starts to shoot back at them. The two friends of Annalisa find a getaway on the right side in a small street, while Annalisa runs in the opposite direction, where the killers are driving away. One of the three bullets fired by Giuliano hits Annalisa in the head, immediately she falls lifeless to the ground. Salvatore Giuliano was charged for homicide and is serving 24 years in prison. This photographic journey starts with Annalisa’s father, Giovanni Durante, who still works in the same store in Forcella. Since the day she was murdered, he brings breakfast with milk at 9 every morning to his daughter’s grave. Annalisa was buried along with her cell phone, which was her father’s wish, since she used to call him five times per day, every day. There is a magnificent strength in Giovanni Durante’s will to stay in Forcella, trying to right the wrongs of one of the most dangerous areas in Naples. A similar determination can be found in the teachers at the Liceo Elsa Morante, in the Scampia neighborhood, in their daily effort to educate and keep the girls of Scampia off the streets and from a destiny that seems to have been written long before these girls were born.

Generations of wrong choices and mistakes have ripped families and whole communities in this region apart. In this book there are portraits of girls whose destinies can still change, if not the destiny of the area in which they are growing up. Annalisa was one of them. She kept a diary, in which she wrote that Naples was becoming too dangerous to live in and how she was dreaming to escape, to live far away from Forcella.

In general, Gomorrah Girl shows the problems of becoming a woman in a dangerous, crime ridden area.

Adolescence is almost denied. At nine years old they dance, move and make themselves up like TV personalities, and dream to become one of them. At 13 or 14, very often, they become mothers, skipping the adolescence which is lived fully everywhere else in Italy. The notorious neighborhood of Scampia is considered one of the most dangerous in Italy for its central position in one of the highest drug trafficking and dealing in Europe, where Camorra business has its core and main income by selling drugs of excellent quality at the lowest price. Annalisa’s homicide evidence, like the bullet extracted from her skull, are all points that, once connected, become a large and unique picture of the desolation which is equal only to the hope, not only for Naples, but maybe for all of today’s Italy. 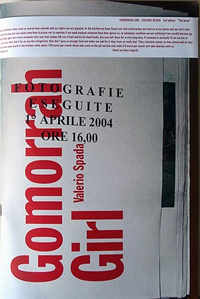 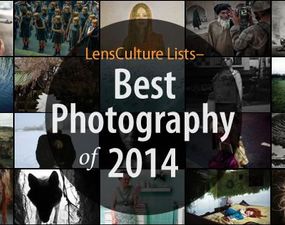 The Best of LensCulture in 2014
LensCulture Editors
Here is some of the best photography we’ve discovered in 2014 — we want to share it with you and photography lovers everywhere! 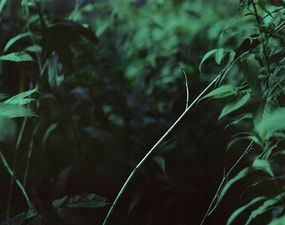 Another Way of Looking At Love
Janelle Lynch
In a book full of dreamy photographs of nature’s quiet moments, Janelle Lynch invites us to re-enter the natural world and embrace our connection to it. 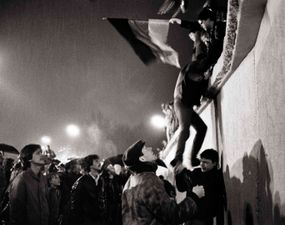 Historical Remembering: Looking Back at East Germany
Contrasto Books
Rich, evocative photos that portray those heady days before the collapse of the Wall—and remind us how looking back also means recognizing that something has been lost. 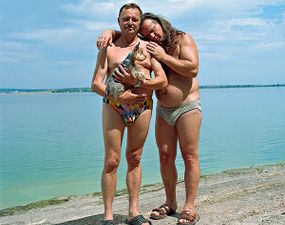 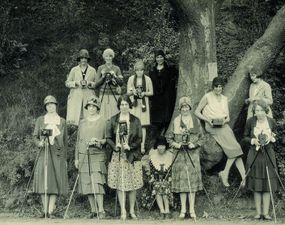 Kodak Girl
Martha Cooper
A wonderful compilation of early advertisements and some great vintage photographs that helped to launch the age of the snapshot. Edited by John P. Jacobs. 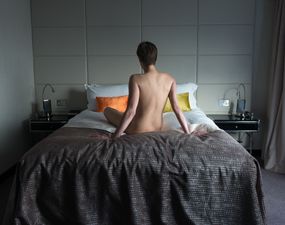 Boys & Men: Portraits of London’s Male Escorts
Jessica Kelly
The sex industry is one of the world’s oldest, yet continues to be kept largely out of society’s view—these portraits, focusing on male escorts, offer a sensitive look at a group of deeply overlooked individuals.