Feature
Elusive Beauty: Red Hair
“Their orange-red hair, their pale skin, their bright, light eyes are just breathtaking and magical to me. At times they even appear translucent.” A beautiful series of portraits documenting that rare, special breed—the red-head.
Photographs and text by Vivian Keulards
View Images

Elusive Beauty: Red Hair
&#8220;Their orange-red hair, their pale skin, their bright, light eyes are just breathtaking and magical to me. At times they even appear translucent.&#8221; A beautiful series of portraits documenting that rare, special breed—the red-head.

They’ll likely be extinct in the next 100 years: red-haired children, I mean.

At least that rumor goes around, alongside endless stories, facts and myths about red-haired people.

At first, I was intrigued by the extraordinary looks of these children. Especially the children, because they’re still young, not aware of their looks; very pure and natural. Their orange-red hair, their pale skin with clusters of freckles and their bright, light eyes are just breathtaking and magical to me. At times, they even seemed translucent.

Later, I learned more about red-haired people and became fascinated by the specific MC1R-gene. For centuries, they have been of worldwide interest—but that is not surprising, when you consider that only two percent of the human population carries this unique red head gene.

This worldwide interest wasn’t (and isn’t) always positive though. In the Middle Ages, they were thought to be vampires, werewolves, and bewitched. In those days, red-heads often died at the stake. Some people say they have hot tempers and extreme sex drives. Others say they are acutely sensitive to pain. Also many red-heads have undergone ”ginger” discrimination and bullying.

Some people say such talk of “gingerism” is overblown. Perhaps, but as recently as 2011, one of the largest sperm banks in the world (Cryos in Denmark) closed its doors to donors with red hair. The reason? Because there was such a low demand for children carrying this rare gene.

I know that red-haired people don’t want to be examined as special, different or exotic. They don’t want to be stereotyped, even fetishized. I understand their skepticism. Although people nowadays see the beauty of their looks, they’re a group with a history of bullying and abuse, all because of their hair color.

Nevertheless, for the past several years, I have been photographing children with red hair. I have found and portrayed them in The Netherlands, The United States and Ireland. I approach my red-haired models with respect and honesty and I photograph their mystical and powerful appearance in a setting of my own choosing. Next to my portraits, I’m seeking to discover the truth behind the myths. If it’s true that they’re threatened with extinction, I might even be photographing history. 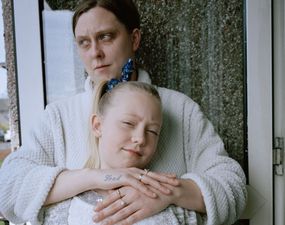 In This Place
Margaret Mitchell
After a pause of two decades, a photographer began to re-document her nieces and nephews—while the outside world has changed, their lives appear remarkably still, immobile even. This is a personal, yet universal, story of family, loss and love. 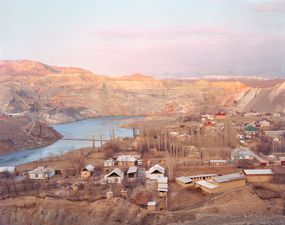 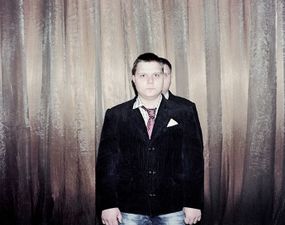 The Winners
Rafal Milach
Meet Stas and Vlad, the best twins in Bobruysk, Belarus. Not strange enough for you—how about the best welder? The best milkmaid? The best couple in love? These deadpan portraits offer a fascinating look at Belarus and what remains of the USSR. 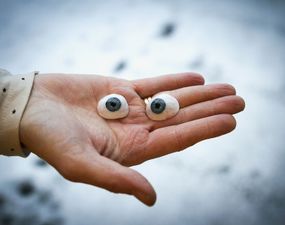 Jon
Sara Marie Ramsøe
Sara Marie Ramsøe delivers a loving and light-hearted documentary story about a multihandicapped 11 year old boy named Jon. He was born without eyes and has many disabilities, but there seems much to celebrate in his story. 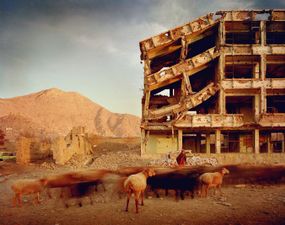 Conflict, Time, Photography
Tate Modern
A bold show at London’s premier modern art museum examines our visual understanding of war from a novel angle—photographs of conflict arranged according to how long after the event they were created. 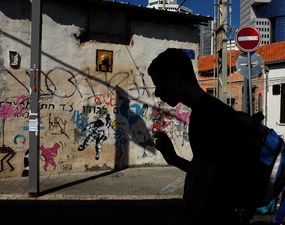 Authenticity and the Absurd: People in the Street
Sergey Medvedchikov
Street Photography Awards 2016: Finalist In street photography, what is more important: authenticity or absurdity? These pictures strike a delicate balance between the two, exploring the interactions between human beings around the world.