Book review
Some Say Ice
In her new book “Some Say Ice”— an eerie portrait of the people, places and animals of the small Midwestern town of Black River Falls—Alessandra Sanguinetti confronts photography’s uneasy relationship to life and death.

Some Say Ice
In her new book “Some Say Ice”— an eerie portrait of the people, places and animals of the small Midwestern town of Black River Falls—Alessandra Sanguinetti confronts photography’s uneasy relationship to life and death.

A circular calendar opens Alessandra Sanguinetti’s new photobook Some Say Ice. Sliced like a pie in 12 parts, the circle is pierced by a little newspaper clipping tacked to the month of July announcing the birth of baby Lily Marie. It’s somehow unsettling; everything here implies a movement forward, and within this very frame we can anticipate the end as well as see the beginning. Frozen by the act of photography, the wheel is stuck out of time. It’s a puzzle of a picture that primes us for the weird sense of time burning through these pages—and its relationship to life, death and, crucially, photography.

The people, places, animals and things we meet in the photographs that follow form an eerie portrait of the small town of Black River Falls in Wisconsin, rendered in austere black and white. Sanguinetti made her first physical visit there in 2014, but she had already embarked on an imaginary one long decades before, sparked by a chance encounter with the book Wisconsin Death Trip. A curious find for a child growing up in Buenos Aires, the book introduced her to the harshness of life in the Midwest at the turn of the century.

Compiled by writer Michael Lesy, that book from 1973 pairs two hundred images taken by small-town photographer Charles Van Schaick with newspaper accounts to create a visual record of everyday tragedy in a specific time and place; tales of death, unemployment, disease, madness and murder are scattered around formal portraits of the town’s inhabitants—the old and the very young, sometimes photographed alive, sometimes already dead. In an interview given decades after the book had gained a cult status, Lesy reflected on the power of this small-town saga to remind us of our own “predicament.”

A melancholic feeling overcame the nine-year-old Sanguinetti back in Argentina as she leafed through the book’s pages; for the first time in her life, she came face-to-face with her own predicament. “The somber people staring back at me, the way the images are randomly repeated, mirrored and magnified, like a kaleidoscope, led me into this mysterious world that hinted at stories; dramas that were implied, but not fully explained,” she says. “It was seeing a spread of a girl in her coffin and an impossibly old woman that particularly threw me into a panic. I had my first realization that I too was going to die, and I remember thinking the only reason I knew these people had been alive is because of the photographs. My literal response to this was to ask for a camera.”

It’s a realization that would be bound into the act of photography from that moment on, along with the “dread and wonder” Sanguinetti describes in the epilogue of her book that course through the images she has made ever since. Both dread and wonder because to photograph someone is really an act of love, a tender gesture to keep them from disappearing in the knowledge that they will eventually go all the same, to be outlived by their picture. Though made a century apart, Sanguinetti’s Some Say Ice bypasses the hot mess of our oversaturated contemporary image-world to channel the reverential spirit of Van Schaik’s portraits, back when photography was a near-magical technology of remembrance. The impulse to create a proof of our existence, however, remains the same after all this time.

Though haunted by the ghosts of its forebearer, the Black River Falls of Some Say Ice has a different, uneasy pulse; the people we are looking at are still very much alive, pictured through the eyes of an outsider. With the imaginary familiarity created by the words and images of Wisconsin Death Trip held close, Sanguinetti’s portrait of the town dallied between “discovery and recognition,” soon taking on a life of its own. “They guided the work the most in the first visit, when I made-believe I was the town photographer,” she explains. “I tried to make the portraits in the most detached manner possible, as a local photographer 100 years ago would have, the only goal in mind to present a dignified semblance of each subject.”

The photographer’s feeling of “dread and wonder” infuses the portraits in the book, which are both awkward and affectionate. A sensitivity to the in-between states of adolescence, present in many of Sanguinetti’s projects, is drawn into sharpness when interlaced with pictures of the town’s older residents, the energy and metamorphosis of youth simmering beneath the book’s icy surface. From the group of girls posing stiffly in their choir outfits to the teenage boy, alone seated at a piano, to the doe-eyed girl dressed in a bejeweled white gown, face framed by curls, a sense of performance runs through the pages, building up to give the sequence its own stilted rhythm.

Taking its name from the first line of a Robert Frost poem—“Some say the world will end in fire, Some say in ice”—the book hides its own sinister violence; a sense of dread buried below the blocks of frozen water that appear again and again across its pages. Most vulnerable to this lurking violence seem to be the animals of Black River Falls; the “wondrous silent witnesses to our lives,” as the photographer describes them. Sometimes figuring as intimate domestic companions, sometimes as mounted corpses in a museum or living and breathing in the wild, lightly flecked with snow, their fragile lives are at the mercy of human hands or subject to the harsh elements. On one occasion, the tension breaks to the surface; a confrontation between a policeman and a dog pulling on its leash. And still, time refuses to pass across these pages.

Much like its ancestor Wisconsin Death Trip, Sanguinetti’s own portrait of Black River Falls is jarring and enigmatic, full of “implied dramas” that aren’t fully explained. Like stills plucked from a film we never get to see in full, she provides us with the ingredients of a gothic mystery to piece together ourselves. A cast of protagonists, a scattering of clues, the rhythms and routines of rural life played out against a harsh Midwestern backdrop swell into a foreboding mood, leaving us to imagine what might take place in the blank pages between pictures. 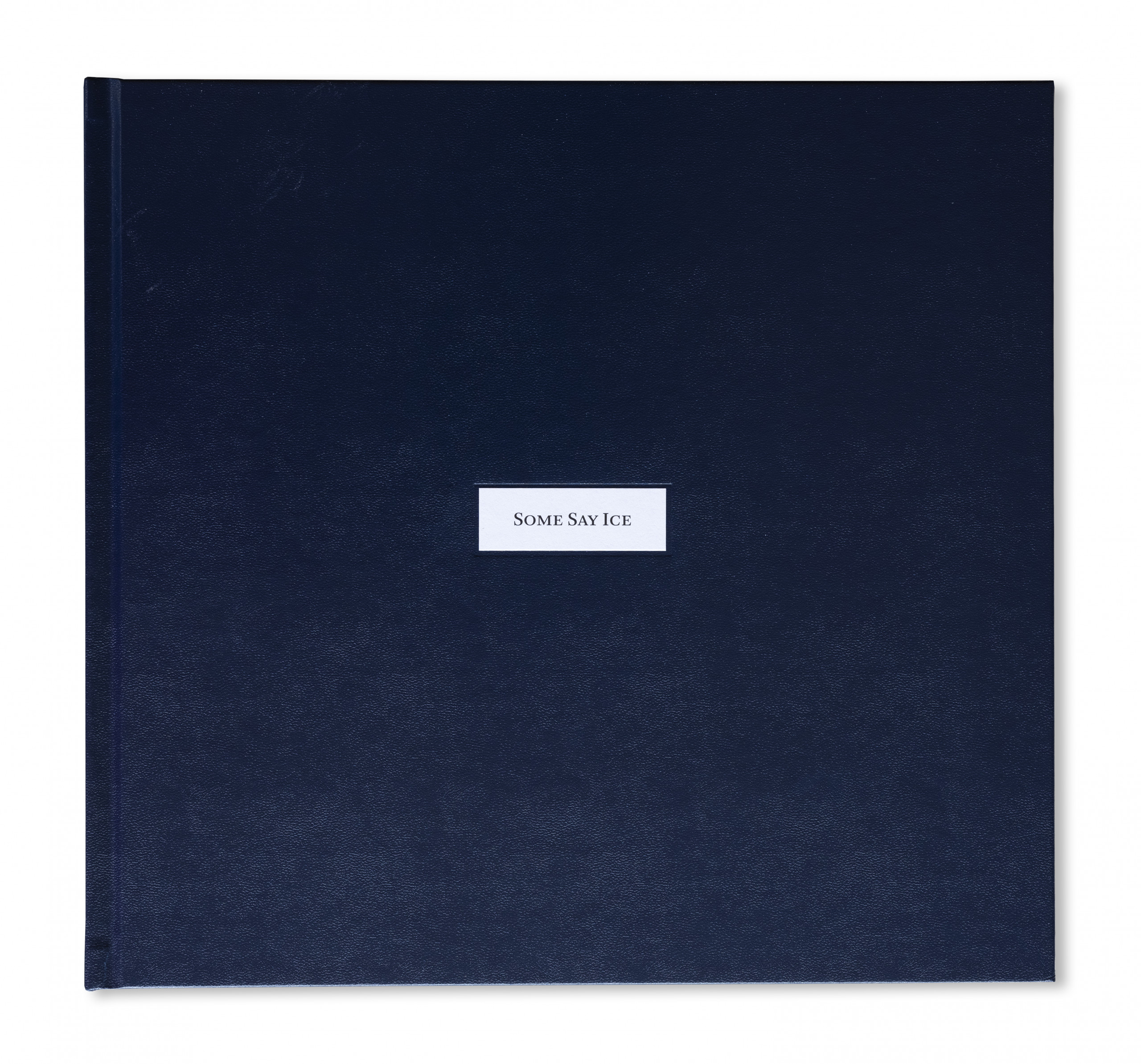