Book review
La Calle: On the Streets of Mexico
A master of light, color, geometry and complex mise-en-scène, Magnum photographer Alex Webb plunges us into the vibrant streets, alleys and unseen corners of Mexico’s human landspaces.

La Calle: On the Streets of Mexico
A master of light, color, geometry and complex mise-en-scène, Magnum photographer Alex Webb plunges us into the vibrant streets, alleys and unseen corners of Mexico’s human landspaces.

Since joining Magnum Photos at the age of 24, Alex Webb has certainly kept himself busy. His book, La Calle, a handsomely produced volume containing 86 photographs, gathers together work produced by Webb over the course of his numerous trips to Mexico between 1975 and 2007.

For those unfamiliar with Webb’s oeuvre, the book contains eight uncharacteristically black-and-white photographs—surprising, given Webb’s love of color. Yet these are important examples of Webb’s early work, the kind that first attracted the attention of Magnum when he was beginning his career. Despite their simplicity, it is not difficult to see what caught their attention: take his 1978 shot of a graveyard, with a boy in the foreground addressing the camera and two riders on one horse cantering by in the background. Fresh floral wreaths indicate memories of those buried here, but a cross is slowly collapsing into the ground and an old shack looks disused; memories also die, in time, and the realm of the eternally departed is framed by the temporality of the two riders and the boy who questions the viewer’s intrusive presence.

Not long after, Webb’s turn to color seemed like a natural progression for a photographer immersing himself in the unmissable hues of sun-drenched Mexico. Writing in La Calle, Webb associates the move away from black-and-white with his first experience of the city of Oaxaca: “I began to get a sense of what Octavio Paz has called ‘Mexicanism’—delight in decorations, carelessness and pomp, negligence, passion and reserve.’” Fortunately, the danger of slipping from observant “Mexicanism” towards visual clichés of a tequila-soaked land of lazy ease and melancholic indifference is not something to which Webb succumbs. Instead, he captures Mexico’s street (“la calle”) life with finesse and respect: children play, dogs sit, lovers embrace, people stand and wait, life unfolds before his lens and our eyes.

Many of the photographs are complex mise-en-scènes—the opposite of minimalism—using light, shadow and colors in extraordinary ways. In “Ajijic, Jalisco” (1983), a girl steps along a sidewalk, her motion suspended by the stillness of enveloping shadows on the bright yellow wall she is passing.

Webb’s camera takes on the role of a stage manager, placing its subjects and directing the light while hiding other spaces in blackness. Plot lines can be guessed at but not known for sure. For example, a dramatic scene—depicting a possibly dead man on the street and the shocked grief of onlookers who may be family—leaves us with far more questions than answers.

La Calle is not trying to tell us one specific thing about Mexico; Webb doesn’t have an argument. Rather, he presents a series of scenes—rich human and urban landscapes filled with social and natural interactions—that leave us to make up our own minds. Interspersed between the photographs are short pieces of text by noted Mexican and Mexican-American authors, who offer their own reflections on the nature of the street life that Webb explores with his camera. In the end, the photographer himself offers us plenty of material through which to explore and imagine ourselves in these distant, yet enchanting, worlds. 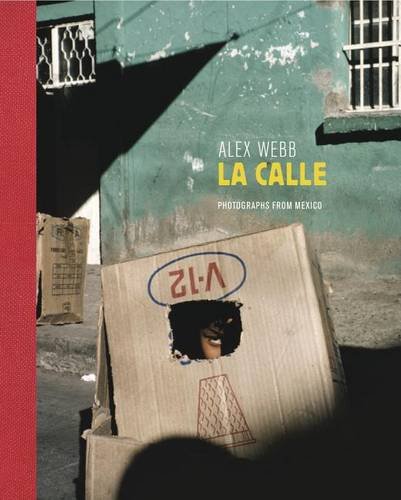 Editors’ Note: The 5th annual LensCulture Street Photography Awards are open for submissions. We’re delighted that Alex Webb is on the jury, along with seven other important jurors from around the world. There are also a number of great awards and benefits for everyone who enters. You can find out more about the competition on its Call for Entries page.