Editor's Note: Listen to our 4-minute audio interview while looking at the full screen slideshow above. Then, enjoy the review below.


In his photographic project  Pastoral, Alexander Gronsky portrays the outskirts of Moscow. Here, he finds places where humanity tries to find a refuge far from the city, only to collide with the endless nature of urban expansion.

As Mikhail Iampolski writes in the introduction, "The title of the cycle is ironic. A pastoral always depicts a rural idyll, in contrast to the life of city dwellers, to whom it is addressed. In Gronsky’s cycle, the cardinal difference between the rural, the natural and the urban is lifted. This particular pastoral is not about a contrast, but about an indefinite transition. "

The space explored lives "in between", suspended between the known city and the other side, a quickly receding, fragmented idea of nature. Gronsky is a landscape photographer at heart. His skillful use of perspective and talent for composition lead the observer’s eye deeply into the landscape, generating a sense of astonishment for every place portrayed in photo. But simple astonishment deepens into something more complex as we take in the layered images: glimpses of skyscrapers and industrial parks can be seen in the distance between the trees, open beaches lie surprisingly close to the confines of the city.

And of course, these pictures are not only natural landscapes, as human presence is a constant. But what kind of human presence is it? Seemingly insignificant. At times, the human being become almost indistinguishable from the waste in which they frolic. As Iampolski writes, "If life spreads here, outwardly from the city, why are the new constructions so empty, as if the population had already abandoned them? Is this an end time or a beginning time?"

Yet these are not lifeless, unemotional photographs. Although the perspective can appear objectifying, faceless, and absolutely, coldly precise, there is an even deeper feeling below. The photographs relate with their environment in such a direct and immediate way that Gronsky's revelation of the world resonates deeply within us, the viewers. While we don't feel the presence of Alexander Gronsky himself, his images convey his vision as purely as anything could.


Editor's Note: The book "Pastoral" will be published on January 25th, 2014 by Contrasto Books. The work will also be shown in an exhibition at Polka Galerie, opening on the same day. 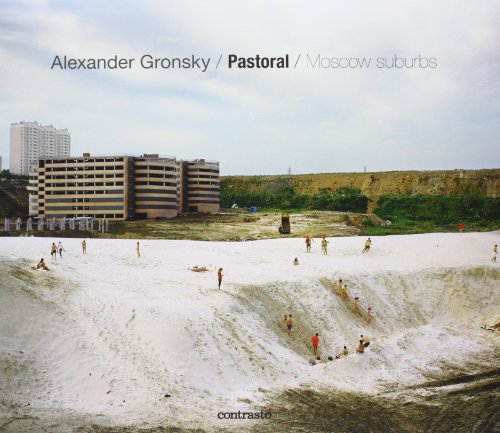