Interview
“No photograph without … longing”
Swedish photographer Anders Petersen was elected Photographer of the Year at the Rencontres d’Arles in 2003. In 2007, he was one of the four world finalists in the prestigious Deutsche Börse Photography Prize. Now, in Lens Culture, he generously shares 20 new photos, and talks about his work and...

“No photograph without … longing”
Swedish photographer Anders Petersen was elected Photographer of the Year at the Rencontres d’Arles in 2003. In 2007, he was one of the four world finalists in the prestigious Deutsche Börse Photography Prize. Now, in Lens Culture, he generously shares 20 new photos, and talks about his work and life in an insightful and compelling 18 minute audio interview. 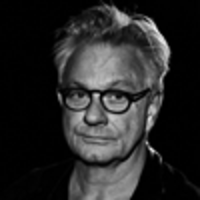 Anders Petersen, one of the most important European photographers living today, has been shaking up the world of photography ever since his debut of raw and intimate photographs of late-night regulars in a Hamburg bar in the 1960s. That body of work was published as a book, Café Lehmitz, which is now widely considered a seminal work in the development of European photography. (On par with, but very different from, Robert Frank's The Americans).

It is practically impossible to separate the man from his photography. He carries his small Contax T3 always, and captures beauty in some of the most unlikely places. With his camera, he records an intensely curious and personal diary.

Born in Stockholm in 1944, he went out on his own, at age 18, to discover the world, starting with Hamburg, Germany. There he encountered a wild nightlife counter-culture which was incredibly and thrillingly different from his rather staid upbringing in Sweden. He soon befriended prostitutes, transvestites, alcoholics and drug users, and adopted a love of nightlife and people living beyond the margins of polite society.

After seeing one photograph made by Christer Strömholm (a cemetery at night with dark footprints in the snow), Petersen went back to Sweden to meet and study photography with Strömholm between 1966 and 1968. Then he returned to Hamburg, where over the course of several years and many many late nights, he took the photos that became his first book, Café Lehmitz.

Since then, he has gone on to publish more than 20 books, almost all of which feel like personal diaries of his experiences with people and places that are only encountered in the outskirts of towns or under cover of darkness.

For an extend period of time, he practically lived in a high-security prison to make the photographs for his 1984 book, Fangelse. He has also documented, in his highly personal style, the people in an insane asylum, and others living in a home for old people. In each body of work, Anders Petersen forces us to regard — from often uncomfortably close vantage points — situations and people that most of us would avoid at all costs. Yet, what he reveals is tenderness, beauty, and common humanity.

In 2005, Anders Petersen spent two two-week residencies in the towns of Gap and St. Etienne in southeast and central France, where he was able to find and photograph more of the outsiders and outcasts that always seem to attract him. The photographs are sometimes disturbingly intimate and difficult. When I first saw them exhibited in Arles in 2006, they made everything else on display at the huge photography festival pale in comparison. They became the “buzz” in Arles. And everyone realized that Anders Petersen (that wildly energetic 62-year-old guy) is still making some of the most arresting personal documentary photographs today — almost 40 years after the powerful and poignant photos from Café Lehmitz.

So, it was with great pleasure that I was able to spend some time with him in November 2006 while he was in Paris. We talked about photography and life in general. We recorded an interview in a busy noisy place. And he generously agreed to share a portfolio of his recent work in Lens Culture, including many images from the exhibition in Arles.

His photographs speak for themselves, but it is a joy to listen to him speak. In this great audio interview for Lens Culture, Anders Petersen talks about: voyeurism, curiosity, vulnerability, longing, and humanity; what qualities he finds essential in making a good photograph; spontaneity versus planned photography. And near the end of the interview, he reveals in humorous detail, one of his working processes (creating a "psychological trap") that allows him to earn friendship and collaboration with strangers all over the world.

Imagine a happy zen monk with a small camera in his hands and a twinkle in his eye — that is Anders Petersen.

And as an added bonus, here is a 20 second sound bite about what Anders loves about black-and-white photographs.