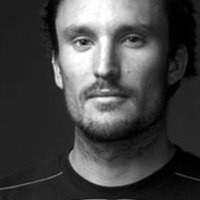 Award-winning photojournalist Andrew Quilty’s career has shifted dramatically as major marketplace dirsuptions have affected the media industry. In a short period of time, he’s transitioned from being staff photographer at a major paper in Australia to a freelance photojournalist on his own in Afghanistan.

From Taloqan the provincial capital of Takha, Northern Afghanistan, Quilty spoke to Kyla Woods about his beginnings in photojournalism, the founding of the photo agency he joined, Oculi, and the risks of being a freelance photojournalist.


K: How did you get into photography?

A: I don’t have one of those “it’s always been my dream” stories. Two of my uncles were photographers. One of them gave me his old Nikon F3 and a bunch of lenses and the other gave me a little camera bag. I had this ready-made kit, and I went traveling around Australia for six months.

When I got back, I enrolled into a course and the path continued. But at that point I didn’t know what sort of photography I was interested in at all.

K: How did you get into photojournalism then?

A: It was mostly because of my peers and company.

While I was studying, I worked at a bottle shop. One of my customers was a picture editor at Fairfax Media in Sydney, one of the two main print media organizations in Australia. I’d talk his ear off about my growing interest in photography and he was always very supportive. One day he said, “Why don’t you come in and gain some work experience with us?” So I did, and that’s when I met all these photographers who very quickly became my idols.

Work experience then ended up turning into work. I started spending more time with these people and eventually some of them became my friends – a lot of them shaped the way I thought and inspired me.

K: What section were you working in?

A: I was working for The Australian Financial Review. I had no interest in finance, but the fact that I was being paid to take photos was pretty incredible. I got mentored by senior photographers. At the same time I tried many different genres of photography such as sports photography.

K: Tell us about the photo collective Oculi?

A: Started in 2000, it was at first comprised of photojournalists or documentary photographers who were working in staff positions for either Fairfax or News Limited. It was born partly out of frustration of many problems including not getting their work published the right way. The Internet, however, allowed them to take control of their own work. All were from Australia working specifically on subjects within Australia and the region. Founding members included Trent Parke (now with Magnum Photos) and others like Dean Sewell and Nick Moir, both of whom have influenced, pushed and inspired me.

In fifteen years the group has changed significantly. The most marked difference from its genesis is that the makeup of the group is now probably only half who are what you might refer to as traditional photojournalists, while the other half undertakes/pursues other avenues of both funding and distribution. The group is proud of nurturing young talents and so we were all delighted when Oculi’s newest recruit, Raphaela Rosella, was recently awarded a World Press Photo Award.

K: When did you join Oculi?

K: Are most of your colleagues in Australia freelancing?

A: Many are freelancing. Last year, Fairfax let go of around 70% of their photographers nationwide at their flagship newspapers, like Sydney Morning Herald, The Age and The Financial Review.

There are still some who are working for Fairfax through Getty - Fairfax signed a deal with them but a couple of former staff at Fairfax, declined to sign the contracts that Getty were putting in front of them, which had pay reductions from what they were on at Fairfax, no benefits and, no rights. As a result, work is hard to come by there for them now. For people who had worked there, even as freelancers, Fairfax was their bread and butter, and probably at least 50% of their work.

There are photographers there who have won multiple World Press Photo awards, and who are really struggling to make a living. I think I probably left Australia at a time that, in hindsight, was fortuitous, as I’ve managed to make some inroads with outlets outside the country. I think only 20% of my work comes from Australia these days.

K : When did you relocate to Afghanistan?


“In Afghanistan, the stories are at a level that I’ve never experienced in Australia or in the US. I honestly can’t remember having to work on a single story here that’s been the least bit trivial. Everything you point a camera at is compelling as a photographer.”

K: Did you make some good connections?

A: It was good to meet the people who work at these places. But I also discovered that you don’t have to be there to work for them. When I was in New York, I would be jumping for joy if I got to shoot something for The New York Times, and get paid for a day’s work.

Whereas in Afghanistan, the stories are at a level that I’ve never experienced in Australia or in the US. I honestly can’t remember having to work on a single story here that’s been the least bit trivial. Everything you point a camera at is compelling as a photographer.


“The danger, as a freelancer, is that it’s often very tempting to save a few dollars by, for example, walking instead of paying for a taxi, or going to shoot something without a translator. While staffers here have all that covered, freelancers have to weigh up the possible risks and gains, and act accordingly.”

K: How do you work on stories in Afghanistan? Can you talk about the pros and cons of freelancing?

A: Yes, usually. It depends on whom I am working for. I might be working with a writer who may or may not have staff fixers, whereas if I am doing personal work or self-generated work, I’ll have to employ a fixer, translator, or driver myself and cover those costs. Unfortunately, it’s close to impossible to make back the money that you put into it in the short term.

The danger, as a freelancer, is that it’s often very tempting to save a few dollars by, for example, walking instead of paying for a taxi, or going to shoot something without a translator. While staffers here have all that covered, freelancers have to weigh up the possible risks and gains, and act accordingly. Of course there are benefits as a freelancer as well; freedom being the major one. I suppose it’s being responsible with that freedom that’s the important thing.

K: How do you work over there?

A: The way you have to work here is a lot different from what I was used to. I always liked to spend a lot of time with the people I photographed, whereas here, the general rule of thumb is ‘don’t stay in one place for more than half an hour’. So, it’s often a case of get in, get what you need, and get out before anything can be organized to affect your security. Those sorts of basic precautions have kept me safe to this point.

Friends and colleagues here are very supportive as well. Everyone knows the drill about calling in once or twice a day, using tracking apps on your phone, etc.


“I can’t afford to have insurance 100% of the time I’m here; it’s completely unaffordable for a freelancer in a place like Afghanistan. Instead I’m selective about when I use it.”

K: Can you tell me about one of those risky situations?

A: One time I was about two hours drive out of Kabul in a province just to the North. I was working on a story with Azam Ahmed from The New York Times about how close the Taliban insurgency was to Kabul. We were going to this place that was reputed to have a heavy Taliban presence and to get there we needed a police escort.

As the armored escort carrying the district governor was coming to meet us at a police base, they were ambushed, blown up by IEDs and attacked with gunfire. We were about 10 minutes away from the ambush.

K: Are you covered by insurance?

A: I can’t afford to have insurance 100% of the time I’m here; it’s completely unaffordable for a freelancer in a place like Afghanistan. Instead I’m selective about when I use it. Generally speaking, that means anytime I leave Kabul for the provinces. Reporters Without Borders is one of the few that offer it for Afghanistan. You can buy it day-by-day online as you need it. I think Syria is the only country where they do not offer coverage at the moment. For the most part though, planning is the best insurance - doing what’s possible to mitigate risk.

The front lines are almost invisible in Afghanistan. You can walk the streets in a district in Helmand one week and the next it’s been overrun by insurgents. It’s not like the Taliban has a uniform that you can watch out for. There’s an old surfing saying that for every shark you see, seven or eight have seen you. It’s pretty similar here I think.

— Interview with Andrew Quilty by Kyla Woods, for Blink.la, the photographers’ network.

About the writer:
Kyla Woods works as a freelance writer specializing in current affairs, photography, and design. Her work has appeared in Long Cours, Le Figaro, Le Point, This is the What, and Foam Magazine. She writes regularly for Musée Magazine, Peril Magazine. Originally from Melbourne, Australia, Kyla is based in New York.