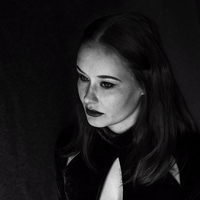 Since land art is often made with the understanding that it will be destroyed by natural elements, its photographic documentation has become crucial for maintaining memories of its existence. But what if the practice of photographing these natural installations was treated with as much importance as the creation of the land art itself? Rather than snapping photos to remember a piece for historical archives or personal files, some artists see the photograph itself as the final work of art. This allows the site-specific installation to be experienced and appreciated by people all over the world.

For artist Anna Reivilä, the photographs of her interventions with the natural landscape are just as important as her land art itself. Rooted in the tradition of black and white photography, Reivilä creates crisp images of her alterations, so that her black and white ropes stand in stark contrast to the objects she precariously weaves and knots them around. These images make up her photographic series Bond, an ode to the Japanese bondage techniques that she uses to knot each piece. At first these cocoons and overlays appear as casual placements, but on closer inspection, it is apparent that many of her selections require an extremely gentle and deliberate hand while interacting with intense natural elements.

In this interview, Reivilä speaks to LensCulture about her personal relationship with nature, her family heritage and its relationship to knotting, and what interests her about black and white photography.

LensCulture: While you ultimately represent your work through photographs, I actually think of your pieces as something closer to land art. Can you tell me how you came to integrate these two practices together?

Anna Reivilä: When I first started in the fine arts, I was doing installation work, and then I gradually became interested in documenting these installations with photographs. Unfortunately when I was in school, installation work and photography were really pushed as two separate streams, and we were made to choose one over the other, so I was in a mode of making photographs that I would just end up destroying. Then once I took a step back, I shifted again and only did installations. I thought I had to forget about photography altogether. It took me some time to come to the realization that they could work together.

LC: And because you make this art in such remote areas, photography is really one of the only ways you can show this work to the public when you return.

AR: Yes, it usually takes me a few days of hiking before I get to these places. Now I really see myself as both a photographer and a land artist. Doing a piece involves so much hiking and travelling in the wild – in a lot of ways, this work is about being a nomad. I don’t root it to any place that I might call home. For me, an essential part of my work is travelling and wandering around in nature.

When I take a photograph of my piece, and hang it on a wall and exhibit it for an audience, it’s brought down off its pedestal and becomes a nomad itself. And each time these photographs are shown, they are their own continuation of my wanderings. I feel a connection to these photographs, like they are an extension of myself.

LC: And how do ropes contribute to this extension?

AR: For me, using ropes as lines is like a new way of drawing. I’ve been drawing for my whole life, so with ropes I can search for big lines and create volume and segments out of open space. It was quite natural for me to start using them, because it was like a continuation of my drawing.

LC: All the images in Bond are monochrome, and are also very sharp and striking. Can you tell me a bit about why you chose this particular way of photographing each land piece? It’s interesting how the ropes, which are black and white, play off this contrast as well. What is it about this dualism that interests you?

AR: I loved the idea of making the ropes more prominent in the landscape. The obvious visual reason for it is that the landscape is quite dark, and when the rope is white, the contrast is more striking. But it also creates more of a powerful axle, which contributes to the dynamics, light, space and volume that I am creating.

I also love this idea that when we see a black and white photograph, we immediately know what it is, which is also the case with film. In a way, it brings the viewer into the world of the photograph itself, and I like that because it makes whatever I am photographing a non-site, because we can never actually see the subject in black and white with our own eyes. This is only possible through photography. In this way, it isolates the piece from its origin and the place it was taken.

LC: That’s so true. Tell me a bit about the rope techniques you use, because they seem very specific. Is this something you learned how to do growing up?

AR: In Japan there is this idea that ropes and knots symbolize the connection between human beings and the divine, as well as sacred places and moments. I’ve been sailing my whole life, which stems from my family lineage – even my surname refers to sailing in storms, so it’s really something that comes from my own heritage!

Of course, knots and ropes are essential for when you’re sailing, so for me, using ropes as lines was a really natural feeling. And because my works are about the physical experience of a connection between humans and nature, for me the ropes and knots are symbolic of that as well. They represent my connection to their surroundings.

LC: When you go on these long hikes and excursions, how exactly do you decide what you’re going to tie these ropes and knots around? How do you choose the subjects for each of these works?

AR: My works do involve so much walking, even though you can’t necessarily see that walk in the pieces. For example, in one of these works, I was near a large sea. A nearby pond had developed because the waves splashed over the rocks, and when the seawater retreated, it left behind this pool with a rock in the middle. For me, the essence of that place and the feeling that I had when I saw it was something I really wanted to harness, because the water was so calm, even though the archipelago is so wild.

LC: Can you explain what your frame of mind is like when you’re roping these objects? I assume the repetition of it is quite soothing, in some way.

AR: I actually get into a sort of meditative state. I work in quite remote sites in Finland, and because it’s such a small country – we only have 5 million people living there – it’s easy to find these isolated areas. I made a lot of these images in the archipelago, which is uninhabited. I’ll go there and hike for three months, just to be there with nature. I like finding these places where elements combine to create these interesting natural tensions. I usually see something and know right away that I want to work with it.

But of course, sometimes it might not work. But for me, roping up a boulder or tree is really contemplative, because you also have to push your own limits as a human being. There are all these basic instincts reacting to danger or fear, and everything becomes much clearer and closer to you. For example, if you’re working in deep water, you’re really in tune with all the different sensations – including feeling the coldness of that liquid. And all of that puts you into this really deep meditation.

LC: You mentioned that there are times when it doesn’t work out, or times that bring you out of this flow state. Can you give me some examples?

AR: It’s interesting because as I am roping up these things, I maintain a good flow in my mind, but when I have to un-rope, it becomes such work. It’s nothing like this meditation or relaxation that I’m talking about.

There are also some pieces where I arrived at an island saw something I absolutely wanted to work with, but it was so stormy that the ropes were just flapping around too much, breaking my concentration. So when I finished each piece, the feeling was too strong and it was too difficult. I had too much personal investment in it, so I couldn’t even look at the photograph of the work for almost a month. In fact, the emotional attachment is still too strong.

LC: The other reason why these ropes are so interesting is because you’re in this totally natural and serene landscape, and then you present this obvious man-made thing, placing it over top of the natural elements. I wonder, do you have any special considerations that go into selecting what types of rope you use?

AR: Definitely. For me, it’s important to use ropes made of natural material. I don’t want to use plastic ones, because you can tell they are synthetic when they glint in the sun. It’s also very important for me to have this physical experience, where I can feel the material in my hands. I like this idea that the rope’s materials come from nature, but are then woven into something by the hands of a human, making it into something foreign to the nature it came from.

LC: Part of the reason this work is so powerful is because it is immediately striking, but I’m wondering if there is a particular message about nature that you want your viewers to walk away with. What questions do you want your audience to ask themselves when they see your work?

AR: While I am very worried about the environment and climate change, the most important thing that I want people to take away from this work is to see themselves in it. I’ve had a number of responses where people approach me and say something like, “You know, this is so silly, but for some reason I see myself in this image. Does that sound crazy?” To bring that same connection that I can have with the site to someone who is viewing the photograph is really interesting to me – it could be a connection to that place, the element, or even their heritage and soul line. To me, those are the most remarkable reactions.