Interview
The Best and Worst of Times: Talking Photobooks With Aperture’s Lesley Martin
A leading expert in the field shares her thoughts on the “golden age” of photobooks and offers advice to aspiring authors.

The Best and Worst of Times: Talking Photobooks With Aperture’s Lesley Martin
A leading expert in the field shares her thoughts on the “golden age” of photobooks and offers advice to aspiring authors. 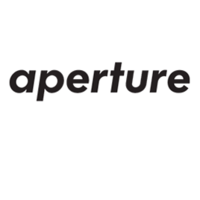 Over the past decade, the photographic world has witnessed an explosion in the photobook medium—with publishing houses of all shapes and sizes, international awards and prizes, widespread experimentation and ever-sharper critical discourse. In the words of photobook enthusiast (and Magnum photographer) Martin Parr, we find ourselves in a “golden age.” Where did it come from? Where is it going?

Who better to assess the current state of affairs than Aperture Foundation’s Creative Director Lesley Martin? Immersed in the photography world for well over 20 years, Martin is responsible for Aperture’s impressive annual publishing output as well as the semi-annual publication The PhotoBook Review. She also co-founded the Paris Photo–Aperture Foundation PhotoBook Awards, one of the field’s most prestigious prizes.

LensCulture is honored that Martin has agreed to be a member of the jury for the Magnum Photography Awards 2017. We spoke with her about her beginnings in the field, her thoughts on the prolific world of photobook publishing and her advice for anyone interested in producing a book—

LC: How did you begin working in photography? What are the main career milestones or turning points that led you to your current position?

LM: Although I’d been interested in and engaged with photography in different ways, an internship at Aperture was my entrée to the “real” photo community. That said, I don’t think I’d be where I am now if I hadn’t taken time after my internship to explore other options, to freelance, and to work with other publishers before coming back to work here.

I can’t point to one particular milestone or another, but I’ve had the good fortune to work closely with many amazing photographers, designers, writers and other editors. I learned something from each of those experiences.

LC: These days, Aperture publishes between 20-25 books a year. My question: how do you balance the question of quality vs. quantity? You want to publish a certain number of books each season, but you also want to put out only great books. What’s the internal bar that something has to pass in order to be given the green light?

LM: There’s no set quota or numeric goal for the number of titles we produce each year; the main thing is that we have to feel that we’re publishing the best possible list across a spectrum of topics and types of books—it can’t all be artist books or all thematic explorations. Each project needs to stand out as the best possible book we could be doing in its particular category. And, of course, sometimes an editor just falls in love with a project and finds a way to make it happen. After that, we need to know that we can somehow make each individual book viable—which often means a combination of fundraising, prints sales, or other types of partnerships if we don’t feel we can sell enough copies to sustain the publication.

LC: As a photobook lover, I imagine the boom in publishing has been a great boon for you—so much more to discover! As a photobook publisher though, how do you see the current landscape? Are we truly in a “golden age” right now?

LM: This is a question that has been answered and debated in so many different ways…The most obvious response is Dickensian. Yes: it is the best of times and it is the worst of times. The best because there’s so much attention being paid to the possibilities of the book; the bar is high for anyone publishing today, and there’s a lot of energy and creativity coming out of the indie and self-published book makers. Additionally, there are so many opportunities for a photographer to tap into international communities—online conversations, umpteen different photobook fairs, etc.

It’s also the worst of times because we are awash with photobooks, and it can become overwhelming and difficult to know where to focus sometimes. And with so many more books being made overall, it’s inevitable that there are also increasing numbers of poorly conceived and executed books.

LC: You’ve taught a class at ICP titled, “What Makes a Photobook Work.” When working with students, what advice do you most often give to aspiring photobook makers?

First: take the time to really assess why you want to make a book—this sounds obvious, but a lot of people come to me with the impression that they should make a book without having really thought it through. Also ask yourself about the concept behind your project and book—what is it really about? Finally, who is your audience?

If you can’t answer those questions honestly, you’re not ready to publish a book. Of course, that doesn’t mean you can’t make your own book. Go ahead and make a dummy; make a small private edition; play around with the form. But publishing a book is a slightly different step from making a book, practically speaking.

Second: take the time to identify what you like in a book. What are you drawn to in a bookstore and why? Look carefully and try to figure out how the books you like were put together—what decisions were made in choosing the materials, in designing the book?

Third: buy some books. The photobook community cannot be made-up exclusively of book-makers—someone has to buy them, too! It’s a karmic thing.

LC: You’ve had a long-running interest in Japanese and Dutch photobooks. Given the global prominence of photobooks today, do you think that such defined “regional” styles still exist, or are we moving towards a globalized world? E.g. a Spanish photographer makes a Japanese-influenced book with Dutch typography and the picture are influenced by Martin Parr—does that mean it’s a “Spanish” book? Do “purely” Spanish / Japanese / Dutch books still exist?

LM: If I were to extract one of the qualities that both Japanese and Dutch photobooks share and that I find most appealing, it has less to do with what we thinks of as classically “regional” qualities and more to do with a particular attention to materials and a collaborative approach to the designer / photographer relationship.

Both of these characteristics are increasingly valued by the international photobook community-at-large. So, yes, there is a newly evolved culture of the contemporary photobook that cuts across regions and has more to do with an increased connoisseurship of the photobook. The temptation now for book makers is to take an increasingly baroque approach to the photobook that is less about finding new audiences and more about speaking to those in the know—a kind of regionalism in its own right.

LC: When judging a competition (such as this one) what are you looking for? Great pictures, sure, but so many people can make a handful of great images these days. How can you tell when a good photographer has the potential to be really great?

I’m looking for work that is thoughtful and that manages to push at the boundaries of my understanding of a particular subject and at the boundaries of the medium itself. There’s no simple formula, but the ability to surprise me and compel me to come back to look again and to engage further with the work is a good starting point.

Editors’ Note: The 2nd annual Magnum Photography Awards are now open for entries! Martin will be judging entries alongside Susan Meiselas, Alec Soth, David Hurn and experts from National Geographic and more. There are also a number of other great awards. You can find out more about the competition on its Call for Entries.