Feature
Anything That Walks
Anything that walks, swims, crawls, or flies with its back to heaven is edible in this new exhibition of vernacular Chinese food photography.

Anything That Walks
Anything that walks, swims, crawls, or flies with its back to heaven is edible in this new exhibition of vernacular Chinese food photography.

The Archive of Modern Conflict is an infamous institution amongst photography circles around the globe, its name often whispered with a knowing glance in conversations about peculiar source material and eclectic photo-historical objects. Its title comes from the original intention of the collection: to compile photographic material related to war and conflict. But since it was officially founded in 1991, the AMC has grown to embody a wealth of other peculiar topics, becoming a seemingly endless repository of photographic oddities spearheaded by the Archive’s curator, Timothy Prus.

At this year’s Jimei x Arles International Photography Festival (the young offshoot of the world-renowned Rencontres d’Arles) held in Xiamen, China, a playful exhibition of vernacular Chinese food photography is on view, organized by Prus and exhibition co-curator Ruben Lundgren. Humorously titled Anything That Walks, the show features a wealth of photographic source material, from competitive cooking photos to visual records of food stock.

“We first bought a little bit of Chinese food photography about ten years ago,” Prus explains. “But in the last year or so, I became more excited by the nature of that kind of food photography. I was first interested in the competitive cooking pictures, because they’re kind of strange, and elements of Chinese culture are brought into all aspects of the cooking. The creativity is what really struck me, and made me want to explore the topic more.” The materials in the show trace this interest, and were primarily sourced by Lundgren and collector Thomas Sauvin for the AMC over the last eight years.

The exhibition itself is held in the Jimei Citizen Square Main Exhibition hall, and when visitors first enter the space, they are faced with an array of dazzling sights, from a massive full-wall enlargement of the Great Wall of China made out of ham, to hand-colored photographs of vegetables hung in a traditional grid pattern. In the centre of the space, a series of tables and chairs are positioned for guests to sit. Each table is covered in a decorative cover characteristic of quick eateries in the region, and the patterns include the often-overlooked function of photography in the decorative components of everyday life. Baskets of sunflower seeds are available for visitors to eat at the tables, and the shells can be discarded on the surrounding floor space.

On the walls, the earliest material was made in the 1960s: saturated commercial banners of perfectly posed food, including mangoes. Outside of an exhibition context, passersby might write off such imagery as tacky and unimportant. But in Anything That Walks, the photos take on a significant historical narrative. Prus explains, “Mao was given a box of mangoes by the President of Pakistan during the Cultural Revolution, and they didn’t really have mangoes in China before that. As it turns out, Mao didn’t like fruit at all, and he gave them to some of the most zealous Cultural Revolutionaries, so the mango took on this magical aspect, where replicas were made, and people would recite the words of Chairman Mao to the fruit.”

While many of the original objects are presented in frames on the walls, the flow across each surface ranges from traditional hanging to incredibly enlarged, full-wall coverage. “I’ve always been keen on the issues surrounding the relational size of images,” Prus reflects. “So I love making things huge, but I also love incorporating tiny things. It’s like Alice in Wonderland.”

And while the sizes themselves make visitors feel like they’re walking through a photographic fun house, the sequencing is also clever. Themes across images play off of one another, so that animals chase each other in a zig-zag pattern across a wall, and similar subject matter from different source materials appear in conversation together. “A lot of it came from playing with the size, and then mixing the themes together,” explains Prus. “We didn’t want to put all the competition pictures together, or put all the images from the same time period together. The underlying order is much more visually relational, so we have pictures of turtles and fish and dragons chasing each other up towards a little boat, and the angle of the picture is actually determined by the angle of the subject within the frame.”

The most exciting aspect of the exhibition for vernacular photography lovers is the large podium in the centre of the space, where a number of original albums from the collection are on view for visitors to flip through, placing an emphasis on the original function of these everyday images. “It’s nice for people to touch the original material,” says Prus. “Exhibitions are about sharing stuff, and it’s amazing when there is something tangible and real to touch.”

It also gives viewers better insight into the amount of creativity that went into the construction of these records, especially in comparison to how we photograph food today. Inspired by these original objects, Lundgren and Prus created a limited edition catalogue to accompany the show. The publication consists of two hardcover menus, as well as a laminated, soft-cover insert typical of restaurants across China today. It comes with a menu holder and 15 toothpicks – a real dedication to the curators’ pervasive theme. The imagery inside includes 37 c-prints, four offset prints, and two original playing cards.

All the images are suspended on graphic backdrops, mimicking the Wonderland experimentation in size and ratio throughout the exhibition. You get the sense that you’re holding something precious, but it also feels common and familiar. “Pictures of food are taken and shared on WeChat or Weibo in a heartbeat,” the curators explain. “And when dinner is served, the camera eats first. It is easily forgotten how difficult and labor-intensive it used to be to present one’s ideas in a photographic way. Owning a camera and film were just the first hurdle. After a shoot, prints were made in a smelly darkroom, sometimes hand-colored and finally cut and pasted into albums. The process itself invited you to be creative.” The curators hope that both the exhibition and MeNu will give viewers a moment of pause in considering the history of food photography. “I want viewers to walk away having enjoyed their last few minutes in here,” Prus reflects. “So the next time they’re looking at some generic photography, they might stop and think bout it a bit more. Our world is littered with generic images that will always, at some point, become extraordinary.” 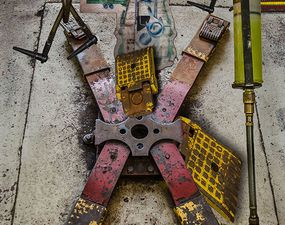 Wizard
Christine Anderson
A fun and quirky visual homage to love/hate relationships with old cars and their need for constant repair and upkeep. 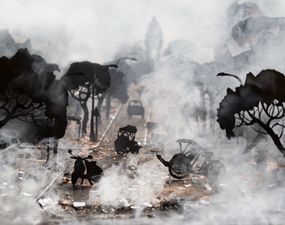 Left 3 Days: Shadows of Khmer
Remissa Mak
Evocative silhouettes and smoky battle scenes recreate a moment from Cambodian history so brutal that those who lived through it have tried their best to forget. 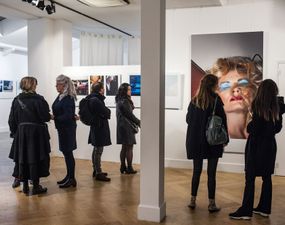 LensCulture Exhibition in Paris
“LensCulture Discoveries 2019” showcased the work of 52 remarkable photographers from 21 countries in Paris. 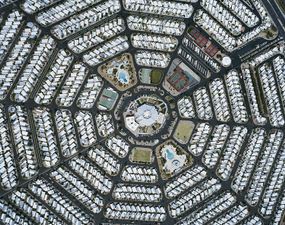 Metropolis - The City in the Urban Age
Noorderlicht Photofestival
This brilliantly curated show at the Noorderlicht Festival examines the consequences of more than half the world’s population now living in cities, which comprise only three percent of the earth’s surface. Fascinating photographs and... 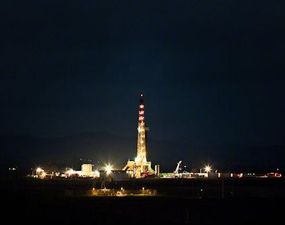 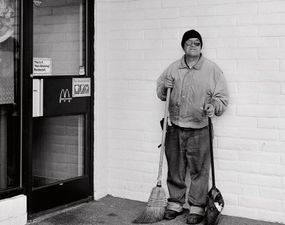 Learning How to See: Redwood Saw and Beyond
Richard Rothman
Recognizing your innate curiosity as an asset; seeing photographic series as novels; the life-long process of learning how to “see”—dive into a wide-ranging discussion with photographer and educator Richard Rothman.